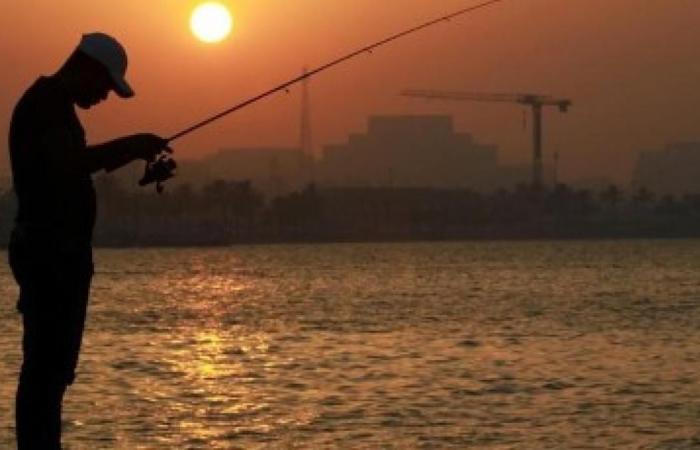 Although fish in the Gulf have generally adapted to higher water temperatures, the frequency and scope of coral reef bleaching in recent years suggest the region is at real risk of losing its bio-diverse ecosystem in the coming decades, said Pedro Range, Research Assistant Professor at Qatar University.

Global warming damaging to coral reefs, coupled with overfishing, could cause a 30 percent decline in future fish catch potential in Qatari waters by the end of the century, he said.

“In terms of climate change unfortunately the actions we can take on a local scale are irrelevant. What we can do is control local pressures that interact with climate change, in terms of controlling fishery stocks and habitat availability.”

“We have started an expansion plan to double our production capacity to 4,000 tonnes. We are obtaining permits for the expansion and building new cages,” said Mahmoud Tahoun, operations and development director for marine aquaculture at Al-Qumra, the company running the Samkna fish farm. “Five years from now, we expect to cover 60 percent of local demand.”

Fish farm production is supposed to prevent the depletion of fish stocks in offshore waters, where access is regulated by Qatari authorities. But Range said if that the broader international problem of excessive production of greenhouse gases that create climate change is not tackled, then none of the local fish-preservation efforts can be effective.

A University of British Columbia study in 2018 found that a third of marine species could become extinct in the Gulf by 2090 because of rising water temperature, changing salinity and oxygen levels, and human activities such as overfishing.

These were the details of the news Qatar expands fish farming as climate change affects sea stocks for this day. We hope that we have succeeded by giving you the full details and information. To follow all our news, you can subscribe to the alerts system or to one of our different systems to provide you with all that is new.