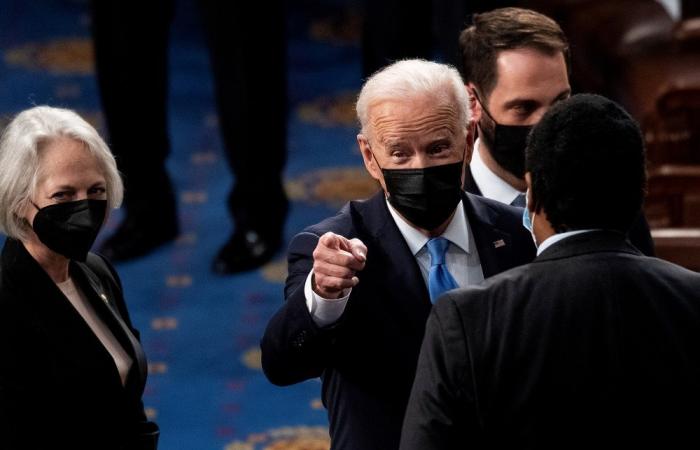 WASHINGTON, April 29 — US President Joe Biden yesterday urged Congress to pass a police reform bill in the name of George Floyd — a Black man killed under the knee of a white police officer — by the anniversary of his death on May 25.

Biden, a Democrat, told a joint session of Congress the reform was broadly supported by the American people, and that he knew Republicans were “engaged in productive discussions” with Democrats.

“We need to work together to find a consensus,” Biden said. “Let’s get it done next month, by the first anniversary of George Floyd’s death.”

The Democratic president drew a bipartisan standing ovation when he praised the police, saying “most men and women in uniform wear their badge and serve their communities honourably.”

But he said Congress needs to restore trust in law enforcement, end racism in the criminal justice system, and give meaning to the words of Floyd’s daughter, who Biden said told him “Daddy changed the world.”

“After the conviction of George Floyd’s murderer, we can see how right she was  —  if we have the courage to act,” he said. “Now is our opportunity to make real progress.”

Derek Chauvin, the former Minneapolis police officer who kneeled on Floyd’s neck for more than nine minutes, was convicted last week of murder and manslaughter.

The Democratic-led House of Representatives this year passed the “George Floyd Justice in Policing Act,” which aims to put a stop to aggressive law enforcement tactics, but the measure had not yet been considered by the Senate.

Republican Senator Tim Scott, in the Republican response to Biden’s address, said he was hoping to find support for his alternative policing reform bill.

A policing bill Scott introduced last summer failed in the Senate, after Democrats said it relied too much on incentives rather than mandating changes. — Reuters

These were the details of the news Biden asks Congress for police reform bill by George Floyd death anniversary for this day. We hope that we have succeeded by giving you the full details and information. To follow all our news, you can subscribe to the alerts system or to one of our different systems to provide you with all that is new.