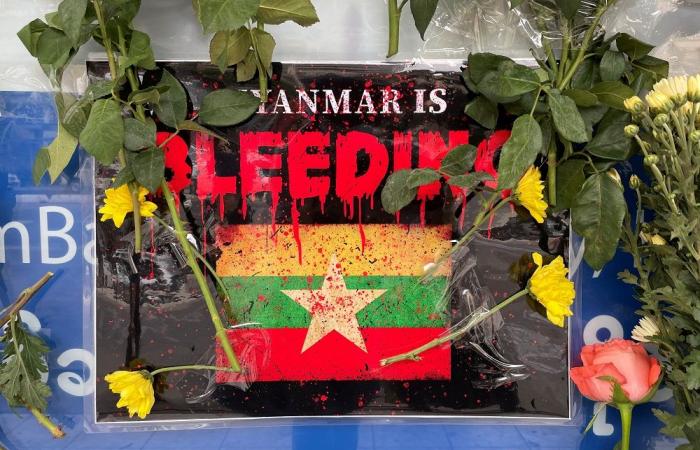 Hello and welcome to the details of Two Myanmar air bases come under attack, say reports and now with the details

YANGON, April 29 — Unidentified attackers launched assaults on two Myanmar air bases today, with blasts reported at one base and rocket fire seen at another, media and a witness said.

The attacks come after three months of turmoil in Myanmar triggered by a February 1 military coup. There was no claim of responsibility or any confirmation of any casualties in the attacks.

A military spokesman did not answer calls seeking comment.

In the first attack today, three blasts went off at an air base near the central town of Magway in the early hours, the Delta News Agency reported in a post on Facebook.

Security checks were stepped up on roads outside the base after the blasts, the news portal said.

Later, five rockets were fired at one of the country’s main air bases, at Meiktila, to the northeast of Magway, reporter Than Win Hlaing, who was near the base at the time, said in a post.

He also posted a video clip that included the sound of what appeared to be a rocket flying overhead followed by a blast. Reuters could not verify the clip.

Since the ouster of an elected government led by Nobel laureate Aung San Suu Kyi, pro-democracy protests have rocked cities and towns, and the military has cracked down with lethal force, killing 756 people, according to an activist group. Reuters is unable to confirm the casualty toll.

Fighting between the military and ethnic minority insurgents has also flared since the coup with the military launching numerous air strikes in border lands in the north and east.

While the armed forces have been battling insurgents in frontier regions for decades, attacks on such high-profile military facilities in central areas have been rare.

The growing insecurity comes as hope fades for a bid by Myanmar’s Southeast Asian neighbours to find a path out of the crisis.

The 10-member Association of Southeast Asian Nations (Asean) held a meeting on Saturday in the Indonesian capital with the junta leader, Senior General Min Aung Hlaing, and later said they had reached a “five-point consensus” on steps to end violence and promote dialogue between the generals and their civilian rivals.

But the junta has declined to accept the proposals, saying it would consider them “when the situation returns to stability” and provided the recommendations facilitated the military’s own roadmap.

Myanmar’s pro-democracy unity government, formed to oppose the junta, ruled out talks on the crisis until all political prisoners are released.

In an indication of the military’s determination to crush dissent, state television announced late on Wednesday that authorities were seeking to charge one of the main leaders of the pro-democracy protests with murder and treason.

Wai Moe Naing, 25, was arrested on April 15 when security men rammed him with a car as he led a motorbike protest rally in the central town of Monywa.

“In addition, they also tortured and brutally killed two police officers ... on March 26,” the newspaper said.

It is unclear if Wai Moe Naing has a lawyer. — Reuters

These were the details of the news Two Myanmar air bases come under attack, say reports for this day. We hope that we have succeeded by giving you the full details and information. To follow all our news, you can subscribe to the alerts system or to one of our different systems to provide you with all that is new.