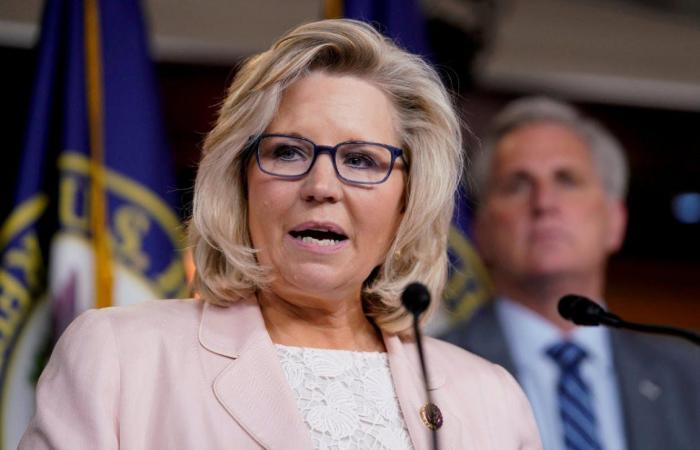 Thank you for reading the news about Liz Cheney: ‘Wishful thinking’ by Trump she won’t seek 4th term and now with the details

Jeddah - Yasmine El Tohamy - KARACHI, LAHORE, ISLAMABAD: Several members of the Pakistani police force interviewed by Arab News last week have said there is a growing sense of “betrayal” among their colleagues after the government negotiated with, and met the demands of, the Tehreek-e-Labbaik Pakistan party (TLP) despite officers being “killed, tortured and humiliated” by the group’s supporters during protests this month.

Demonstrations by the religious political party erupted on April 12 and quickly turned violent after TLP chief Saad Rizvi was arrested in Lahore for threatening the government with rallies if it did not expel the French envoy to Islamabad over cartoons of the Prophet Muhammad (peace be upon him) published in France last year.

Six policemen were killed and over 800 injured, according to official figures, in protests that lasted a week. Photographs of policemen, with their heads, legs and arms heavily bandaged, were posted on social media by their captors through the week.

The government first said it would ban TLP over the violence. But as protests continued and became deadlier, ministers negotiated with the party and eventually acquiesced to its demand to halt criminal cases against, and release, hundreds of TLP supporters arrested during the riots.

TLP has built a wide base of support in recent years, rallying around cases of blasphemy, which are punishable by death in Pakistan.

A policeman who was taken hostage and ultimately released by the TLP in the eastern city of Lahore, the center of the violence, said it was “highly demoralizing” that the government had released rioters who had assaulted police.

“There is no problem in negotiations with protesters,” he told Arab News in an interview last week, declining to be named as he was not authorized to speak to the media on the record. “But how can you set those free who have killed, tortured and humiliated law enforcers?”

A senior police officer in Punjab echoed the sentiment.

“The police don’t see any point in performing their duties after what has been done to us,” the officer said on condition of anonymity, saying it will now be difficult to keep his force motivated.

As protests continued and became deadlier, ministers negotiated with the party and eventually acquiesced to its demand to halt criminal cases against, and release, hundreds of TLP supporters.

“We don’t have answers to the questions our staff asks us, and we don’t know how to motivate them after this disgrace.”

Saleem Vahidy, a former deputy inspector general of Sindh police, said the confidence of the force has “hit rock bottom.”

“When you set free criminals who are arrested for serious breaches of the law, you are setting a dangerous precedent and sending the wrong message.”

Omar Shahid Hamid, DIG counterterrorism in Sindh, admitted that tackling riots was “difficult for the police” and a “negative impact” on officer morale was inevitable after the federal government decided to negotiate with their attackers.

“When police are targeted by miscreants in any such incident, obviously there is bound to be a negative impact on the morale of the forces,” he told Arab News.

Arif Rana, a spokesperson for police in Lahore, said more than 190 policemen had been injured and two killed in clashes with rioters at 31 locations across the city, but declined to comment on the impact the riots and subsequent events had on the morale of the police force in the city.

Sindh Inspector General of Police Mushtaq Mehar and the Capital City Police Officer for Lahore, Ghulam Mehmood Dogar, did not respond to calls seeking comment for this article.

But Information Minister Chaudhry Fawad Hussain denied the government’s decision to discuss the expulsion of the French envoy in parliament was “capitulation.”

“Like all civilized and democratic societies, the government has agreed to discuss the matter in parliament and resolve it in line with the wishes of the Pakistani people,” Hussain told Arab News. “This shows the government’s firmness and resolve, not weakness.”

Though the interior ministry has announced that hundreds of TLP supporters involved in the violence had been released, Hussain said: “No one involved in attacks on police shall be released nor cases shall be withdrawn. The state will never forget or forgive terrorists who attacked law enforcement agencies.”

Pir Ejaz Ashrafi, a central leader of the TLP, called for a “judicial commission” to be set up to probe clashes between police and protesters.

“This was totally unfortunate that police and protesters stood face to face at different places,” he told Arab News.

TLP first came to prominence as an organized force when it protested for the release of Mumtaz Qadri, a bodyguard who gunned down Salman Taseer, then governor of Punjab province, for seeking justice for a destitute Christian woman who had been jailed on blasphemy charges. The woman, Asia Bibi, was acquitted and released in 2019 after eight years on death row and has since fled Pakistan.

Qadri was eventually sentenced for killing Taseer and hanged in 2016, but since then the TLP has morphed into a political party that contested the 2018 general elections, campaigning to defend the blasphemy law. The party also has a history of staging protests and sit-ins to pressure the government to accept its demands.

In November 2017, TLP followers staged a 21-day protest and sit-in after a reference to the sanctity of the Prophet Muhammad (peace be upon him) was removed from the text of a government form.

Zoha Waseem, a research scholar at the Institute for Global City Policing, said the latest protests and ensuing violence had highlighted the limitation of viewing riots simply as a “law-and-order problem.”

“This is a political challenge, it was a product of political developments in Pakistan, and a series of sociopolitical events in the country over the past several decades,” Waseem told Arab News.

She added: “This is not a failure of the police; it is the failure of inadequate and short-sighted state policies that imagine that such challenges can be dealt with force by law enforcement agencies. You simply cannot just ‘police’ (your way) out of this.

“So, this will be a long-term challenge for the police, and I fear that if the state does not rethink its policies about radical groups that incite violence, we may see the police further pushed into a corner.”

For now, police officers in Punjab say they feel “betrayed” by the government.

“We were told that the government was with us. We took a huge beating only on the promise that this time, the TLP is going to be tried in the courts under the anti-terror law,” a second Punjab police official based in Rawalpindi, who declined to be named, told Arab News.

“But in the end, it’s all the same,” the senior officer added. “In the end, if this is how things transpire, then what’s the point?”

These were the details of the news Liz Cheney: ‘Wishful thinking’ by Trump she won’t seek 4th term for this day. We hope that we have succeeded by giving you the full details and information. To follow all our news, you can subscribe to the alerts system or to one of our different systems to provide you with all that is new.