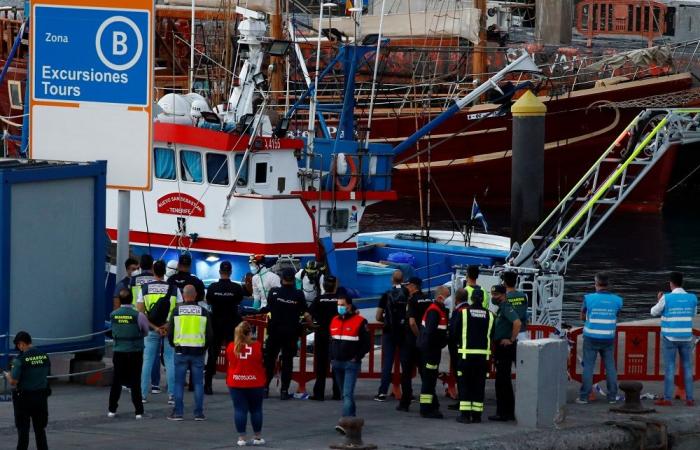 TENERIFE (Spain), April 29 ­— A boat found drifting off the coast of Spain’s Canary Islands with 24 dead migrants on board arrived yesterday on one of the archipelago’s islands, officials said.

A Spanish maritime rescue vessel arrived with the wooden boat in tow at the port of Los Cristianos on the island of Tenerife where several hearses and emergency services workers were waiting.

“Firefighters are removing the bodies from the boat and they will then be taken to a funeral home,” Domingo Martin of Spanish Red Cross in Tenerife told reporters at the scene.

But after it arrived in port, the office of the central government in the archipelago said the remains of 24 people had been found on the vessel, including those of two minors.

A Spanish air force plane on a routine patrol first spotted the boat on Monday morning some 500 kilometres (300 miles) southeast of the island of El Hierro.

A Spanish military helicopter then airlifted three people found alive on the boat — two men and a woman — to a hospital on the island of Tenerife.

One of the men was in serious condition with “severe dehydration”, emergency services tweeted.

“They were so weak that I needed help from my colleague to keep them upright,” Juan Carlos Serrano, a member of the air force helicopter team who rescued the migrants, told reporters earlier yesterday.

The migrants on the boat were all sub-Saharan Africans.

A Spanish maritime rescue boat was also dispatched on Monday to tow the migrant boat to Tenerife.

Migrant arrivals on the Atlantic archipelago have surged since late 2019 after increased patrols along Europe’s southern coast dramatically reduced crossings to the continent via the Mediterranean.

Last year 23,023 migrants reached the Canaries, a figure eight times higher than in 2019, according to the interior ministry.

“The rough seas at this time of year and the long distances travelled... make this route particularly dangerous,” the UN refugee agency (UNHCR) and the International Organisation for Migration said in a joint statement.

“Boats may be adrift for days, running out of water and food,” it added, saying the UN agencies were “saddened by the latest tragedy off the Canary Islands”.

At its shortest, the sea crossing to the Atlantic islands from the Moroccan coast is around 100 kilometres (60 miles), but it is a notoriously dangerous route because of strong currents. Vessels are also typically overcrowded and in poor condition.

Last year, 1,851 people died on the route, according to the Caminando Fronteras organisation which monitors migrant flows. — AFP

These were the details of the news Boat with 24 dead migrants arrives in Spain’s Canaries for this day. We hope that we have succeeded by giving you the full details and information. To follow all our news, you can subscribe to the alerts system or to one of our different systems to provide you with all that is new.