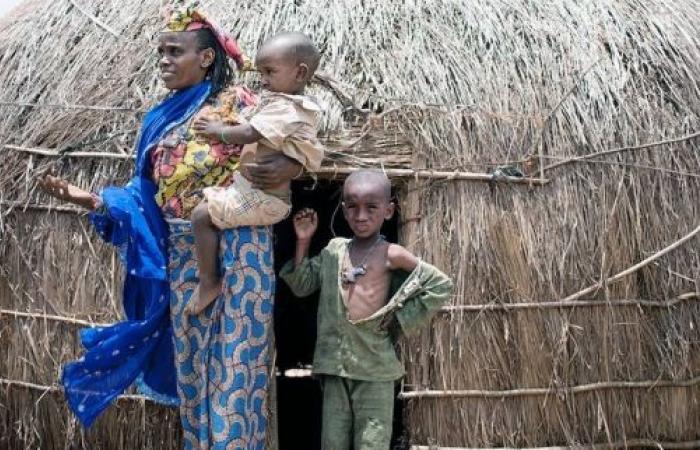 We show you our most important and recent visitors news details 370,000 children displaced in CAR; highest level since 2014 in the following article

Hind Al Soulia - Riyadh - GENEVA — Child displacement in the Central African Republic (CAR) has now reached its highest level since 2014, according to the latest estimates from the UN Children’s Fund (UNICEF), warning of the mounting risks children face.

At least 168,000 children were forced to flee their homes following widespread violence and insecurity in the run-up to the general election of last December, and during its aftermath.

Around 70,000 of them have not been able to return. This brings the total to 370,000 internally displaced children across the country. Displaced children are at risk of exposure to sexual and physical violence, recruitment to armed forces and groups, increasing rates of malnutrition and limited access to essential services.

Recruitment and use of children by armed forces and groups, remains the most frequent grave child rights violation in CAR, accounting for 584 out of a total of 792 cases of confirmed grave violations documented in 2020.

UNICEF Representative in CAR Fran Equiza told journalists in Geneva on Tuesday that in the last three months of 2020 alone, the UN verified more grave violations than in the entire first half of the same year — 415 incidents affecting 353 children were carried out compared to 384 incidents involving 284 children.

"In June 2020, the government of the Central African Republic adopted a national child protection code, which, for the first time, explicitly prohibits the recruitment and use of children by armed groups and forces, and clearly states that children formerly associated with armed groups should not be treated as adults”, he said.

But UNICEF has received unverified reports indicating that child recruitment and use, has continued over the first four months of 2021.

Despite CAR generally registering a relatively low number of COVID-19 cases, the epidemic has had a severe impact, including a significant decrease of overall immunization rates, and the closure and disruption of services for forcibly displaced children, and victims of violence.

Incidents of gender-based violence against children spiked at the height of the pandemic’s first wave and during school closures.

The recent escalation of violence has forced schools to be shut, occupied, or damaged in 11 out of the country’s 16 prefectures. "One in every four schools is not functional because of fighting, and half the country’s children are out of school because of conflict,” said Equiza.

At least 24,000 children under five, across 14 of the Central African Republic’s 35 health districts, are at risk of severe acute malnutrition following the recent spike in violence across the country.

Out of these 14 districts, six currently have no resources or capacity to respond to children’s acute needs. This year, at least 62,000 children under five are expected to suffer from severe acute malnutrition, a 25 percent increase from 2020.

Humanitarian access remains a major concern, with 115 incidents against aid workers recorded by OCHA in January and February 2021, vs. 46 in the same period of 2020.

This has contributed to the suspension or reduction of humanitarian presence in most affected areas. "CAR remains one of the most dangerous countries for humanitarian workers,” said Equiza.

Limited food supplies in the local market and the poor condition of roads are also important challenges when it comes to quick availability and deployment of supplies.

UNICEF has continued to strengthen its child protection activities across the country. This includes the deployment of mobile child protection teams who can reach vulnerable children, including those located in remote areas.

UNICEF and its partners are also working to provide children with mental health and psychosocial activities through child-friendly spaces and other community-based interventions.

“As part of the longer-term process of reintegration to their families and in their communities, children formerly associated with armed forces and groups are benefitting from specialized programs that allow them to go back to school or receive vocational training,” said Equiza.

However, "approximately one in five of these children has not yet been enrolled in reintegration programs, mainly due to funding constraints,” he added. In 2021, the organization is seeking $8.2 million to scale up its activities in support of children and women affected by violence, exploitation, and abuse. — UN News

These were the details of the news 370,000 children displaced in CAR; highest level since 2014 for this day. We hope that we have succeeded by giving you the full details and information. To follow all our news, you can subscribe to the alerts system or to one of our different systems to provide you with all that is new.