In Jaffa, gentrification stokes discord as Arabs pushed out 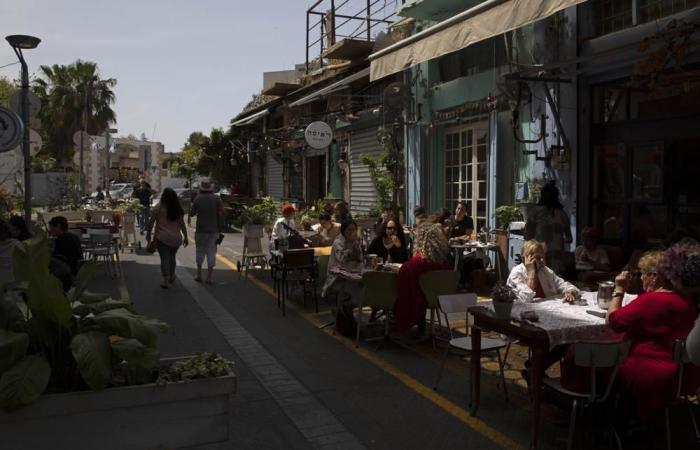 You are now following the details of the In Jaffa, gentrification stokes discord as Arabs pushed out news and now we leave you with the details

Mohamed Nass - Cairo - TEL AVIV, Israel (AP) — A turreted former Catholic girl’s school in Jaffa is being transformed into an exclusive Soho House club. Around the corner, a historic ex-convent is now a five-star hotel. Across the street, the glittering towers of the Andromeda Hill luxury residences overlook the Mediterranean.

But farther down Yefet Street, working class Arabs of Jaffa’s Ajami neighborhood face a starkly different reality. With housing prices out of reach, discontent over the city’s rapid transformation into a bastion for Israel’s ultra-wealthy is reaching a boiling point. The crisis has taken on nationalistic overtones, with some Arab residents accusing the government of trying to push them out to make way for Jews.

“Ninety percent of people here barely make a living, from hand to mouth, they don’t have enough to eat,” said Jaffa resident Ibrahim Tartir. “For a young man looking to get married, it’s 5,000, 6,000 shekels ($1,800) for rent, not including water and electricity and the rest. How much does he earn? 6,000 a month. How can he live?”

Jaffa, the historic port at the core of the greater Tel Aviv metropolis, is home to around 20,000 Arab residents, remnants of the Palestinian population that lived there before Israel’s establishment in 1948. The district has undergone extensive gentrification in recent decades with government encouragement.

That trend has accelerated in the past several years as real estate prices have skyrocketed amid surging demand. As wealthy Israelis and foreigners move from other areas of Tel Aviv into Jaffa, its mostly working-class Arab residents have been pushed out. This has added ethnic tensions to an economic phenomenon familiar in other cities around the world.

“We’re reaching a point where Arab people can’t buy houses unless they are very rich,” said Youssef Masharawi, a Jaffa native and professor of physical therapy at Tel Aviv University. He said young Arabs in Jaffa have nowhere to go, unable to afford to start families in their hometown and facing discrimination in nearby Israeli cities with overwhelmingly Jewish populations.

The stress is starting to reach a breaking point.

Long smoldering tensions erupted last week after the rabbi and director of a pre-military religious seminary in the predominantly Arab neighborhood of Ajami were assaulted by two Arab residents while visiting an apartment for sale.

Moshe Schendowich, chief executive of the Meirim B’Yafo seminary, was injured in the incident. He said that while there have been some disagreements with Arab neighbors, those conflicts “should be solved with speech, with talking, not with violence.”

Although the seminary says it isn’t out to push anyone out, some residents view it with suspicion. Its head rabbi is a former West Bank settler and was formally affiliated with Ateret Cohanim, a group that takes over Arab properties in Jerusalem to make way for Jewish settlers. The yeshiva’s website says its aim is to “strengthen Jewish identity and the voice of the Torah, (and) strengthen communities” in Jaffa.

The incident ignited an already flammable situation. In the days following, Arab residents and Jewish supporters faced off against Jewish nationalist counter-protesters. The demonstrations devolved into clashes with police.

Tel Aviv-Jaffa Mayor Ron Huldai condemned the violence but insisted “what we are seeing is not a nationalist conflict between Jews and Arabs.”

“It is the product of ongoing frustration of a whole generation of Jaffans that can’t continue to live there,” he said.

But in Israel, nationalist conflict is never far away.

Before Israel’s establishment in 1948, Jaffa was a predominantly Arab city of some 100,000 people. During the war surrounding Israel’s creation, tens of thousands of Palestinian residents fled or were forced from their homes.

Under a 1950 absentee property law, the new Israeli government confiscated thousands of empty properties and handed them to state-run public housing companies. Many of the Palestinians who remained in Jaffa ended up in these properties.

Since 2011, the Israeli government has pushed to sell off these properties to develop more housing. Although occupants are given an opportunity to buy these homes, the prices are often too high, forcing many longtime residents to move out.

Amidar, a public housing company that manages the buildings, said there is no intention to expel people. “The properties are offered for sale first to tenants at a significant discount and with professional guidance” and most are purchased by residents, it said.

Even with generous terms, however, many low-income residents cannot afford to buy their homes. Many properties have been bought up by developers, resulting in low-income Arab residents being forced out.

Ravit Hananel, a professor of urban policy at Tel Aviv University, said the Israeli government has been ridding itself of public housing since the 1980s as it abandoned the country’s socialist roots and adopted neo-liberal, capitalist policies.

She said the government pledged to address housing issues after mass social justice protests in 2011. But she said the response has been to push for more privatization, further hurting the disadvantaged.

While this is the case across the country, Jaffa’s rapid gentrification is not simply a case of rich against poor, said Abed Abou Shhadeh, a Tel Aviv city councilman from Jaffa.

“It has a national background behind it, and it’s part of the conflict,” said Abou Shhadeh.

While some try to depoliticize the issue, he said “it’s more than a class war. There’s a very deep rooted political tension happening at the same time, which makes it much more difficult to come with a fair and equal solution.”

Organizers of a recent protest wrote on Facebook that the “economic expulsion and gentrification that’s pushing the Arab community — and also poor Jewish residents — out of the city for the sake of real estate deals continues what was started in 1948.” Graffiti on city walls say in Hebrew and Arabic: “Jaffa is not for sale.”

Masharawi, the Jaffa-born professor, called for the construction of affordable housing for young Arabs in Jaffa. He said he was determined to stand his ground against the rising tide of change.

“I will never leave Jaffa even if I am going to die within a small room in the end,” he said. “This is my home, my house, my way of life.”

These were the details of the news In Jaffa, gentrification stokes discord as Arabs pushed out for this day. We hope that we have succeeded by giving you the full details and information. To follow all our news, you can subscribe to the alerts system or to one of our different systems to provide you with all that is new.