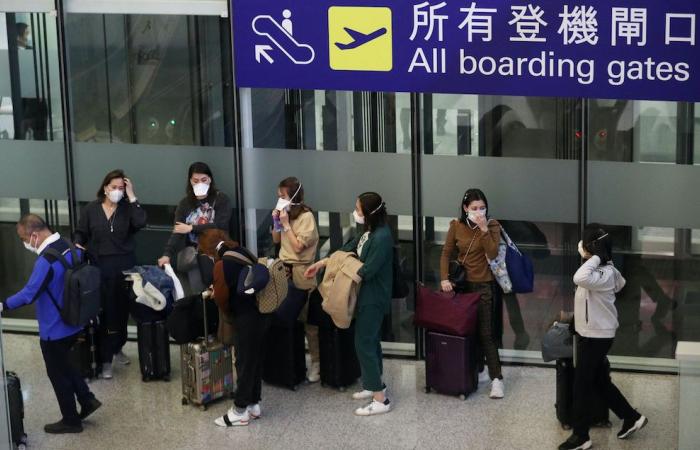 The legislation sailed through a legislature now devoid of opposition as Beijing seeks to quash dissent and make the semi-autonomous city more like the authoritarian mainland following huge and often violent democracy protests.

Activists, lawyers and some business figures have sounded the alarm over various provisions within the bill, including one that allows the city’s immigration chief to bar people from boarding planes to and from the city.

No court order is required and there is no recourse to appeal.

Speaking after the bill was passed today, labour activists and legal critics said the legislature had ignored concerns about the law’s broad wording and said they feared exit bans could now be employed in Hong Kong.

“When they have this power, absolute power, you don’t know who they will use it on,” barrister Chow Hang-tung, from the pro-democracy Hong Kong Alliance, told reporters after the bill was passed.

Hong Kong’s government said the immigration bill was needed to address a backlog of non-refoulement claims and to screen illegal immigrants before they depart for the city.

“It will only apply to flights heading to Hong Kong,” the Security Bureau said.

However, the wording of the bill does not limit the power to arriving flights or immigrants and legal experts say it could also be deployed against anyone leaving or arriving in Hong Kong.

So-called “exit bans” are often used in mainland China against activists who challenge authorities. They have also impacted business figures.

One recent example is Richard O’Halloran, an Irishman who has been unable to leave Shanghai for two years because of a legal dispute involving the Chinese owner of a Dublin-based company for which he works.

Faith in official assurances that the city is not becoming like the mainland has been rattled by the recent crackdown.

Beijing imposed a sweeping national security law on Hong Kong last year, arguing it was needed to return stability and would not impact freedoms.

But its broad wording and subsequent application has criminalised much dissent and radically transformed a once politically pluralistic city.

Many of Hong Kong’s prominent pro-democracy figures have since been arrested, detained or fled overseas.

The city’s formerly raucous legislature has been cleared of pro-democracy opponents who resigned en masse late last year after three of their colleagues were disqualified for their political views.

Since then, the government has fast-tracked a number of laws with limited scrutiny and dissent in the legislature.

Wednesday’s immigration bill received 39 votes in favour and two against. It was passed shortly after lawmakers approved a budget in record time with just one dissenting vote.

Beijing has also unveiled a new plan—dubbed “patriots rule Hong Kong”—to politically vet anyone standing for office and reduce the number of directly elected seats in the legislature to a small minority.

Critics of the immigration bill also say it will make it easier to detain and deport refugees.

Hong Kong only approves around one percent of refugee claims, one of the lowest rates in the world, and there is a huge backlog.

Refugees are unable to work while their applications are being processed and often live in miserable conditions. — AFP

These were the details of the news Hong Kong passes immigration bill with ‘exit ban’ powers for this day. We hope that we have succeeded by giving you the full details and information. To follow all our news, you can subscribe to the alerts system or to one of our different systems to provide you with all that is new.