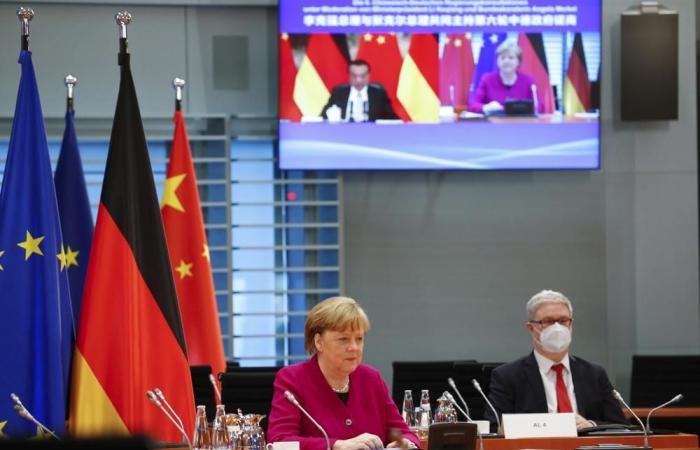 Mohamed Nass - Cairo - BERLIN (AP) — German Chancellor Angela Merkel pressed China’s prime minister Wednesday for broader discussions on human rights issues, telling him that the relationship between their countries “means that we can address difficult issues and put everything on the table.”

The comments came after Merkel and Chinese Premier Li Keqiang led broad-ranging governmental consultations on issues like the fight against the spread of the coronavirus, economic cooperation and other topics. The talks were held virtually due to the pandemic.

According to remarks released by her office, Merkel brought up Germany’s criticism of China’s human rights record, saying in her address to the group, “There are differences of opinion here, especially when we think of the situation in Hong Kong, for example.”

“We have, so far, always managed to address these issues well; I’d hope that we can get the human rights dialogue going again as soon as possible,” Merkel said.

The German leader, who does not plan to run for reelection this year, added that her wish was for “in-depth” talks that would also include the countries’ justice ministers.

These were the details of the news Germany’s Merkel presses China for human rights dialogue for this day. We hope that we have succeeded by giving you the full details and information. To follow all our news, you can subscribe to the alerts system or to one of our different systems to provide you with all that is new.