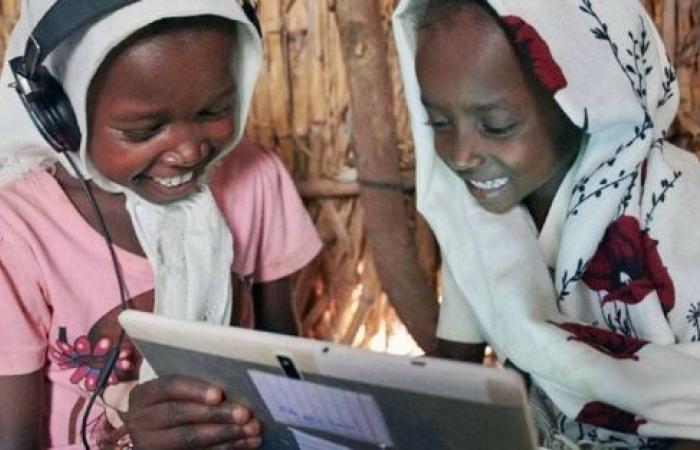 We show you our most important and recent visitors news details Don’t let the digital divide become ‘the new face of inequality’: UN deputy chief in the following article

Although technologies such as artificial intelligence and blockchain are opening new frontiers of productivity and providing opportunities to people and societies, they pose numerous risks, she said, including exclusion.

“Almost half the world’s population, 3.7 billion people, the majority of them women, and most in developing countries, are still offline,” Mohammed told ambassadors, tech experts and representatives from civil society groups.

“Collectively, our task is to help design digital environments that can connect everyone with a positive future. This is why we need a common effort, with collaboration among national and local governments, the private sector, civil society, academia and multilateral organizations.”

Mohammed outlined areas for global cooperation, highlighting the key role the UN has in responding to what she characterized as the growing fragmentation in the digital space.

“Geopolitical fault lines between major powers are emerging, with technology as a leading area of tension and disagreement,” she said. At the same time, tech companies are responding in different ways to issues surrounding privacy, data governance and freedom of expression.

The situation is made worse by the deepening digital divide between developed and developing countries, she added, resulting in global discussions on digital issues becoming less inclusive and representative.

“Now more than ever, we need a global townhall to address these issues and to capitalize on technology’s transformational potential to create new jobs, boost financial inclusion, close the gender gap, spur a green recovery and redesign our cities,” she said.

The UN deputy chief underlined the value of engagement, as achieving universal connectivity cannot be left solely to governments or individual tech companies. She stressed that no single country or company “should steer the course of our digital future”.

The General Assembly debate sought to generate political commitments to address the widening digital divide as pandemic recovery efforts align with the push to achieve the Sustainable Development Goals (SDGs) by the end of the decade.

“In a world of unparalleled innovation, where our loved ones are but a video call away, billions struggle to access even the most basic elements of connectivity or live with none at all. Truly, for billions of people the pace and scale of sustainable development is reliant upon digital connectivity,” said Volkan Bozkir, the General Assembly president.

He stressed that “now is the time to act” as the digital divide, which existed long before COVID-19, was only made worse by the crisis. However, recovery offers the chance for true transformation.

“As I have frequently stated, we must use the SDGs as a guide to our post-COVID recovery. This means ensuring that no one is left behind, no one is left offline, and that we apply a whole-of-society, multi-stakeholder, and intergenerational approach to our efforts,” he said.

“This is particularly important for the world’s 1.8 billion young people, who must be equipped with the skills and resources to thrive in an ever-changing, tech-driven future.”

Bozkir called for strengthening implementation of initiatives such as the UN Secretary General’s Roadmap for Digital Cooperation, launched last June. In addition to achieving universal connectivity, its eight objectives include ensuring human rights are protected in the digital era. — UN News

These were the details of the news Don’t let the digital divide become ‘the new face of inequality’: UN deputy chief for this day. We hope that we have succeeded by giving you the full details and information. To follow all our news, you can subscribe to the alerts system or to one of our different systems to provide you with all that is new.