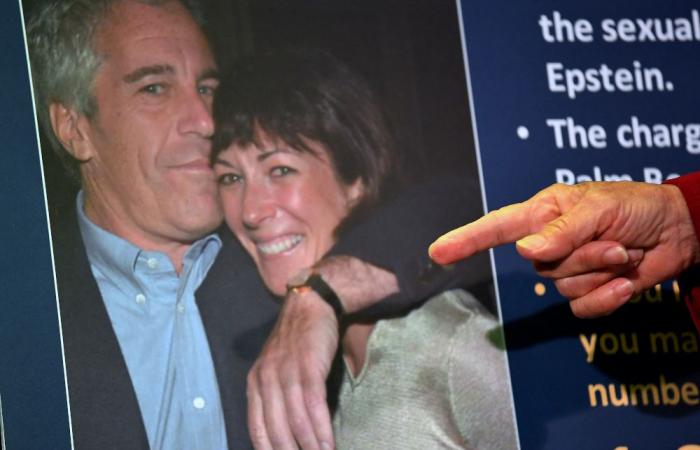 Maxwell’s lawyer David Markus said during Monday’s oral argument that his client “has been detained under horrific conditions,” so terrible that she could not prepare for trial.

The court considers Maxwell, who has US, British and French passports, a flight risk. This is the fourth time since her arrest that she has been denied bail.

In a brief ruling, the court reaffirmed the continued incarceration of Maxwell, who has been behind bars in New York since July 2020.

Epstein killed himself in jail in 2019 while awaiting trial.

Maxwell’s lawyer complained that his client “is kept in solitary confinement for no reason” and that the prison guards “follow her around with a handheld camera” because they fear she could try to kill herself, even though he said she is not suicidal.

To address any sleep problems, the court urged Maxwell’s attorney to discuss the issue with the New York federal judge in charge of the case, Alison Nathan.

The alleged crimes occurred between 1994 and 2004, and relate to four women, including two who prosecutors say were just 14 years old when they were sexually abused.

Maxwell denies all the allegations against her. A not guilty plea was entered on her behalf by her lawyer.

Her trial is due to begin on July 12, although her defence team is pushing for more time to prepare.

She allegedly befriended girls with shopping and movie theatre outings, and later coaxed them into giving Epstein nude massages during which he would engage in sex acts. — AFP

These were the details of the news Epstein partner Ghislaine Maxwell again denied bail for this day. We hope that we have succeeded by giving you the full details and information. To follow all our news, you can subscribe to the alerts system or to one of our different systems to provide you with all that is new.