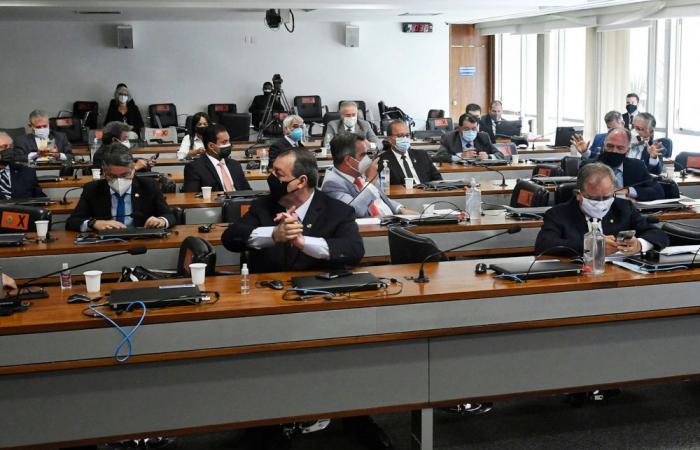 BRASILIA, April 28 — Brazil’s Senate opened an inquiry yesterday into the government’s handling of the coronavirus pandemic, a politically explosive investigation that could damage President Jair Bolsonaro as he gears up to seek re-election next year.

Bolsonaro has brazenly defied expert advice on the pandemic at virtually every turn, attacking lockdowns, shunning masks, resisting vaccines and touting drugs such as hydroxychloroquine that researchers say are ineffective against the virus.

That stance has left the far-right leader politically vulnerable as Brazil’s death toll has surged to nearly 400,000 — second only to that of the United States — and the government has struggled to source enough vaccines for the country’s 212 million people.

The parliamentary investigative commission will analyse whether federal or state officials committed criminal negligence or corruption, including in horrific scenes such as oxygen shortages that left Covid-19 patients to suffocate earlier this year in the hard-hit city of Manaus, in the Amazon rainforest.

Bolsonaro defended his handling of the pandemic as the commission opened, telling supporters outside the presidential palace: “I was wrong about nothing.”

The president argues the economic damage of measures such as a national lockdown would cause more suffering than the virus itself.

“I think this (inquiry) is going to create a lot of problems for the president,” he told AFP.

“They don’t even really need an investigation. The government’s actions on the pandemic are there for all to see... The administration went to the Supreme Court to try to block states’ social distancing measures, it refused to purchase vaccines, it minimized the pandemic.”

The question is just how big the damages could be from the probe, which was ordered by the Supreme Court.

Such commissions have sometimes proved devastating, setting up the impeachment of president Fernando Collor in the 1990s, for example.

But depending how the political winds blow, they can also fizzle.

Bolsonaro struck an alliance earlier this year with a powerful coalition of centre-right parties known as the “Centrao” — likely hoping, among other things, to protect himself from just this kind of fallout.

But the alliance shows signs of fraying.

And with his disapproval rating rising, Bolsonaro looks weakened heading for the October 2022 elections.

Speculation is swirling on whether the administration will try to lay the blame for the pandemic chaos on former health minister Eduardo Pazuello, whom Bolsonaro fired in March.

But Pazuello, an army general, could prove a risky fall guy: It is unclear whether he would be willing to face potential jail time without taking others down with him.

The commission has a 90-day renewable mandate.

In their first item of business, the commission’s 11 full members elected the government’s pick to preside over the hearings, centrist Senator Omar Aziz.

And in a setback for the government, Aziz named Bolsonaro critic Renan Calheiros to the powerful post of rapporteur.

Calheiros, a veteran centrist, outlined an agenda for the committee’s first sessions, including witness testimony from the four health ministers who have served under Bolsonaro during the pandemic.

He wants to start next Tuesday with ex-minister Luiz Henrique Mandetta, who, like his successor, Nelson Teich, resigned after clashing with Bolsonaro over how to handle the pandemic.

Mandetta has since become a fierce critic of the president.

Calheiros also called for subpoenas of all government records on Covid-19 vaccine and supply purchases, disbursal of pandemic response funds, use of unproven medications, and emergency assistance for the “chaos” that unfolded in oxygen-starved Manaus.

“The country has the right to know who contributed to these thousands of deaths, and they must be punished immediately,” he said.

“There is no statute of limitations on crimes against humanity.... We will wage a crusade against this agenda of death.” — AFP

These were the details of the news Brazil Senate opens Bolsonaro Covid probe for this day. We hope that we have succeeded by giving you the full details and information. To follow all our news, you can subscribe to the alerts system or to one of our different systems to provide you with all that is new.