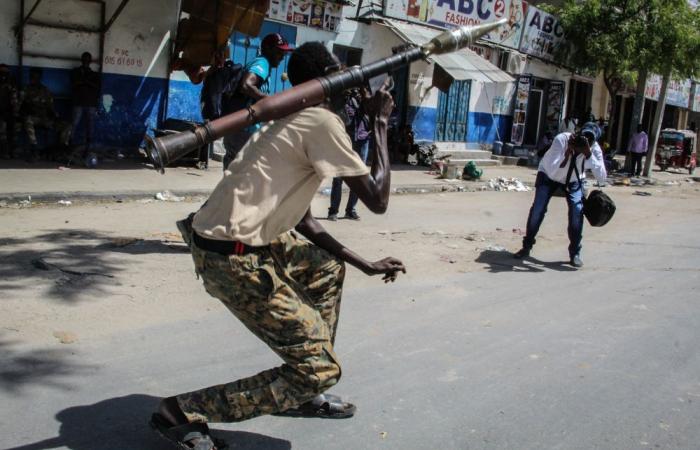 Hello and welcome to the details of Bowing to pressure, Somalia’s president agrees not to extend presidential term and now with the details

MOGADISHU, April 28 — Somalia’s President Mohamed Abdullahi Mohamed said today he would drop an attempt to extend his term by two years, bowing to domestic and international pressure after clashes in the capital Mogadishu split security forces along clan lines.

The president’s term expired in February, but the country failed to hold elections as planned. Earlier this month, the lower house of parliament voted to extend Mohamed’s four-year term by another two years. The Senate rejected the move, provoking a political crisis.

Commanders in both the police and military had defected to the opposition, and rival factions of the security forces had fortified positions in central Mogadishu, raising fears of clashes in the heart of the city, and a security vacuum in the surrounding areas that could be exploited by al Qaeda-linked al Shabaab insurgents.

In a televised statement in the early hours today, the president said he commended the efforts of the prime minister and other political leaders and welcomed the statements they issued calling for elections to be held without further delay. He also called for urgent discussions with the signatories to an agreement signed last September on the conduct of the elections.

The opposition, who had called on the president to resign, did not immediately respond. The president did not discuss the opposition in his speech, but denounced unnamed “individuals and foreign entities who have no aim other than to destabilise the country.”

The heads of two regional states who had been staunch allies of the president had also rejected yesterday the proposed two-year extension of Mohamed’s term. Those leaders said in statements immediately after the president’s speech that they welcomed his announcement.

Mohamed’s attempt to extend his term had also angered foreign donors who backed his government, hoping it would help bring stability and quash the al Qaeda-linked al Shabaab insurgency. But the proposed extension pitted factions in the security forces against each other.

This week, opposition forces abandoned positions in the countryside as they headed for a showdown in the capital, allowing al Shabaab to take over at least one town.

Forces loyal to the opposition hold important parts of the city and clashed with government forces over the weekend, fuelling worries the country could return to all-out war.

The president said he urged “all security agencies to maintain the stability of the capital and the safety of innocent civilians, avoiding any actions that may lead to insecurity.”

The unrest is the second bout of violence in Mogadishu over the proposed extension to Mohamed’s term. Continued clashes could further splinter Somali security forces along ethnic lines, said the International Crisis Group, a think-tank.

“Somalia is teetering on the brink of a major breakdown once again,” it said in a briefing published today.

Somalia’s fledgling armed forces are drawn from clan militias who have often battled each other for power and resources.

Mohamed is Darod, one of Somalia’s major clans. The majority of the Somali military in the capital are Hawiye, another large clan. Most of the opposition leaders are Hawiye. — Reuters

These were the details of the news Bowing to pressure, Somalia’s president agrees not to extend presidential term for this day. We hope that we have succeeded by giving you the full details and information. To follow all our news, you can subscribe to the alerts system or to one of our different systems to provide you with all that is new.