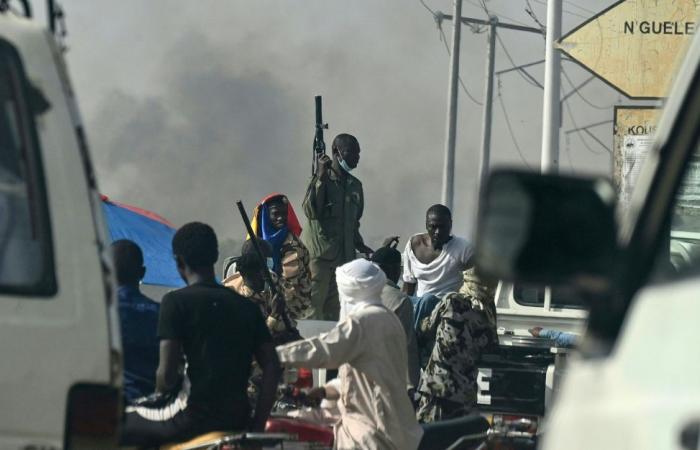 Deby’s 37-year-old son Mahamat, who heads the so-called Transitional Military Council (TMC), pledged an “inclusive national dialogue” after violent protests in the capital N’Djamena and the south of Chad, a country seen as crucial in the fight against jihadists in the Sahel region.

The government said at least five people had died in the protests but a local NGO reported nine fatalities — seven in the capital and two in the south.

Police were deployed in N’Djamena to break up the demonstrations, which had been called by the opposition and civil society groups.

They used tear gas in the capital to disperse small groups of demonstrators, some of whom burned tyres, AFP journalists saw.

Separately, a man died in protests in the southern city of Mondou, some 400 kilometres south of the capital.

“We do not yet have the exact circumstances of the death, he is a young man of 21,” Mondou prosecutor Ali Kolla Brahim told AFP.

But a high-ranking state media official, Ahmat Malloum, told AFP by telephone from Moundou that police had fired live ammunition on a student who had thrown a stone at a police car.

The Chadian Convention for the Defence of Human Rights (CTDDH) said that in addition to nine deaths, 36 people were wounded and about 12 arrested.

“We denounce and condemn this massacre... (and) the disproportionate use of weapons of war against protesters,” it said.

French President Emmanuel Macron also condemned “with the greatest firmness the repression of demonstrations and the violence that took place this morning in N’Djamena”.

France, the former colonial power, has been a key ally in Chad’s battle against a jihadist revolt that has swept across the Sahel, though Macron has said he intends to eventually reduce the 5,100-strong Barkhane force Paris has deployed in the region for nearly a decade.

Mahamat Deby’s move to ban protests against the junta appeared straight from the playbook of his father, who ruled with an iron fist for three decades until his death last week.

The new junta leader has promised to hold “free and democratic” elections within 18 months, while also pledging Tuesday to “fight terrorism and respect all its international obligations”.

On Tuesday one of the protesters, who gave her name only as Sarah, told AFP: “We are fed up, fed up, fed up with the monarchical dynasty in Chad,” referring to the Deby family rule.

Behind her, a crowd ran in the streets shouting “police, police”, as security forces approached in a vehicle.

“The military has revealed its true colours: govern in blood. The security forces fired live bullets on youths to break up a peaceful march,” tweeted Saleh Kebzabo, a veteran opposition figure.

“The Chadians have risen, we will no longer back down,” added Succes Masra, another prominent anti-regime figure.

Also yesterday, 12 Chadian soldiers were killed when they were attacked in the northern Lake Chad region used as a rear base by jihadist groups including Boko Haram and the Islamic State West Africa Province (ISWAP), a regional governor said.

On Monday, the military junta appointed Albert Pahimi Padacke as transitional prime minister. He called for a nationwide effort to speed the return to civilian rule.

According to the army, Idriss Deby Itno died this month after he was injured on the frontlines in the country’s north, where the army has been fighting Libya-based rebels.

The elder Deby came to power in 1990 at the head of a rebel force that rolled in from neighbouring Sudan.

He was buried last Friday in a state funeral attended by Macron. — AFP

These were the details of the news Five dead in Chad anti-junta protests for this day. We hope that we have succeeded by giving you the full details and information. To follow all our news, you can subscribe to the alerts system or to one of our different systems to provide you with all that is new.