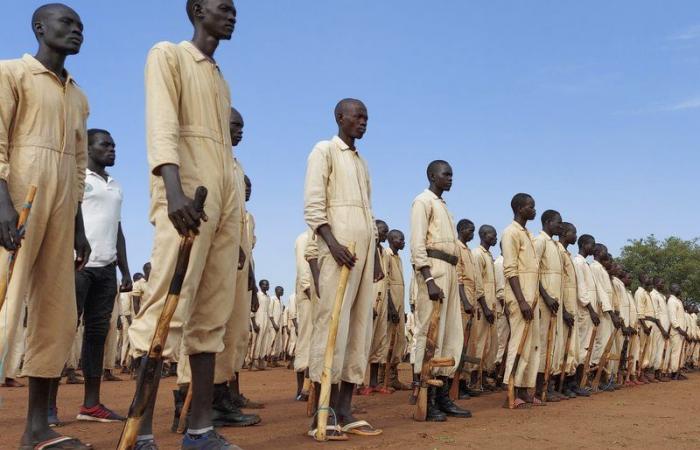 You are now following the details of the UN experts say South Sudan divisions widen, new war possible news and now we leave you with the details

The experts said in an 81-page report circulated Monday that the slow pace of reforms by President Salva Kiir’s government and more than a year of political disputes and disagreements over how to implement the February 2020 cease-fire and a 2018 peace agreement has led to frayed relations between Kiir and First Vice President Riek Machar.

Discontent within Kiir’s Sudan People’s Liberation Movement and his power base in the Dinka ethnic group over his handling of the transition “has led to calls for new leadership,” the panel of experts said in the report to the UN Security Council.

It quoted multiple confidential sources in Kiir’s camp as saying divisions had formed over the distribution of government positions and the president’s attempts “to manage internal tensions among his supporters had failed and resulted in security incidents outside the capital.”

As for Machar, the panel said his inability to influence the government’s decision-making or spur implementation of the cease-fire agreement has led the Sudan People’s Liberation Movement-Army in Opposition, which the vice president heads, to begin “to break apart.” Some political and military leaders in Machar’s camp are challenging his leadership, and some military officers have defected to the government, the experts said.

There were high hopes for peace and stability once oil-rich South Sudan gained its long-fought independence from Sudan. But the country slid into ethnic violence in December 2013 when forces loyal to Kiir started battling those loyal to Machar, his former vice president who belongs to the Nuer ethnic group.

Numerous attempts at peace failed, including a deal that saw Machar return as vice president in 2016 only to flee months later amid fresh fighting. The civil war has killed nearly 400,000 people and displaced millions.

Intense international pressure followed the recent peace deal and coalition government led by Kiir, with Machar as his deputy. But the government has failed to achieve many reforms including completing unification of the army command, graduating a unified force, and reconstituting the Transitional National Legislative Assembly.

In addition to the escalating humanitarian crisis, now engulfing 8.5 million people — over two-thirds of the country’s population — the panel said government security forces have gained control of public and natural resources by establishing independent revenue-generating companies.

The profits earned by each security force “have been untracked, unaudited and blocked from use by the government,” it said, citing a review of Ministry of Finance and Planning documents, corporate records and interviews.

The experts warned that as a result of missed deadlines and political gridlock on key issues in the national unity government’s agreement “the stability of South Sudan has remained at risk.”

“Given the concerns of civil society, political leaders and military officials regarding the ability of the agreement to bring lasting peace to South Sudan and their nascent calls for Mr. Kiir and Mr. Machar to step down, urgent engagement is needed to avert a return to large-scale conflict,” the panel said.

The experts cited multiple sources in the government and armed groups mostly agreeing that 2½ years after the signing of the peace agreement its momentum has waned. The experts said officials from Kiir and Machar’s parties also mainly agreed “that the slow pace of implementation and the shifting political stances of some of the signatories had made the agreement unlikely to be implemented.”

It quoted a statement from the Jieng Council of Elders, an influential body of Dinka traditional leaders, criticizing Kiir’s leadership in a statement in January. In a second statement on Feb. 19, the Jieng Council said that “corruption in South Sudan is the driver of political competition” and warned that the country was returning to war because the agreement had focused on power-sharing and ignored peacebuilding at the local level.

The panel also said the unity government has failed to improve protections of the rights of civilians “who have faced continued threats from government security forces and armed groups.”

The international famine warning system reported that just under half of South Sudan’s population faces “high levels of acute food insecurity” and more than 92,000 people living in several areas including the Greater Pibor Administrative Area, northern Bahr al-Ghazal and Warrap “were facing famine-like conditions as of early March 2021,” the experts said.

IMAGE: FILE – In this Saturday, June 27, 2020 file photo, trainees parade with the wooden mock guns which they use to train with, during the visit of the defense minister to a military training center in Owiny Ki-Bul, Eastern Equatoria, South Sudan. (AP Photo/Maura Ajak, File)

These were the details of the news UN experts say South Sudan divisions widen, new war possible for this day. We hope that we have succeeded by giving you the full details and information. To follow all our news, you can subscribe to the alerts system or to one of our different systems to provide you with all that is new.