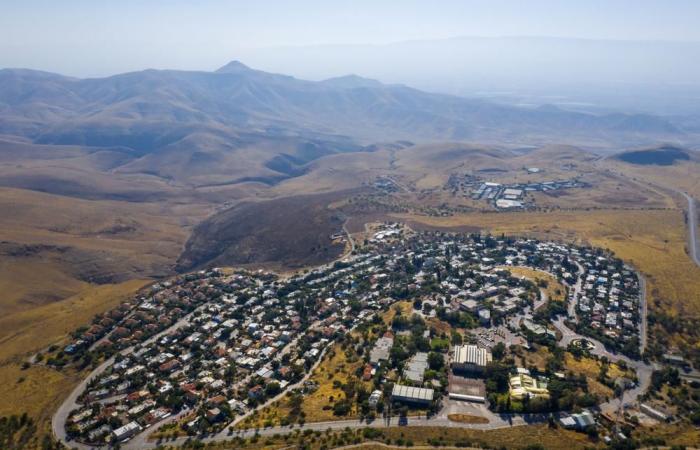 You are now following the details of the Global rights group accuses Israel of apartheid, persecution news and now we leave you with the details

Mohamed Nass - Cairo - JERUSALEM (AP) — One of the world’s best-known human rights groups said Tuesday that Israel is guilty of the international crimes of apartheid and persecution because of discriminatory policies toward Palestinians within its own borders and in the occupied territories.

In a sweeping, 213-page report, the New York-based Human Rights Watch joins a growing number of commentators and rights groups who view the conflict not primarily as a land dispute but as a single regime in which Palestinians — who make up roughly half the population of Israel, the West Bank and Gaza — are systematically denied basic rights granted to Jews.

Israel adamantly rejects that characterization, saying its Arab minority enjoys full civil rights. It views Gaza, from which it withdrew soldiers and settlers in 2005, as a hostile entity ruled by the Islamic militant group Hamas, and it considers the West Bank to be disputed territory subject to peace negotiations — which collapsed more than a decade ago.

Human Rights Watch focused its report on the definitions of apartheid and persecution used by the International Criminal Court, which launched a probe into possible Israeli war crimes last month. Israel rejects the court as biased.

Citing public statements by Israeli leaders and official policies, HRW argued that Israel has “demonstrated an intent to maintain the domination of Jewish Israelis over Palestinians” in Israel, the West Bank and Gaza, coupled with “systematic oppression” and “inhumane acts.”

“When these three elements occur together, they amount to the crime of apartheid,” it said.

As to the charge of persecution, the group cited “grave abuses” in the occupied territories, including land confiscation, the systematic denial of building permits, home demolitions and “sweeping, decades-long restrictions on freedom of movement and basic human rights.”

The report cites a range of policies it says are aimed at ensuring a Jewish majority in Israel and lands it intends to keep, while largely confining Palestinians to scattered enclaves under overarching Israeli control, with policies that encourage Palestinians to leave.

While such policies are far more severe in the occupied territories, HRW said they can also be found in Israel itself, where Palestinian citizens, who make up roughly 20 percent of the population, face widespread discrimination when it comes to housing, land access and basic services.

Omar Shakir, the author of the report, said that from the heady early days of the peace process in the 1990s up until the Obama years, “there was enough there to question whether there was an intent for permanent domination.”

But with the demise of the peace process; Israel’s plans to annex up to a third of the West Bank, which were put on hold but never abandoned; its massive expansion of settlements and infrastructure linking them to Israel; and the passing of a controversial nation-state law favoring Jews — many say it’s no longer possible to view the current situation as temporary.

“Prominent voices have for years warned that Israeli conduct risked turning into apartheid,” Shakir said. “This 213-page report finds that the threshold has been crossed.

Israel rejected the report. Human Rights Watch “is known to have a long-standing anti-Israel agenda,” the Foreign Ministry said. “The fictional claims that HRW concocted are both preposterous and false.”

Israel’s supporters reject allegations of apartheid, pointing to the existence of the internationally recognized Palestinian Authority, which administers scattered West Bank enclaves under agreements signed in the 1990s.

Israel and the Palestinians have held several rounds of peace talks since then that included discussions of Palestinian independence but were unable to reach a final agreement.

Eugene Kontorovich, director of international law at the Kohelet Policy Forum, a conservative Israeli think tank, said the Palestinians were responsible for their fate. “They have chosen it by rejecting alternatives,” he said.

HRW and other rights groups say that despite the existence of the Palestinian Authority, Israel maintains overarching control over nearly every aspect of Palestinian lives in both the West Bank and Gaza.

Israel has exclusive control over 60 percent of the West Bank, its borders and airspace, and imposes restrictions on movement and residency. The nearly 500,000 Jewish settlers living in the West Bank have full Israeli citizenship, while the territory’s 2.5 million Palestinians live under military rule.

The disparity could be seen in Israel’s successful coronavirus vaccination campaign, with shots freely offered to settlers but largely denied to their Palestinian neighbors.

In Gaza, an Israeli blockade imposed after Hamas seized power has largely confined two million Palestinians to the coastal strip and decimated the economy. Israel imposes heavy restrictions on the movement of people and goods in and out of Gaza, as does neighboring Egypt.

The agreements reached in the 1990s were intended to be temporary, pending an historic peace accord that would establish a Palestinian state in most of the West Bank, Gaza and east Jerusalem, territories Israel captured in the 1967 war. But that kind of agreement appears farther out of reach than at any point in the last three decades.

Israel is dominated by right-wing parties opposed to the creation of a Palestinian state. Neither of the rival Palestinian governments in the West Bank or Gaza commands a national movement that could make major concessions, even if Israel were willing to do the same.

Many have concluded that a negotiated two-state solution — still widely seen internationally as the only way of resolving the conflict — will never happen.

Instead of focusing on maps and borders, they call for equal rights for Jews and Palestinians in one binational state, a confederation or some other arrangement.

Kontorovich, voicing a common Israeli criticism, accused HRW of unfairly singling Israel out and trying to delegitimize it.

Human Rights Watch does not adopt a position on what a final agreement should look like, but says any attempt to resolve the conflict must recognize the reality on the ground.

“The underlying issue is structural repression and discrimination,” Shakir said. “You need to address rights abuse and then create a context in which there can be a political solution that all parties reach.”

IMAGE: This June 30, 2020, file photo, shows a view of the West Bank Jewish settlement of Ma’ale Efrayim in the Jordan Valley. One of the world’s best-known human rights groups says Israel is guilty of the international crimes of apartheid and persecution. (AP Photo/Oded Balilty, File)

These were the details of the news Global rights group accuses Israel of apartheid, persecution for this day. We hope that we have succeeded by giving you the full details and information. To follow all our news, you can subscribe to the alerts system or to one of our different systems to provide you with all that is new.