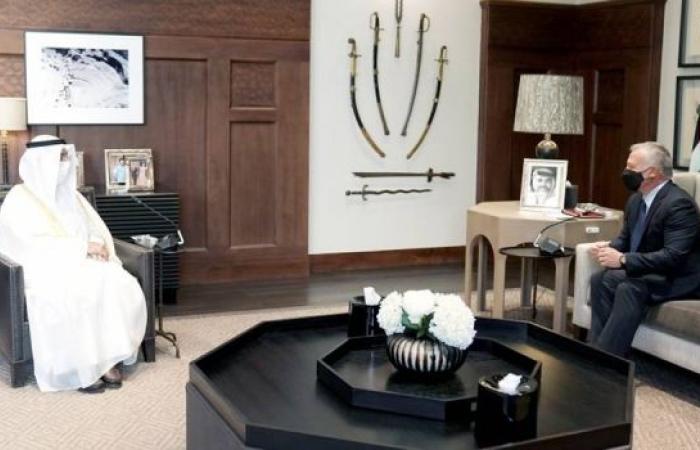 The denouncement by the King came during his reception of Gulf Cooperation Council (GCC) Secretary General Dr. Nayef Al-Hajraf, according to a royal statement aired by the official Petra news agency.

The King also lauded the resilience of the Palestinian people in the face of aggressive Israeli actions.

The statement added that King Abdullah and Al-Hajraf discussed means to bolster cooperation and enhance the strategic partnership between Jordan and GCC member sates.

They reviewed the latest regional developments, foremost of which is the Palestinian cause and the situation in Jerusalem.

For his part, the GCC chief conveyed to the King best wishes of the GCC leaders and peoples on the occasion of the Hashemite Kingdom’s centennial, commending its remarkable achievements.

He reiterated that Jordan’s security is part of the GCC’s security, expressing support for the Hashemite kingdom’s efforts to safeguard its security and stability. — KUNA

These were the details of the news Jordan King condemns Israeli aggression against Palestinians for this day. We hope that we have succeeded by giving you the full details and information. To follow all our news, you can subscribe to the alerts system or to one of our different systems to provide you with all that is new.