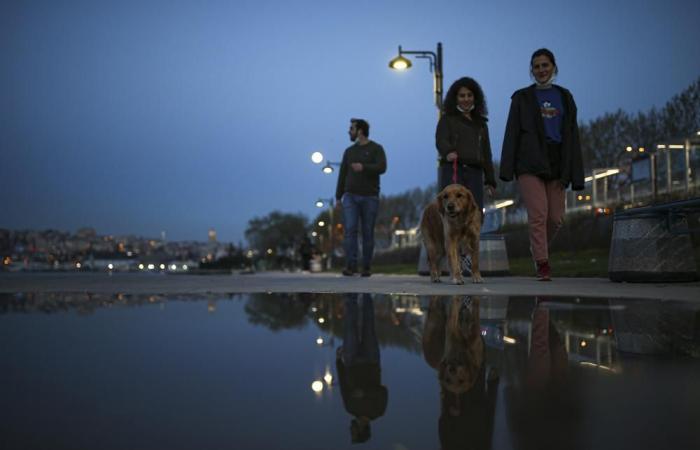 Turkey had so far instituted partial lockdowns to curb infections and to keep businesses running as it faces a significant economic downturn.

President Recep Tayyip Erdogan said Monday that all businesses would have to close down unless otherwise stated by the interior ministry. Those exempt from the lockdown are expected to include, agriculture, health-care and hygiene businesses. Supermarkets will remain open except on Sundays. Intercity travel will require permissions, and schools will switch to online education. The measures will be in place until May 17 and include the Muslim holiday of Eid al-Fitr.

“There will an uninterrupted restriction on going outside between these dates,” Erdogan said, although exceptions were expected to be announced for shopping, visits to hospitals or doctors and essential workers going to their jobs. Turkey had previously instructed people to stay at home on evenings, weekends and holidays.

Erdogan said that without stricter restrictions and lower infection rates, there would be a “heavy price” for tourism, trade and education. He said the aim is to reduce daily infections to 5,000. Confirmed daily infections Monday stood at 37,312 — down from a record of more than 63,000 in mid-April.

Infections and deaths soared after Turkey lifted partial restrictions in March, when the government tried out a “controlled normalization” effort by categorizing Turkey’s provinces into four risk tiers. That attempt failed and the virus spread across cities and provinces, aided by mutations that made it more contagious.

The country of 83 million has recorded more than 4.6 million infections and a total 38,711 deaths.

These were the details of the news Turkey announces strictest lockdown so far as virus surges for this day. We hope that we have succeeded by giving you the full details and information. To follow all our news, you can subscribe to the alerts system or to one of our different systems to provide you with all that is new.