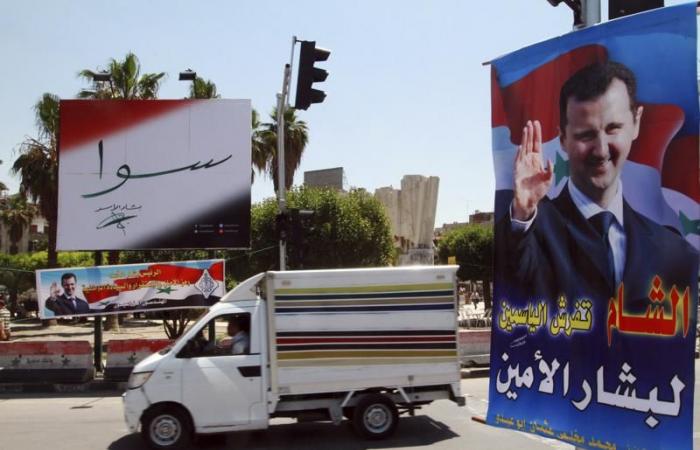 Mohamed Nass - Cairo - BEIRUT (AP) — A leading Syrian rights group Monday called on the international community to reject next month’s presidential elections because they will take place under the rule of President Bashar Assad, who is implicated in war crimes.

Paris-based Syrian Network for Human Rights, describing the elections as a sham, said the vote was scheduled by Assad’s government in violation of a UN-charted path toward a political resolution to the decade-old war.

According to the 2015 resolution, presidential elections should take place only after drafting a new constitution that allows for a free and competitive vote.

“What is the point then of a (UN-backed) political track?” said the rights group’s director, Fadel Abdul-Ghany. “The regime has totally torpedoed the UN Security Council resolution. The world must stress these elections are illegitimate.”

The election will be the second since the country’s civil war broke out 10 years ago. It is to be held May 26 with Syrians abroad voting May 20.

The rights group noted that international investigators have found that Assad and his forces have committed war crimes against civilians, including the use of chemical weapons on several occasions.

The findings by the UN and the Organization for the Prohibition of Chemical Weapons have been contested by Assad and his allies, who deny his government has used them against civilians.

Meanwhile, UN talks have been bogged down because Assad enjoys the support of veto-yielding nations Russia and China in the Security Council, as well as Iran.

Since Assad was elected to his last seven-year term in 2014, nearly 48,000 Syrian civilians have been killed in the conflict, including more than 8,000 children. More than 44,000 are still forcibly disappeared, according to SNHR, which shares its data with the UN.

So far, over two dozen candidates have applied to compete in next month’s elections. Abdul-Ghany said none of them represents real competition for Assad. According to the 2012 constitution, candidates must have lived in Syria for the last 10 years, which effectively bars any opposition candidate from running against him. It also requires that parliament — stacked with members of Assad’s ruling party — approve those eligible to run.

The armed conflict has subsided but Syria remains torn. Thousands of foreign troops are based in different parts of the country and over 30 percent of the territory, with at least seven million people, is outside of Assad’s control.

Elections are not going to take place in at least four provinces, said Abdul-Ghany, because they are under control of the opposition and Kurdish forces.

“Is he going to be president of (only) parts of Syria?” he said, referring to Assad.

FILE – In this May 12, 2014 file photo, campaign posters for the upcoming presidential election adorn a street in Damascus, Syria. (AP Photo, File)

These were the details of the news Syria rights group urges world to reject presidential vote for this day. We hope that we have succeeded by giving you the full details and information. To follow all our news, you can subscribe to the alerts system or to one of our different systems to provide you with all that is new.