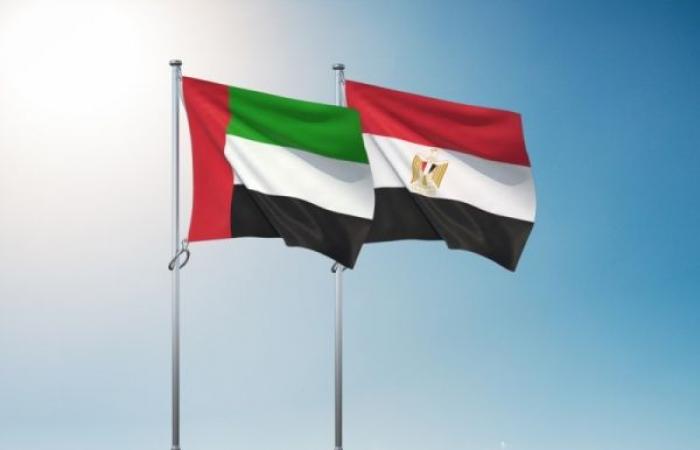 We show you our most important and recent visitors news details UAE, Egypt upgraded bilateral ties to advanced levels in the following article

Hind Al Soulia - Riyadh - ABU DHABI — Over the last decade, the United Arab Emirates and Egypt have upgraded their bilateral ties to advanced levels, which helped strengthen their presence as key political, economic and military players in the region.

In recent years, both countries have demonstrated that they share the same strategic principles, underscoring their understanding and convergence towards various issues, which ensured their rapid response to the challenges facing the region.

Their political stances towards key regional issues are based on a series of principles, most notably supporting a political settlement to conflicts, protecting the security and stability of the Arab region, and maintaining the unity and safety of Arab countries.

The UAE and Egypt have played key roles in several strategic portfolios in the region and the wisdom of their leaderships protected the region’s stability.

Moreover, Abu Dhabi and Cairo have cooperated with regional and international alliances aimed at combatting terrorism, halting the financing of terrorist groups, ending political and media support for these groups, and cutting off their supply of arms and fighters, which helped overcome many of the region’s issues.

The UAE and Egypt share profound historic ties and a journey of cooperation, to strengthen Arab and regional security and reinforce the process of sustainable development in Arab countries.

Their bilateral ties were established before 1971 when the UAE was established under the leadership of the late Sheikh Zayed Bin Sultan Al-Nahyan. The UAE has supported Egypt through dire conditions since the Suez Crisis, the "Tripartite Aggression," the June 1967 War and the October 1973 War, when it decided to cut oil supplies in solidarity with Egypt and donated 100 million pounds to help Egypt and Syria during the war.

The late Sheikh Zayed supported Egypt throughout the war and its development phase through numerous development projects covering housing, health and agriculture.

In return, Egypt was among the first countries that supported the establishment of the UAE in 1971, recognising it and supporting it regionally and globally as a pillar of security and stability and a new addition to Arab solidarity.

Since that era, their relations were solidified through a strategic partnership aimed at achieving the interests of their peoples and addressing the challenges facing the region.

In the first half of 2020, the value of the non-oil trade between the two countries amounted to $3.4 billion, a 20 percent surge compared to the same period in 2019. The UAE is the second leading trading partner of Egypt in the Arab region and ninth in the world, and their non-oil trade exchange doubled four times from 2010 to 2019. Emirati foreign direct investments in Egypt amounted to nearly $15 billion while Egyptian investments in the UAE totalled over $1 billion.

Furthermore, Al Azhar, Egypt's top religious authority, has acquired official and popular support in the UAE as a moderate religious entity. Under this framework, the Sheikh Zayed Grand Mosque Centre (SZGMC) announced, in April 2013, an initiative to finance several projects launched by Al Azhar in Egypt valued at around 250 million dirhams. — WAM

These were the details of the news UAE, Egypt upgraded bilateral ties to advanced levels for this day. We hope that we have succeeded by giving you the full details and information. To follow all our news, you can subscribe to the alerts system or to one of our different systems to provide you with all that is new.