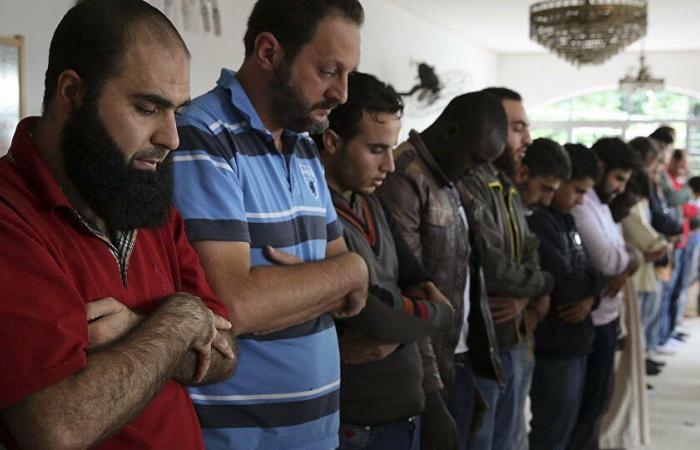 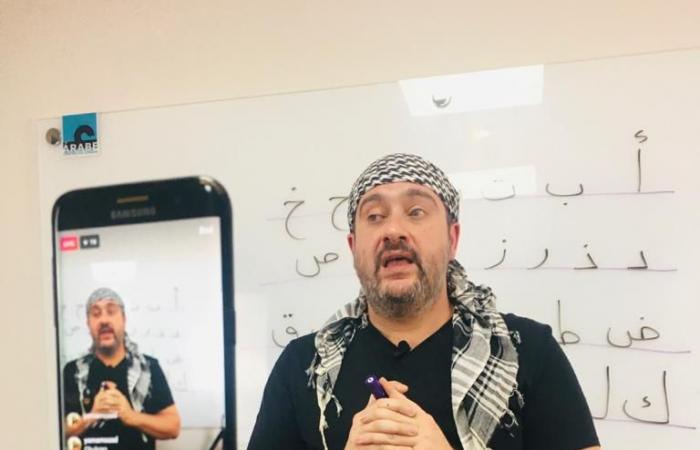 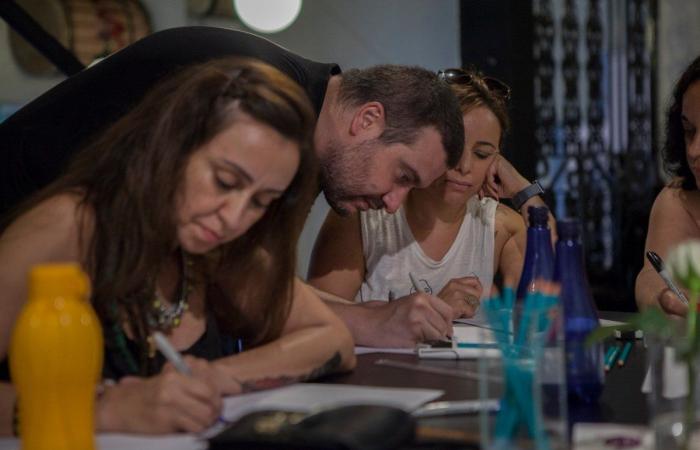 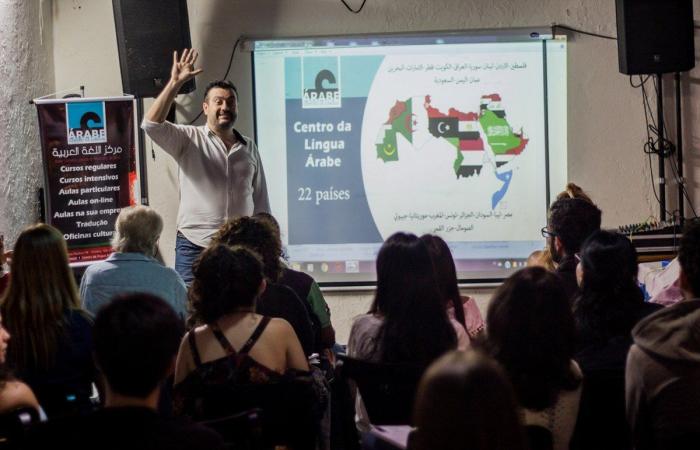 The country’s GDP fell 4.1 percent in 2020 and the unemployment rate is one of the highest in the world, with at least 13.5 percent of Brazilians out of the job market. And with 390,000 fatalities, Brazil has the second-highest number of deaths from COVID-19 in the world.

There is no solution in sight given that President Jair Bolsonaro has always refused to federally impose social-distancing measures, and has failed to secure enough vaccine doses for the population.

Amid these crises, Syrian refugees are struggling to survive. Many have had to leave Brazil in search of better opportunities in North America and Europe.

“We live with great difficulties day by day,” 35-year-old refugee Salsabil Matouk told Arab News. “We’re thankful for the possibility of coming to Brazil, but we’re afraid about our future. Everybody is going bankrupt and we don’t know where to go.”

Matouk and her husband were pharmacists in Damascus and decided to leave Syria for Brazil in 2014. Part of their family went to Jordan, part to Saudi Arabia. In Brazil, her husband had to work as a salesman and in a transportation company until he managed to have his degree recognized.

“He had very low salaries. Even after the degree validation, he remained unemployed for three years,” Matouk said. In June 2020, he finally found a job at a pharmacy.

Meanwhile, she began to cook traditional Syrian food for Brazilians. The couple had to provide for their four kids — three of whom were born in Brazil — and her business found relative success. “In 2019, we were catering for large events,” she said. But the pandemic changed everything.

“There are no events anymore and orders have gone down. Our situation is very hard now,” she added.

Matouk’s story is not different from that of many other Syrians in Brazil. According to Paolo Parise, a Roman Catholic priest who manages a center for immigrants and refugees in Sao Paulo, most of the Syrians who came to Brazil have a high educational level, but many have had to adapt to low-wage jobs.

“Syrians have been especially labeled as good cooks in Brazil, so many began to work with food,” he told Arab News. Now, however, many such businesses are closing down and refugees have been moving to other countries.

“A Syrian woman who I know left the country with her son and went to Egypt last week. Another family is waiting to get a US visa,” Parise said. At Mission Peace, his welcome center, there is currently a young man from Syria who arrived four months ago after living in Egypt.

“He got an informal job in 25 de Marco Street, a popular shopping hub where Arabs from different countries own shops,” said Parise, who used to collaborate with Mesquita Brasil, a mosque in downtown Sao Paulo that offered Portuguese language courses for Syrian refugees three years ago. Part of the classes were at the mosque, part at Mission Peace.

Sheikh Mohammed Al-Bukai, Mesquita Brasil’s leader, told Arab News: “We rented two nearby buildings for Syrians. They could stay for a few months, until they managed to get a job. Then others would come.” At least 300 families were assisted by the mosque.

Syrian-born Al-Bukai said many refugees looked for help in mosques as soon as they arrived in Brazil, given that they did not speak Portuguese and there they could find Arabic-speaking people. “We obviously helped both Muslim and Christian Syrians. It’s a humanitarian need,” he added.

Now, amid the pandemic, the mosque is again distributing food donations to refugees, Al-Bukai said. Many refugees expected that the large Arab-Brazilian community, estimated at 10 million people, would do more help to them. But that did not happen, said 31-year-old refugee Abdulbaset Jarour.

“Most descendants of Arabs in Brazil lost their connection with the Arab world. They have great strength as a community, but I personally had a terrible experience with some of them,” he added, saying most assistance came from NGOs and churches.

Jarour arrived from Aleppo in 2014 and faced many challenges. He did not speak Portuguese and did not know anybody in Brazil. “Syrians also suffered prejudice from some Brazilians, who viewed us as terrorists,” he said.

In Sao Paulo, he became more and more involved with the struggles of his community and ended up becoming an activist for the refugee cause. In 2017, he was one of the organizers of the Refugees World Cup, with football teams formed with refugees from all parts of the world.

Syrians also suffered prejudice from some Brazilians, who viewed us as terrorists.

“When we started playing, some refugees brought Syria’s official flag and others brought the revolutionary banner,” Jarour said. “An argument began. I told the guys that we came to Brazil to escape the war, and that we couldn’t start fighting here. Football ended up uniting everybody.”

He lamented that the pandemic has impacted so many of his countrymen. “We’re very vulnerable now, and it’s like we don’t exist,” said Jarour, who lost his mother to COVID-19 last year.

The feeling of abandonment that some refugees have in Brazil seems to be partly due to a distant cultural relationship between the South American country and the Arab world.

Forty-year-old Syrian refugee Mohamad Alsaheb has been trying to build bridges. Along with other teachers, he founded in 2018 an Arabic school in Sao Paulo. Their idea was not only to teach the language, but also to bring Syrian culture to Brazil. “Most of the Arab-Brazilian community only knows how things were in Syria or Lebanon many decades ago,” he told Arab News.

“They lost their language, so they can’t even talk to their relatives in the Middle East anymore.”

Their project, he said, is to gradually build an Arab cultural center in Brazil. “Unfortunately, we lack the resources to do so. The Arab countries don’t have any interest in Brazil, and they wouldn’t help us,” said Alsaheb, who has been seeing many friends leave the country lately due to the crisis.

His school succeeded in transferring classes online, and the number of students has grown since the pandemic started. “We now have students not only from Sao Paulo but from the whole country, and even from other countries,” he said.

Alsaheb’s entire family moved to Egypt, while he remained in Syria waiting for the end of the conflict. When he tried to join them, Egypt did not allow him, so he went to Brazil.

Now, he is a Brazilian citizen and can visit his mother in Egypt using a Brazilian passport. “It’s been 10 years since I last saw her,” he said. Alsaheb does not think about leaving Brazil anymore, but the uncertainties of life in the country have been causing great doubts in people such as Matouk.

She does not regret having come to Brazil, but also does not discard the idea of moving somewhere else in the future. “Here we’ve been unable to teach our religion and our culture to our kids. Islamic schools are expensive and too distant from our home. We keep imagining how things will be for them in the future,” she said.

These were the details of the news Brazil’s overlapping crises make life for Syrian refugees an uphill struggle for this day. We hope that we have succeeded by giving you the full details and information. To follow all our news, you can subscribe to the alerts system or to one of our different systems to provide you with all that is new.