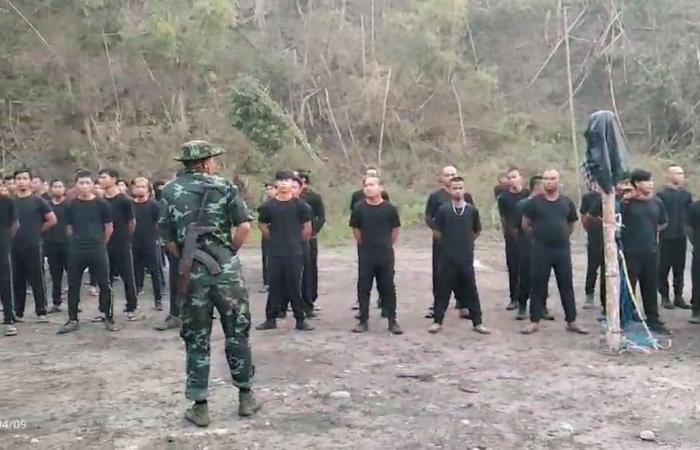 YANGON, April 27 — Heavy fighting erupted at a Myanmar army outpost near the eastern border with Thailand early today in an area largely controlled by forces of a Karen ethnic army, witnesses in Thailand said.

Gunfire could be heard from across the Salween river and video posted on social media showed fires and smoke rising from the forested hills.

“There has been heavy fighting at the Myanmar army outpost opposite Mae Sam Laep,” said a provincial official from the northwestern Thai town of Mae Hong Son. “Our security officials are assessing the situation but so far there has been no report of impact on the Thai side.”

The Karen Information Center, a local media group, said the the ethnic armed group had overrun the army outpost.

Nor did the Karen National Union (KNU) ethnic armed group, whose forces in the area had surrounded the army post and had clashed elsewhere with the army since it seized power in a February 1 coup and plunged Myanmar into turmoil.

The fighting came days after South-east Asian countries said they had reached consensus with Myanmar’s junta on ending violence to try to halt the bloody crisis since the army takeover ended a decade of steps towards democracy.

Clashes between the army and some of the two dozen or so ethnic armed groups have broken out since the coup, after years of relative quiet.

Those armed groups have supported opponents of the junta, whose forces have killed more than 750 civilians to try to suppress protests against the coup, according to an activist group that is monitoring fatalities and arrests. — Reuters

These were the details of the news Fighting erupts in Myanmar near Thai border for this day. We hope that we have succeeded by giving you the full details and information. To follow all our news, you can subscribe to the alerts system or to one of our different systems to provide you with all that is new.