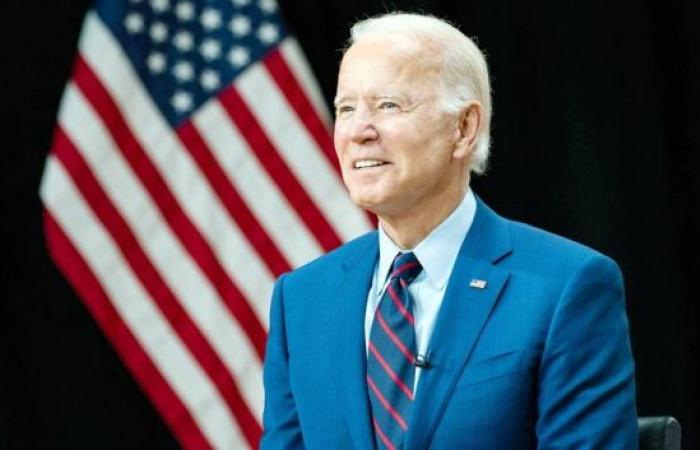 Hind Al Soulia - Riyadh - WASHINGTON — Just over half of Americans approve of the job President Joe Biden is doing as he marks 100 days in office, thanks mainly to the way he is handling the coronavirus pandemic.

According to a new survey by Washington / Post-ABC News, 52 percent of Americans say that they at least somewhat approve of the actions Biden has taken so far, while 42 percent disapprove.

Biden’s approval rate is the third lowest of any president since 1945, after Donald Trump and Gerald Ford. Biden’s rating of 52% in the Washington Post / ABC News poll is roughly consistent with two other surveys released by NBC News — 53% — and Fox News — 54%.

Biden has faced a number of challenges since he took office in January, including the COVID-19 vaccine rollout and a surge of migrants at the US-Mexico border. The president is also getting involved in a legislative push for a major infrastructure package.

The Washington Post / ABC poll was conducted between April 18-21, with responses from 1,007 US adults and a margin of error of 3.5 percentage points.

The increasingly radical presidency of Biden was built on a straightforward foundation: putting COVID-19 shots in arms and stimulus checks in the bank.

"When I took office, I decided that — it was a fairly basic, simple proposition, and that is I got elected to solve problems," Biden said at his first official news conference in March.

"And the most urgent problem facing the American people, I stated from the outset, was COVID-19 and the economic dislocation for millions and millions of Americans."

Had Biden stumbled on these key tasks, his emerging, and staggering, multi-trillion dollar aspirations to remake the US economy and much of the social safety net would have appeared not just ambitious but politically inconceivable.

But the president can report at the end of his first 100 days in office to a joint session of Congress on Wednesday night that he has successfully embarked on a mission he defined on Inauguration Day to "repair," "restore," "heal" and "build."

He promised 100 million vaccines administered in his first 100 days, and delivered 200 million. With a Democratic-controlled Congress, he sent out the $1,400 emergency checks that never arrived under ex-President Donald Trump and a Republican Senate.

When Biden took office, the US was averaging around 195,000 new cases of COVID-19 a day and 3,000 deaths. Now there are signs the pandemic is easing, with an average around 57,000 fresh infections and nearly 700 deaths per day.

Those numbers are still dangerously high, but Biden's claims reflect a strategy that under-promised and over delivered on vaccinations, while his administration benefited from taking power at a dark moment in the pandemic that his predecessor had largely neglected.

The president also had the good fortune to inherit an effective vaccine development program from Trump, though his team argues that the previous administration had few plans to distribute it.

But through his own management and a measure of luck, Biden will address a nation emerging from a viral storm in a more sustainable way than it ever has since the start of the pandemic.

It's no coincidence that Biden's first address to Congress — an occasion shorn of much of its ceremony by social distancing — will take place later than those of most modern first-term presidents seeking a boost to their agendas.

These were the details of the news Most Americans feel good about Biden’s first 100 days for this day. We hope that we have succeeded by giving you the full details and information. To follow all our news, you can subscribe to the alerts system or to one of our different systems to provide you with all that is new.