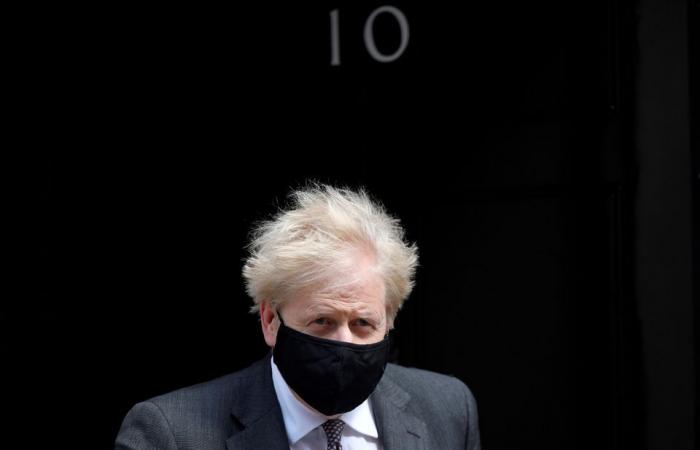 Mohamed Nass - Cairo - British Prime Minister Boris Johnson denied on Monday saying he would rather bodies piled “high in their thousands” than order a third social and economic lockdown to stem coronavirus infections, as reported in a newspaper.

Johnson is facing a stream of allegations in newspapers about everything from his muddled initial handling of the COVID-19 crisis to questions over who financed the redecoration of his official apartment.

The Daily Mail newspaper cited unidentified sources as saying that, in October, shortly after agreeing to a second lockdown, Johnson told a meeting in Downing Street: “No more fucking lockdowns – let the bodies pile high in their thousands.”

Asked whether he had made the remark, Johnson told broadcasters: “No, but again, I think the important thing, I think, that people want us to get on and do as a government is to make sure that the lockdowns work, and they have.”

The Daily Mail did not respond to a request for comment.

“If he did say those things, he’s got to explain it,” he told broadcasters.

Johnson did impose a third lockdown, in January, though critics say it could have been avoided had he yielded to pressure from senior ministers to make the second lockdown more stringent.

Britain has the world’s fifth largest official COVID-19 death toll, with 127,681 deaths, after the United States, Brazil, Mexico and India, according to Johns Hopkins University of Medicine.

Johnson, 56, and Cummings, 49, were once close allies who worked closely on the successful ‘Vote Leave’ campaign to take Britain out of the European Union in the 2016 referendum.

Cummings also advised Johnson in the 2019 election campaign, which won the Conservatives their biggest parliamentary majority since 1987, but he left the prime minister’s staff suddenly late last year.

Cummings said Johnson had planned to have donors pay secretly for the renovation of his Downing Street apartment, adding that was “unethical, foolish, possibly illegal – and almost certainly broke the rules on proper disclosure of political donations”.

Defence Secretary Ben Wallace on Monday declined to confirm or deny if Johnson had been given an undeclared loan from political donors to pay for the renovation of the flat. What mattered now was that Johnson had borne the cost himself, Wallace said.

“Do I think the prime minister is sleazy? No, I don’t,” he told BBC radio.

Asked last month about the refurbishment plans, Johnson’s spokeswoman said all donations, gifts and benefits were properly declared, and that no party funds were being used to pay for the refurbishment.

These were the details of the news UK denies that Johnson said ‘let the bodies pile high’ for this day. We hope that we have succeeded by giving you the full details and information. To follow all our news, you can subscribe to the alerts system or to one of our different systems to provide you with all that is new.