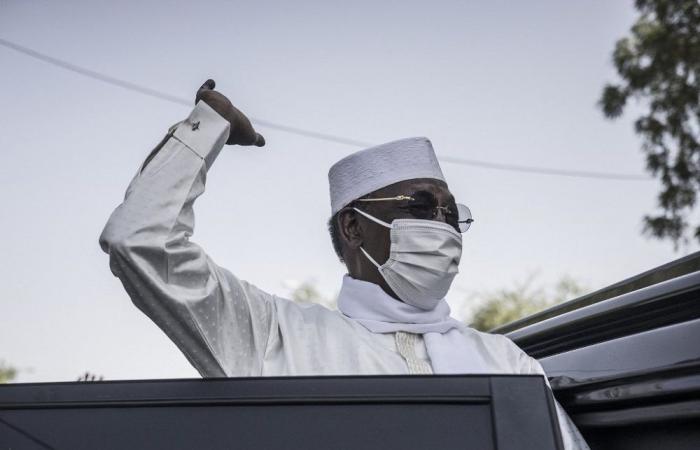 Albert Pahimi Padacke was the last premier under Deby, whose shock death triggered the creation of a so-called Transitional Military Council (TMC) headed by his son, 37-year-old Mahamat Idriss Deby.

Pahimi Padacke will lead a government whose members will be named or revoked by the younger Deby, according to a 95-article “Transition Charter” published last Wednesday that supersedes the constitution.

The government will oversee a transition period of 18 months leading to “free and democratic elections,” under the charter.

The TMC groups 15 generals seen as the closest to the late president, who won praise abroad for his leadership fighting jihadists in the vast and volatile Sahel.

Pahimi Padacke was credited with just over 10 percent of the vote in the April 11 elections, whose landslide victory by Deby was in little doubt.

Opposition leader Saleh Kebzabo cautiously welcomed the appointment, saying: “We are in an unusual political situation... we wish him a lot of success.”

“All Chadians must come together in this difficult period,” Kebzabo said.

“We should have had a civilian president first, followed by the appointment of a civilian prime minister,” said Succes Masra, head of The Transformers opposition movement.

His organisation called for Chadians to “come out en masse” on Tuesday to demand the TMC step down and to protest at France’s ‘negative interference” in Chad.

Pahami Padacke had presented himself during the campaign as independent, calling for Deby’s departure while praising the veteran leader’s “bravery”.

“The only courage he lacks is that of accepting a peaceful transfer of power,” he said at one campaign rally.

Deby, who was 68, had led the former French colony with an iron fist for three decades, winning six successive elections.

Pahimi Padacke was his prime minister from 2016 to 2018, when the president eliminated the post as part of moves to consolidate power.

The opposition branded the accession of Deby’s son as head of a military council an “institutional coup”.

The junta has gone on the offensive against Libya-based northern rebels, vowing yesterday to root out their leader Mahamat Mahadi Ali, seeking help from neighbouring Niger to track him down along with his fighters.

Junta spokesman Azem Bermandoa Agouna accused the Front for Change and Concord in Chad (FACT) of killing several dozen Chadian soldiers and said Ali was “sought for war crimes by Tripoli’s prosecutor general”, adding that his assets had been frozen for “financing terrorism”.

According to the army, several columns of heavily armed vehicles rolled in from Libya on April 11 -- election day in Chad—attacking a customs post at the border in the province of Tibesti, some 1,000 kilometres from the capital N’Djamena.

Agouna appealed to Niamey “to facilitate the capture and bringing to justice of these war criminals.”

FACT, which has a pact with Khalifa Haftar, the military strongman of eastern Libya, emerged in April 2016.

On Saturday the rebels said they were prepared to observe a ceasefire, but Agouna said the two sides were at war.

“They are rebels, which is why we are bombing them. We are waging war, that’s all,” Agouna said.

“The time is not for mediation, nor for negotiation with outlaws.”

Reached by telephone, Ali told AFP he was still in Chad, in the northern province of Kanem, adding that his forces had been bombarded.

“If they want to make war, we will make war,” he said. “If they attack us we will respond.”

Deby himself came to power in 1990 at the head of a rebel force that rolled in from neighbouring Sudan.

He was buried last Friday in a state funeral attended by French President Emmanuel Macron.

Deby was a linchpin in the fight against the insurgency, and Macron pledged at the ceremony: “France will never let anyone, either today or tomorrow, challenge Chad’s stability and integrity.” — AFP

These were the details of the news Chad junta names interim prime minister a week after Deby's death for this day. We hope that we have succeeded by giving you the full details and information. To follow all our news, you can subscribe to the alerts system or to one of our different systems to provide you with all that is new.