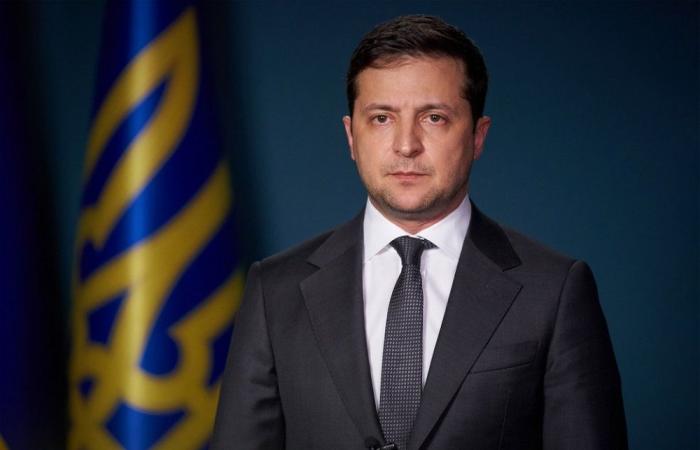 CHERNOBYL, April 26 — Ukrainian President Volodymyr Zelensky today urged the international community to work together to ensure nuclear security and prevent a repeat of the Chernobyl disaster on the 35th anniversary of the world’s worst nuclear accident.

He made the comments during a trip to the Chernobyl exclusion zone, an area spanning a 30-kilometre radius around the nuclear power plant that was evacuated in the aftermath of the accident and has been deemed unsafe for humans to live for thousands of years.

“Our task is to do everything possible to bolster security and strengthen safety to avoid and never repeat a similar disaster in the future,” Zelensky said in an address to Ukrainians leading nationwide commemorative events.

In the capital Kiev, dozens of people including religious leaders and elderly veterans in military uniform involved in the fraught clean up efforts immediately after the incident joined a ceremony and placed flowers at a Chernobyl memorial.

“History does not go backwards,” Zelensky said in his televised speech, “so Chernobyl today is a common challenge and a joint responsibility for the future and safety of the planet”.

The deaths of some 30 people were directly linked to the explosion in the fourth reactor at Chernobyl during a safety test on April 26, 1986.

But thousands more are feared to have died in the years that followed from radiation poisoning across Ukraine as well as its northern neighbour Belarus and Russia to the east.

The exact number of victims remains a subject of intense debate because the Soviet authorities kept most of the information about the disaster hidden.

Hundreds of thousands of people were evacuated from the area around the disaster site, and the exclusion zone has now become a ghostly uninhabited region.

About 600,000 emergency workers and state employees who became known as “liquidators” were dispatched with little or no protective gear to help clean up the aftermath of the disaster.

A 2005 United Nations report estimated that up to 4,000 people could eventually perish from the invisible poison in Ukraine, Russia and Belarus.

The Greenpeace environmental group issued its own study the following year estimating that 100,000 people had already lost their lives as a result of the accident.

In November 2016, a massive metal dome was erected over the remains of the reactor—paid for with €2.1 billion (RM10.4 billion) in international funding—to stop future leaks and ensure the safety of Europeans for generations.

Ukrainian authorities say the area maybe not be fit for humans for 24,000 years, but the site has been attracting more tourists in recent years and Kiev wants to make it a UNESCO World Heritage Site.

Zelensky in his address today repeated his ambition to overhaul the exclusion zone and render it both an attractive tourist destination and also an environmental haven.

“Our goal today is to transform the exclusion zone ... into an area of renaissance.”

Surging flora and fauna have taken over deserted tower blocks, shops and official buildings, as the area turned into a giant reserve unprecedented in Europe in size. — AFP

These were the details of the news Ukraine urges global solidarity to prevent Chernobyl repeat for this day. We hope that we have succeeded by giving you the full details and information. To follow all our news, you can subscribe to the alerts system or to one of our different systems to provide you with all that is new.