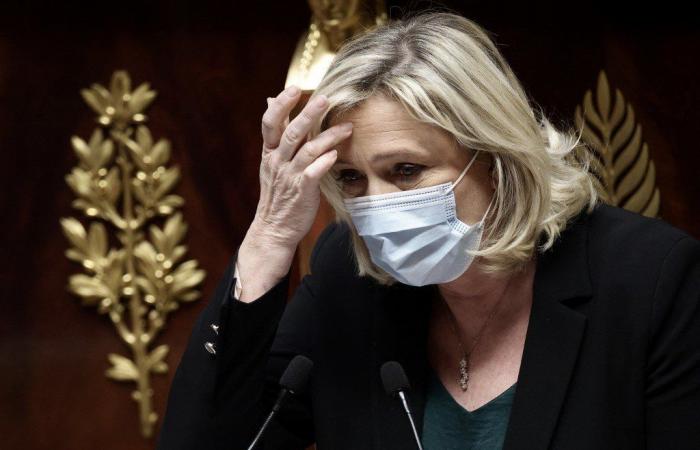 Jeddah - Yasmine El Tohamy - KABUL: It was in late 2013 when Ahmad Fatah says he openly worked as a translator for the US military and often accompanied the troops during patrols and raids on suspected Taliban insurgents in Afghanistan’s eastern Logar province.

Several residents of Logar, Fatah’s birthplace, knew about his occupation too when he, along with thousands of other Afghan interpreters, assisted and protected American troops during their fight against the Taliban for decades after the September 11, 2001 attacks, treating their safety as an afterthought and living in fear of the insurgent group who consider them traitors or collaborators.

Washington was heavily reliant on the language skills and cultural knowledge of local translators — with many well-versed in English, Dari and Pashtu — to interpret conversations between US forces and the Taliban.

Today, Fatah, whose name has been changed for his own protection, lives in Kabul since moving there in mid-2014 at the age of 24, after receiving a death threat for “betraying the country and Islam by working with US invaders.”

Fatah says soon after receiving that phone call he informed his former employers at the US military in Afghanistan of the warning in the hope of being granted a Special Immigration Visa (SIV) and migrate to America.

He reached a dead end there too.

“I was told that I did not fit the criteria as the SIVs are given to those who have served for at least two years, but they promised to help me,” Fatah told Arab News at a park in Kabul on Saturday where he, along with several other translators, had gathered to protest against the lack of protection offered to them by the US and other countries employing their services during the war.

The military is not giving convincing answers to some of the translators.

His fears have increased since the announcement of a planned exit of US troops from Afghanistan on Sept. 11, with Fatah and dozens of Afghan interpreters afraid of being murdered by the Taliban once the forces leave.

Since 2014, No One Left Behind, a nonprofit organization, has cataloged more than 300 cases in which the Taliban and other terrorist groups have killed interpreters or family members — many of whom were waiting for visas to the US — while a 2014 report by International Refugee Assistance Project, a nonprofit based in New York City, estimated that an Afghan interpreter was being killed every 36 hours.

Belonging to various regions of Afghanistan, the protesters demanded that they be resettled in the US through SIVs.

According to the US State Department, nearly 13,000 SIVs have been granted to Afghan nationals since 2014. However, it offers little solace for 19,000 Afghans who are still waiting for the State Department to decide their fate.

“The Americans are leaving, but what about us? What are they doing about our fate? We risked our lives for working with them,” Fatah said.

Esmatullah Faizi, from eastern Nangarhar province, said that he had applied for an SIV in 2018 but had yet to hear back from authorities on its progress.

“They (US officials) keep saying your case is under review, and we will inform you. I do not know what will happen; people (translators) are afraid because America has set September 11th as its last drawdown period,” he said.

Javid Mahmoudi, another translator from Parwan, north of Kabul, said that he was in touch with other interpreters in Afghanistan “who could not make it to the protest, but were afraid about their future.”

“The military is not giving convincing answers to some of the translators,” he told Arab News.

Participants of the protest said that they would begin a sit-in outside the US embassy in Kabul soon because officials were “not responding to their calls,” and they had no access to them to “to talk about our fears and our future.”

When contacted by Arab News for a comment, the State Department said that it takes its role in managing the SIV program very “seriously.”

“We are engaged at the highest levels to ensure we are serving SIV applicants as promptly as possible,” a US embassy foreign officer, who requested anonymity, said.

“Everyone involved in the Special Immigrant Visa process, whether in Washington or at our embassy in Kabul, is aware of the threats our Afghan colleagues face,” he said, adding that the State Department had “prioritized the Afghan SIV program by identifying program needs and directing additional resources toward two stages of the Afghan SIV process.”

Citing US State Department spokeswoman Ned Price, the official said that Washington has also increased “resources to the SIV program” and taken “steps to prioritize applications from interpreters and translators.”

“We have given extra consideration to those who have helped in combat operations. This will remain a priority going forward,” he said.

Aimed at supporting Afghans and Iraqis who came under threat for their work with the US military and other entities, the SIV program involves a lengthy application process with an average waiting time of three years.

It has faced delays since last year due to disruptions caused by the COVID-19 outbreak.

Meanwhile, addressing the plight of the Afghan interpreters, the International Refugee Assistance Project (IRAP), a US-based legal and advocacy organization that researched SIVs in Afghanistan and Iraq, said: “For more than a decade . . . the SIV programs have provided a pathway to safety for Iraqis and Afghans whose service . . . has exposed them and their families to threats, harm, and death.”

“Tens of thousands of Iraqis and Afghans have been safely resettled to the United States . . . The process, however, has not been smooth,” it said on its website.

“Over the years, the SIV programs have been beset by technical, practical, and political obstacles and inefficiencies that have hampered their operation and threatened the promise that the US government made to these allies for their service.”

These were the details of the news Le Pen’s comments criticized following terror attack for this day. We hope that we have succeeded by giving you the full details and information. To follow all our news, you can subscribe to the alerts system or to one of our different systems to provide you with all that is new.