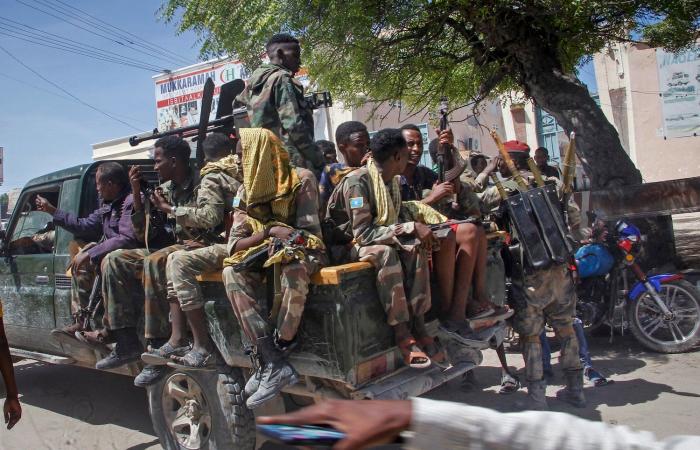 Jeddah - Yasmine El Tohamy - LONDON: British security services knew that the brother of Manchester Arena suicide bomber Salman Abedi possessed extremist material two years before the deadly 2017 attack that killed 22 people.
Ishmale Abedi was stopped at Heathrow Airport in September of 2015 while returning home from a honeymoon. It has emerged that MI5 obtained evidence of possible radicalization from a mobile phone found on him.
The phone contained a Facebook profile with images of Jordanian air force pilot First Lt. Muath Al-Kasasbeh, who was captured and murdered by Daesh in 2014, and a photograph of Ishmale with the son of senior Al-Qaeda figure Abu Anas Al-Libi.
As well as his Facebook account, UK border authorities discovered Daesh recruitment videos, literature, and chants about killing “infidels” and suicide missions on the phone. There were also images of Ishmale in possession of weapons, including pictures posing with a rocket-propelled grenade launcher, anti-aircraft gun and a machine gun, and images of him alongside Daesh flags.
Ishmale said he “apologized for the pain” caused by the attack, carried out at an Ariana Grande concert in May 2017. However, he refused to cooperate with requests to assist investigations, despite being interviewed on 22 occasions by anti-terrorism police.
He was never charged in connection with the attack, with a 19-day search of his home in Fallowfield, Manchester yielding insufficient evidence to link him to his brother’s actions, and he insists he had no knowledge of the plot.
However, he will be compelled to give evidence to an inquiry into the bombing in October, and refusal to do so could result in a prison sentence.
Ishmale’s parents are also refusing to cooperate, and left the UK for Libya before the attack, having initially come to the UK to escape the Qaddafi regime. Ishmale’s father, Ramadan Abedi, faces arrest if he returns to the UK. His brother Hashem Abedi, meanwhile, was extradited to the UK from Libya and jailed in 2020 for a minimum of 55 years — the longest custodial sentence ever passed in the UK — for helping Salman carry out the attack.
Ishmale, the only member of the family to have remained in the Fallowfield area of Greater Manchester where the Abedi family settled, was described by a former friend as the “dominant” member of the family who was entrusted with looking after his younger brothers in the UK after his parents initially returned to Libya.
“I think he had trouble controlling them,” the former friend told the Sunday Times. “They wouldn’t do what they were told.”
Ishmale was arrested the morning after the attack. It was found he had bought one-way plane tickets for his brothers to return to the UK from Libya, where they too had eventually moved, in April 2017. He told police that he had warned his parents about the pair, as they had both dropped out of education in the UK and had caused disagreements over access to his mother’s UK bank account, of which he was the principal controller.
A search of two computer drives at Ishmale’s house revealed a raft of Daesh material, including images of burned bodies, flags, Ishmale and Salman holding guns, and video footage of Al-Qaeda recruiter Anwar Al-Awlaki, but insufficient evidence to link him to the attack.
The Sunday Times tracked Ishmale to an address in Manchester where he lives with his family under an alias.
He told the paper: “It’s not safe for me. I’ve been instructed by the police not to talk to anyone. I’m feeling really bad, mate. Really bad.” However, he refused to say why he would not help the inquiry, telling a reporter to “go away and don’t come back.”
Figen Murray, who lost her 29-year-old son Martyn Hett in the attack, criticized Ishmale’s refusal to cooperate, saying: “It is regrettable that Ishmale has not taken the opportunity to take part in the inquiry. It would have been one step closer to a tiny bit of contribution of healing for the families. It is a real shame that he won’t.”
Steve Howe, 65, who lost his wife Alison, said: “Nothing will bring Alison back, but it would be nice to get some answers from the Abedis.”

These were the details of the news Gunfire erupts in Somali capital amid president’s standoff for this day. We hope that we have succeeded by giving you the full details and information. To follow all our news, you can subscribe to the alerts system or to one of our different systems to provide you with all that is new.