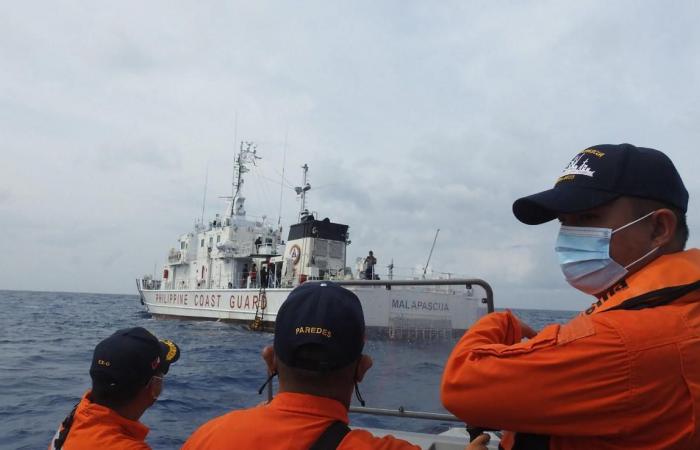 Jeddah - Yasmine El Tohamy - NICOSIA: Four years after their last peace talks failed, rival Greek Cypriot and Turkish Cypriot leaders meet in Geneva next week to explore elusive “common ground” on the divided Mediterranean island.
“We go to Geneva... steadfastly committed to resuming negotiations for reunifying Cyprus in a bi-zonal bi-communal federation,” in line with UN resolutions, international and EU law, said Nikos Christodoulides, foreign minister of the Greek Cypriot-run Republic of Cyprus, an EU member.
“There is no common ground... the issue is ‘one island, two states’,” Tahsin Ertugruloglu, his counterpart in the internationally-unrecognized Turkish Republic of Northern Cyprus (TRNC), told AFP.
Cyprus has been divided since 1974, when Turkey occupied its northern third in response to a coup orchestrated by a military junta that sought to annex the island to Greece.
On Saturday, three days before the start of the talks, Cypriots on both sides of the divide marched through the streets of the capital calling for resolution of the issue, some holding placards calling for peace and reunification.
The United Nations, whose peacekeepers have been on the ground ever since intercommunal clashes in December 1963-January 1964, is trying to mediate a settlement between the two entrenched sides.
Its mandate was expanded after the 1974 conflict, and to this day a buffer zone runs across the island, including through Nicosia — making the city the world’s last divided capital.

UN Secretary-General Antonio Guterres, who will oversee the Geneva talks on April 27-29, wants to “show that he has exhausted all options,” said Kemal Baykalli, a Turkish Cypriot analyst and UniteCyprusNow activist.
Guterres “needs to hear officially that the two sides will not find an agreement within the framework currently proposed,” of a decentralized federation, he said.
Talks held in July 2017 in Crans-Montana in Switzerland on the basis of reunification under the roof of a federal state failed, hitting roadblocks on the withdrawal of tens of thousands of Turkish troops and Ankara’s status as a guarantor power.
Turkey has also been invited to Geneva, along with Greece and Britain, the two other guarantors of the island’s 1960 independence from London.
The European Union’s attendance, requested by the Greek Cypriots, is uncertain, given strong opposition by Ankara.
Since the last talks floundered, several factors have been added to the traditional sticking points over security guarantees, political equality, territorial adjustments and the property rights of displaced populations.
The term “decentralized federation” has found its way into Greek Cypriot leader Nicos Anastasiades’ lexicon, something which his critics call a “confederation in disguise,” as sought by the Turkish Cypriots.
And pro-reunification Turkish Cypriot leader Mustafa Akinci was ousted in polls in the north last October by hard-liner Ersin Tatar, a protege of Turkey’s President Recep Tayyip Erdogan.
“Turkey has changed the paradigm,” notably by exploring for gas deposits in waters claimed by Cyprus and Greece, said Giannis Ioannou, a journalist and founder of the think-tank Geopolitical Cyprus.
It has also sparked controversy by reopening Varosha, a once glamorous seaside resort that turned into a ghost town fenced off by Turkey’s military ever since its 1974 invasion.

The “Cyprus problem is now part of a broader geopolitical context” of “future relations between the EU and Turkey,” and on gas in the eastern Mediterranean, said Ioannou.
Cyprus remains “a small ship in the game of the Big Powers,” at the expense of Cypriots on both sides of the divide, said Baykalli.
“Turkey could use the discussions to win certain issues... in exchange for compromises in Cyprus,” he said.
Or it could bolster its stand within the framework of Ankara’s “blue homeland” ambitions, aimed at expanding Turkish influence.
In Cyprus, there is little optimism.
In the north, the Covid-19 crisis has brought the economy, heavily reliant on Turkish investment, to its knees, making it difficult to challenge the “motherland.”
In the south, corruption scandals such as the “Golden Passport” fiasco have reinforced distrust of the political class, which also stands accused of mismanaging the pandemic.
The goal in Geneva is “to open a breach... It will be an intermediate step, the parties could agree to continue discussions,” said Ioannou.
This will also “definitively turn the page on Crans-Montana” and perhaps create a “new framework,” according to Baykalli.
He hopes at least for progress on health cooperation and a reopening of north-south crossing points, closed for the past year due to the pandemic.

These were the details of the news Philippine coast guard holds drills in disputed South China Sea for this day. We hope that we have succeeded by giving you the full details and information. To follow all our news, you can subscribe to the alerts system or to one of our different systems to provide you with all that is new.