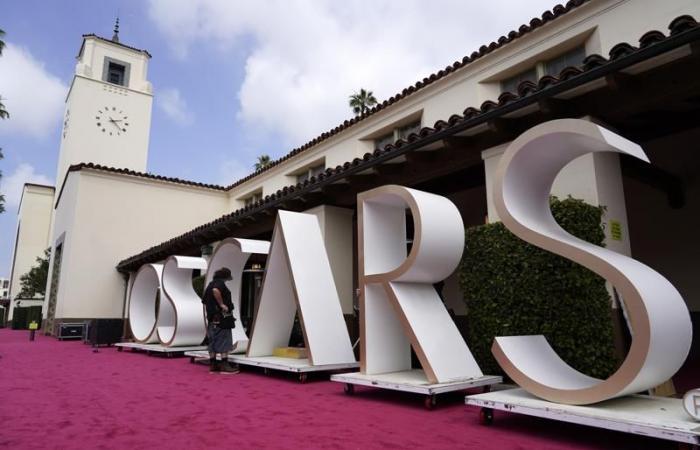 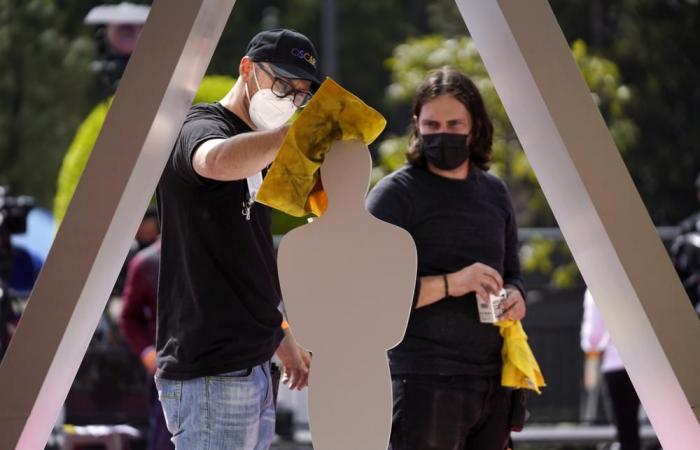 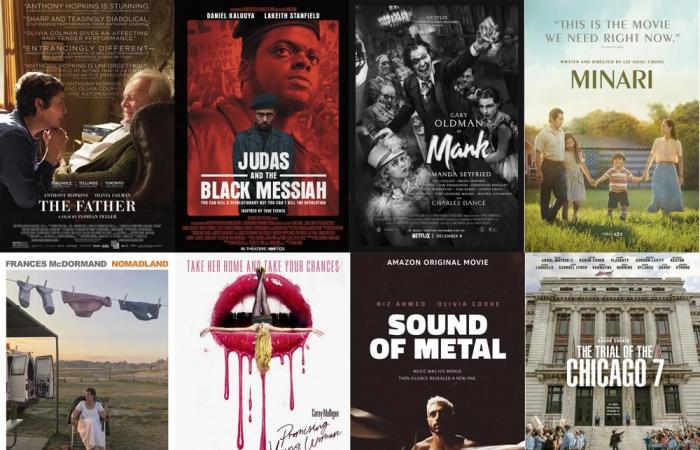 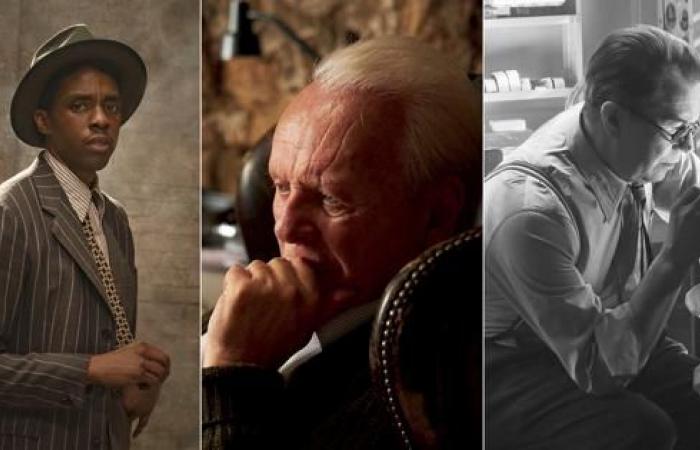 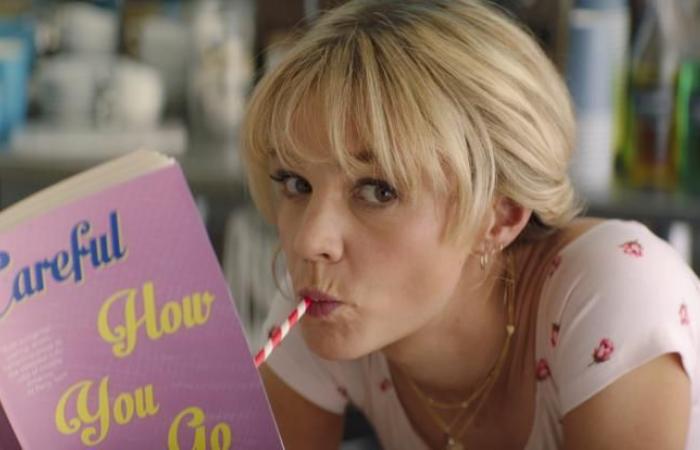 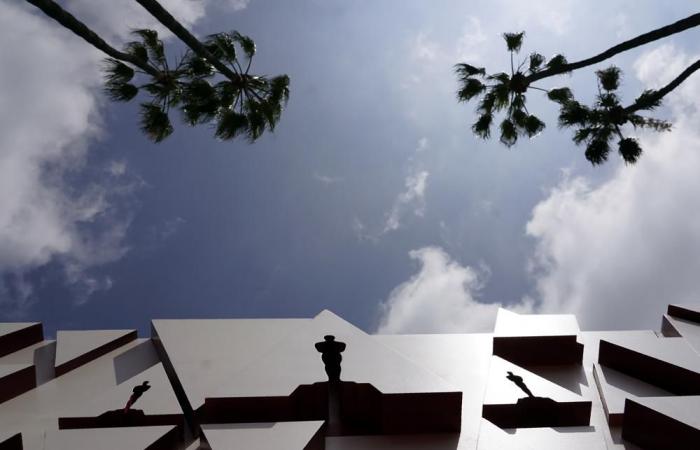 Mohamed Nass - Cairo - An Oscars unlike any before will get underway Sunday night, with history on the line in major categories and a telecast retooled for the pandemic.

The 93rd Academy Awards will begin at eight pm EDT on ABC. There will be no host, no audience, nor face masks for nominees attending the ceremony at Los Angeles’ Union Station — this year’s hub for a show usually broadcast from the Dolby Theatre. In contrast with the largely virtual Golden Globes, Zoom boxes have been closed out — though numerous international hubs and satellite feeds will connect nominees unable to travel.

Show producers are hoping to return some of the traditional glamor to the Oscars, even in a pandemic year. The red carpet is back, though not the throngs; only a handful of media outlets will be allowed on site. (E! red carpet coverage starts at three pm) Casual wear is a no-no. The pre-show on ABC begins at 6:30 pm EDT and will include pre-taped performances of the five Oscar-nominated songs. The ceremony is available to stream on Hulu Live TV, YouTubeTV, AT&T TV, FuboTV and on ABC.com with provider authentication.

Pulling the musical interludes (though not the in memoriam segment) from the three-hour broadcast — and drastically cutting down the time it will take winners to reach the podium — will free up a lot of time in the ceremony. And producers, led by filmmaker Steven Soderbergh, are promising a reinvented telecast.

The Oscars will look more like a movie, Soderbergh has said. The show will be shot in 24 frames-per-second (as opposed to 30), appear more widescreen and the presenters — including Brad Pitt, Halle Berry, Reese Witherspoon, Harrison Ford, Rita Moreno and Zendaya — are considered “cast members.” The telecast’s first 90 seconds, Soderbergh has claimed, will “announce our intention immediately.”

But even a great show may not be enough to save the Oscars from an expected ratings slide. Award show ratings have cratered during the pandemic, and this year’s nominees — many of them smaller, lower-budget dramas — won’t come close to the drawing power of past Oscar heavyweights like “Titanic” or “Black Panther.” Last year’s Oscars, when Bong Joon Ho’s “Parasite” became the first non-English language film to win best picture, was watched by 23.6 million, an all-time low. 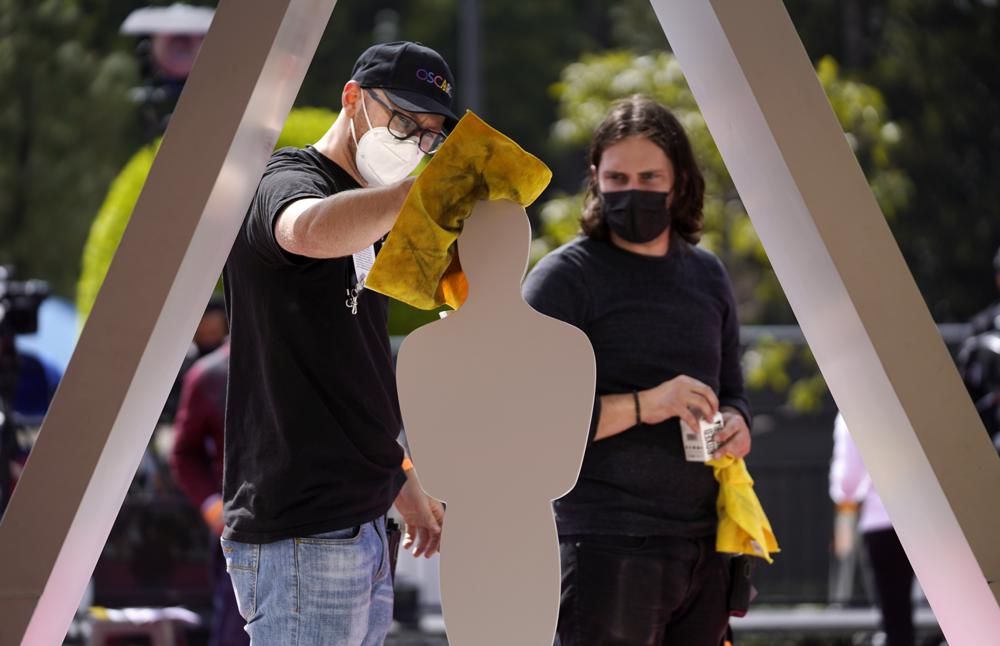 Netflix dominated this year with 36 nominations, including the lead-nominee “Mank,” David Fincher’s black-and-white drama about “Citizen Kane” co-writer Herman J. Mankiewicz. The streamer is still pursuing its first best-picture win; this year, its best shot may be Aaron Sorkin’s “The Trial of the Chicago 7.”

But the night’s top prize, best picture, is widely expected to go to Chloé Zhao’s “Nomadland,” a contemplative character study about an itinerant woman (Frances McDormand) in the American West. Should it be victorious, it will be one of the lowest budget best-picture winners ever. Zhao’s film, populated by nonprofessional actors, was made for less than $5 million. (Her next film, Marvel’s “Eternals,” has a budget of at least $200 million.)

Zhao is also the frontrunner for best director, a category that has two female filmmakers nominated for the first time. Also nominated is Emerald Fennell for the scathing revenge drama “Promising Young Woman.” Zhao would be just the second woman to win best director in the academy’s 93 years (following Kathryn Bigelow for “The Hurt Locker”), and the first woman of color.

History is also possible in the acting categories. If the winners from the Screen Actors Guild Awards hold — “Ma Rainey’s Black Bottom’s” Chadwick Boseman for best actor, Viola Davis for best actress; Yuh-Jung Youn (“Minari”) for best supporting actress; and Daniel Kaluuya (“Judas and the Black Messiah”) for best supporting actor — it would the first time nonwhite actors swept the acting categories — and a dramatic reversal from recent “OscarsSoWhite” years. 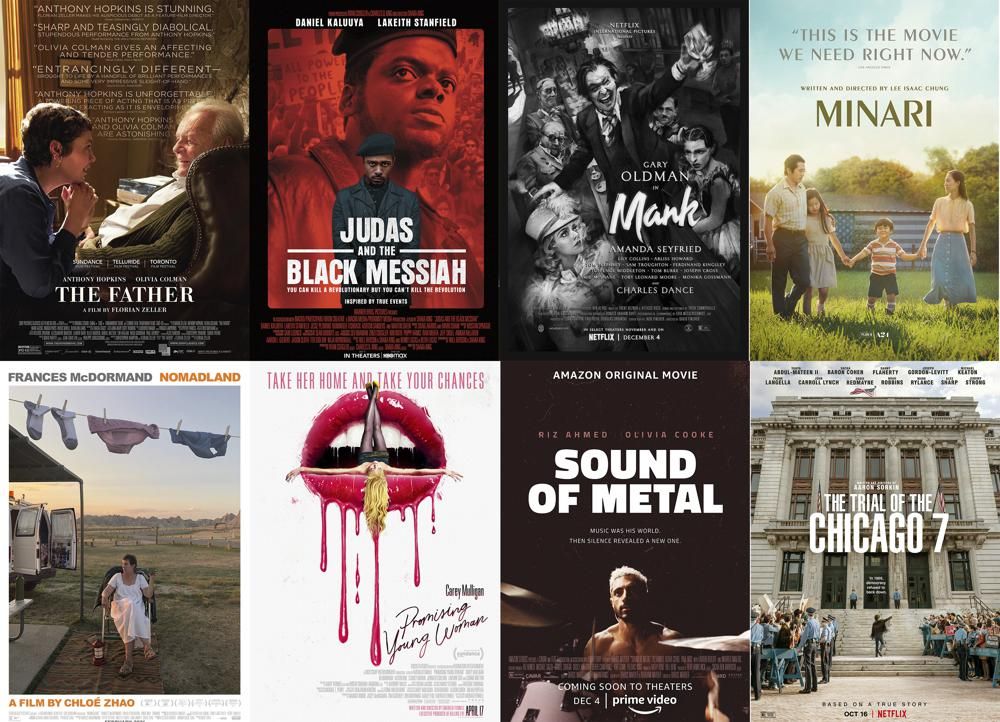 Several of those awards appear to be locks, particularly for the late Boseman, who would become the third actor to ever win a posthumous Academy Award following Peter Finch and Heath Ledger. Taylor Simone Ledward, Boseman’s widow, has often accepted previous honors on his behalf.

If there’s one less certain category, it’s best actress. Davis, who has won previously for her performance in “Fences,” is up against Carey Mulligan (“Promising Young Woman”) and two-time winner McDormand. Prognosticators call it a three-way toss up.

Sunday’s pandemic-delayed Oscars will bring to a close the longest awards season ever — one that turned the season’s industrial complex of cocktail parties and screenings virtual. Eligibility was extended into February of this year, and for the first time, a theatrical run wasn’t a requirement of nominees. Some films — like “Sound of Metal” — premiered all the way back in September 2019.

The pandemic pushed several anticipated movies out of 2020, but a few bigger budget releases could still take home awards. Pixar’s “Soul” appears a sure-thing for best animated film, and Christopher Nolan’s “Tenet” — which last September tried to lead a moviegoing revival that fizzled when virus cases spiked and many theaters couldn’t reopen — will likely win for its visual effects.

But for the first time, Hollywood’s most prestigious awards will overwhelming belong to films that barely played on the big screen. The biggest ticket-seller of the best picture nominees is “Promising Young Woman,” with $6.3 million in box office.

Lately, with vaccinations expanding, signs of life have begun to show in movie theaters — most of which are operating at 50% capacity. Warner Bros.′ “Godzilla vs. Kong” has made around $400 million worldwide, which theater owners point to as proof that moviegoers are eager for studios to again release a regular diet of big movies. Right now, the date circled on cinema calendars is May 28, when both Paramount’s “A Quiet Place Part II” and Disney’s “Cruella” arrive in theaters — though “Cruella” will simultaneously stream for $30.

But it’s been a punishing year for Hollywood. Around the world, movie theater marquees replaced movie titles with pleas to wear a mask. Streaming services rushed to fill the void, redrawing the balance between studios and theaters — and likely forever ending the three-month theatrical exclusivity for new releases. Just weeks before the Oscars, one of Los Angeles’ most iconic theaters, the Cinerama Dome, along with ArcLight Cinemas, went out of business.

After the pandemic, Hollywood — and the Oscars — may not ever be quite the same. Or as WarnerMedia’s new chief executive Jason Kilar said when announcing plans to shift the studio’s movies to streaming: “We’re not in Kansas anymore.”

Carey Mulligan in a scene from the film “Promising Young Woman.” (Focus Features via AP) 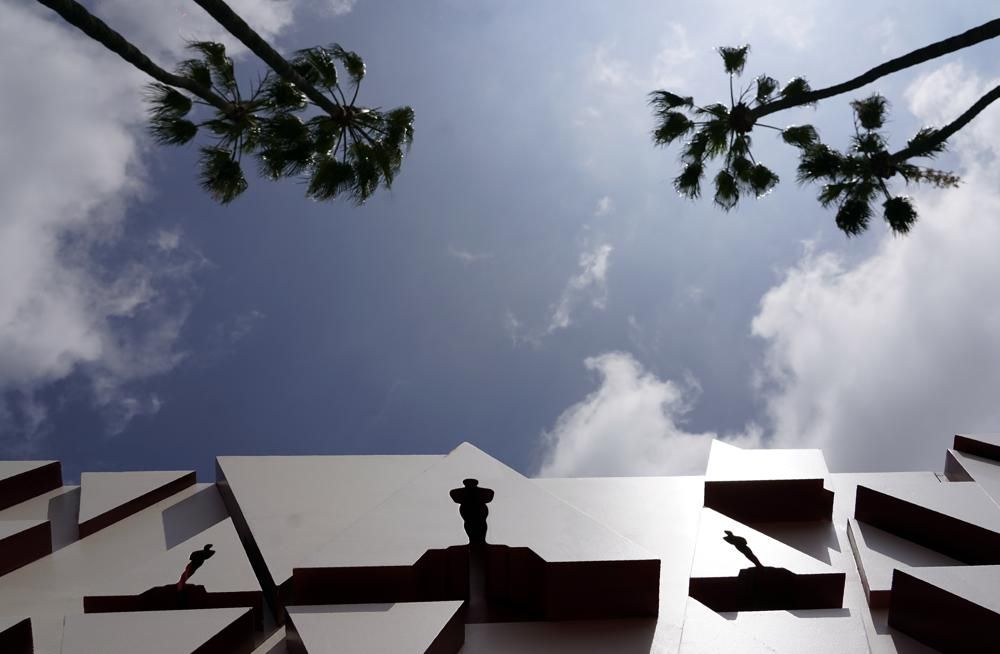 These were the details of the news An Oscars unlike any other to get underway Sunday for this day. We hope that we have succeeded by giving you the full details and information. To follow all our news, you can subscribe to the alerts system or to one of our different systems to provide you with all that is new.