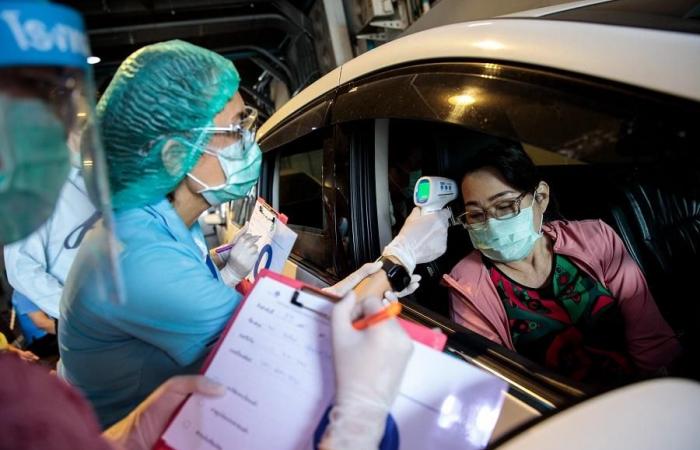 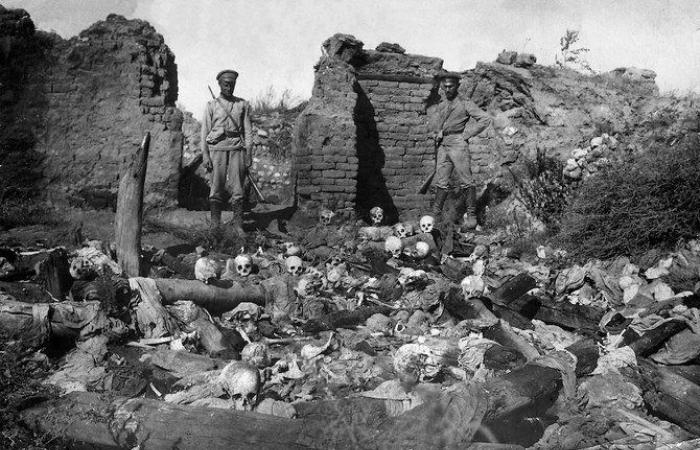 Jeddah - Yasmine El Tohamy - ANKARA / WASHINGTON: The murder of up to 1.5 million Armenians by Ottoman Empire forces a century ago was genocide, US President Joe Biden acknowledged on Saturday.

The recognition, the first by a US leader, came on the 106th anniversary of the day the killings began in 1915.

In his statement, Biden said the American people honor “all those Armenians who perished in the genocide that began 106 years ago today.”

“Over the decades Armenian immigrants have enriched the United States in countless ways, but they have never forgotten the tragic history,” Biden said.

“We honor their story. We see that pain. We affirm the history. We do this not to cast blame but to ensure that what happened is never repeated,” he said.

An Arab News Spotlight piece ‘Better late than never’: Why the US recognition of the Armenian Genocide is significant looks at the importance of using the correct language with regard to the events of 106 years ago. Read it here.

Armenian Prime Minister Nikol Pashinyan thanked Biden for his “powerful step toward justice and invaluable support to the heirs of the Armenian genocide victims.”

The killings took place from 1915 to 1917 during the waning days of the Ottoman Empire, which suspected the Christian minority of conspiring with Russia during the First World War.

Armenians were rounded up and sent into the Syrian desert on death marches in which many were shot, poisoned or died from disease.

Turkey, which emerged as a republic from the ashes of the Ottoman Empire, has always rejected allegations of genocide. It claims that about 300,000 Armenians died, mainly from war and famine.

The largely symbolic move, breaking away from decades of carefully calibrated language from the White House, was welcomed by the Armenian diaspora in the US, but comes at a time when Ankara and Washington grapple with deep policy disagreements over a host of issues.

For decades, measures recognizing the Armenian genocide stalled in the US Congress and most US presidents have refrained from calling it that, stymied by concerns about relations with Turkey and intense lobbying by Ankara.

Ronald Reagan, the former US president from California, a hub for the Armenian diaspora in the US, had been the only US president to publicly call the killings genocide.

Turkey's government and most of the opposition showed rare unity in their rejection of Biden's statement.

“Words cannot change or rewrite history,” Turkish Foreign Minister Mevlut Cavusoglu said after Biden’s acknowledgment on Saturday. “We will not take lessons from anyone on our history.”

Turkish President Recep Tayyip Erdogan said debates “should be held by historians” and not “politicized by third parties.”

Nevertheless, analysts expect the response from Turkey to be muted.

Soner Cagaptay, a Turkish academic at the Washington Institute for Near East Policy, pointed out that Biden’s statement mentioned “Constantinople” rather than modern-day Istanbul, and there was no reference to Turkey.

“It is a carefully crafted, victim-focused, and forward-looking document that avoids finger pointing at Turkey,” he told Arab News.

“In the short term, I think Erdogan will play this down. He is going to do it with non-confrontational rhetoric because for the first time he needs the US more than he believes the US needs him.”

In Montebello, California, a city in Los Angeles County that is home to many Armenian-Americans, members of the community held a small and somber ceremony during which they placed a cross made of flowers at a monument to the victims. Some attendees wore pins reading "genocide denied genocide repeated."

Raffi Hamparian, chairman of Armenian National Committee of America, said in a statement that Biden's "principled stand ... pivots America toward the justice deserved and the security required for the future of the Armenian nation."

These were the details of the news Thailand sets daily record of COVID-19 deaths for second day for this day. We hope that we have succeeded by giving you the full details and information. To follow all our news, you can subscribe to the alerts system or to one of our different systems to provide you with all that is new.