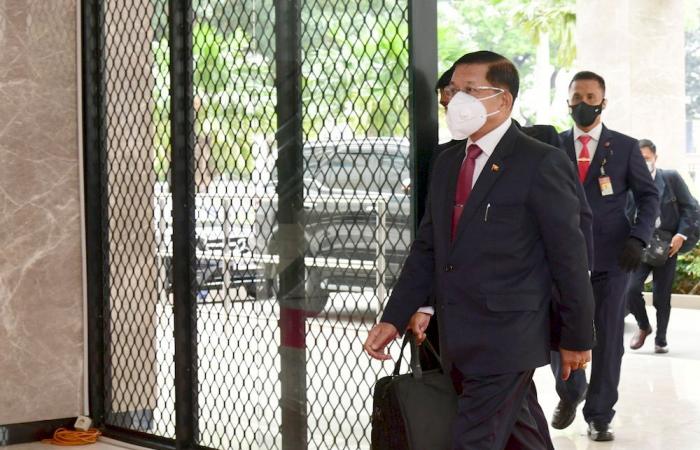 YANGON, April 25 — Myanmar’s shadow government of ousted lawmakers has welcomed a call by Southeast Asian leaders for an end to “military violence” after their crisis talks in Jakarta with junta leader Min Aung Hlaing.

The general attended a high-level summit yesterday with leaders from the 10-country Association of Southeast Asian Nations (Asean) to discuss Myanmar’s mounting crisis.

Since the military ousted civilian leader Aung San Suu Kyi in a February 1 coup, Myanmar has been in an uproar — with near-daily protests and a nationwide boycott of work in all sectors of society staged to demand a return to democracy.

But the Asean meeting produced a consensus that there would be “an immediate cessation of violence in Myanmar”, said a statement released by the bloc last night.

Asean will also have a special envoy to “facilitate mediation” between all parties, and this representative will be able to travel to Myanmar.

A spokesperson from a shadow government of ousted lawmakers — many of whom are from Suu Kyi’s National League for Democracy party — yesterday welcomed the call for an end to violence in Myanmar as “encouraging news”.

“This is what the National Unity Government has been calling for,” said the NUG’s minister of international cooperation known as Dr Sasa, who is currently in hiding with the rest of his fellow lawmakers.

“We eagerly await the engagement by the (Asean) secretary general... we look forward to firm action by Asean to follow up its decisions and restore our democracy and freedom for our people and for the region.”

The lawmakers of the NUG are currently wanted for high treason by the junta.

‘Will the killing stop?’

As Myanmar nears three months under the military regime, escalating violence by its security forces — especially in urban centres — has pushed protesters and prominent activists into hiding.

The junta has also throttled communications across the country, imposing a nightly internet shutdown for 70 consecutive days and restricting mobile data to a mere trickle — shunting the nation into an information blackout.

Yesterday, as Min Aung Hlaing attended the meeting with Asean leaders and foreign ministers in Jakarta, soldiers and police fired on protesters near Myanmar’s capital Naypyidaw.

One 50-year-old protester was held by the police and shot dead by a soldier, an eyewitness told AFP.

The number of detainees climbed to 3,389 on Saturday, according to AAPP.

While Asean leaders said they “heard calls for the release of all political prisoners”, a commitment to free them was not included in their consensus statement.

UN Special Rapporteur on Myanmar, Tom Andrews, said it remains to be seen how effective the bloc’s engagement will be.

“The result of the Asean Summit will be found in Myanmar, not (in) a document,” Andrews tweeted today.

“Will the killing stop? Will the terrorizing of neighborhoods end? Will the thousands abducted be released? Will impunity persist?”

Andrews added that he was “anxious” to work with Asean’s special envoy.

The junta has justified its power seizure as a means to protect democracy, alleging electoral fraud in November elections which Suu Kyi’s party had won in a landslide. — AFP

These were the details of the news Myanmar shadow govt welcomes Asean call to end violence for this day. We hope that we have succeeded by giving you the full details and information. To follow all our news, you can subscribe to the alerts system or to one of our different systems to provide you with all that is new.