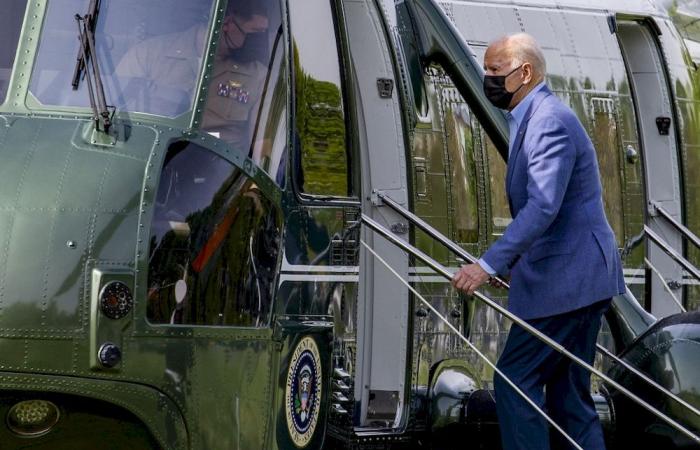 Hello and welcome to the details of Quiet, calm – and going big: Biden’s first 100 days and now with the details

WASHINGTON, April 25 — The daily (hourly) White House melodrama of the Trump era is history, but there has been nothing quiet about Joe Biden’s 100 days rush to transform the country he inherited.

Biden will deliver a primetime address to a joint session of Congress on Wednesday — the eve of his first 100 days mark — with ambitions to be one of the most consequential presidents since Franklin Roosevelt and the Great Depression.

At 78, he was the oldest man ever to take the job.

And facing the deadliest reported Covid-19 outbreak in the world, a badly shaken economy, and toxic divisions in the wake of four years of Donald Trump, the incoming Democrat had a mountain to climb.

But three months on, he has surprised many with his discipline, his hard negotiating edge, and above all hunger, as he puts it, to “go big”.

It’s a performance that according to the latest Pew poll wins Biden a 59 per cent approval rating — well above anything Trump ever scored.

The US$1.9 trillion stimulus American Rescue Plan that Biden’s party rammed through Congress in March likewise injected money into every corner of the Covid-battered economy. A post-pandemic boom is widely expected.

Now Biden’s pitching another splurge, a US$2 trillion-plus American Jobs Plan which would revamp US infrastructure in almost every way, from traditional roads and bridges to broadband internet and electric car development.

Next? That would be the American Families Plan, costing at least another US$1 trillion, to fund child care and education.

Republican politicians complain that Biden has unleashed an avalanche of socialism. However, polls show their voters are far more supportive of Biden, allowing him to claim he’s making good on promises to rule in a bipartisan fashion.

Given a chance, Biden would like to change the rest of the planet’s fate too.

Entering the White House, Biden brought the United States back into the Paris climate accords, which Trump had ditched, and last week he went further, convening a 40-nation summit where he announced a doubling of US targets for greenhouse gas reductions.

Allies are being reassured that “America is back.” Adversaries are being reassessed, with China and Russia classified as frenemies who must be vigorously opposed — except on strategic issues where cooperation is just as important.

Proving he can take decisive and perhaps risky action, Biden reportedly overruled top generals to set a firm date of September 11 for the final, complete withdrawal of US troops from Afghanistan.

And on Saturday he broke decades of US equivocation by openly recognizing the mass killing of Armenians a century ago as genocide — a categorization that infuriates Turkey.

Perhaps more than anything, Biden was hired by exhausted voters to make America normal again. Or even boring.

And on that, he has delivered.

Gone is rule-by-tweet. Gone is the swearing during presidential speeches. Gone is the daily insulting of the media or belittling of critics. Gone are the cult-of-personality style rallies.

Still, a glimpse at Washington’s Capitol when Biden gives his primetime address Wednesday will be enough to remind that the country is still far from really normal.

Lingering nervousness in the aftermath of the unprecedented January 6 riot by Trump supporters means the temple of US democracy remains under a severe lockdown.

And continued threat from the coronavirus means Biden will only be addressing a thinned out crowd, far from the high-energy gathering that usually greets presidents on the big occasion.

“It will not look like or feel like, in many ways, what past joint addresses have,” Press Secretary Jen Psaki said.

For the first time in history the two people sitting behind the presidential lectern during the speech will be women — Vice President Kamala Harris and Speaker of the House of Representatives Nancy Pelosi, a key Democratic ally of Biden.

But many less friendly faces will also be looking on.

Republicans have been unanimous so far in opposing Biden’s big ideas. That leaves him relying on a wafer-thin majority, which midterm congressional elections next year could easily erase.

And that titanic push for vaccinations and passing the American Rescue Plan were arguably the easy part, compared to what’s coming.

The political minefields start with the out-of-control situation on the Mexican border, where Biden’s rhetoric about bringing humanity to the immigration process is colliding with chaotic reality.

Republicans are piling in on what they see as a sure vote-winning issue at the midterms. And Biden’s leftwing base is grumbling over what it considers his flip-flopping on a campaign promise to allow more refugees.

Police brutality, gun control, government health care — the issues that Biden says he wants to tackle, but which have bedevilled his predecessors for years and risk bedevilling him too, are piling up.

And abroad, challenges from the likes of China, Iran, North Korea and Russia are only just beginning.

Biden did bring some calm to the United States in his first 100 days.

He’ll just be hoping it isn’t the calm before the storm. — AFP

These were the details of the news Quiet, calm – and going big: Biden’s first 100 days for this day. We hope that we have succeeded by giving you the full details and information. To follow all our news, you can subscribe to the alerts system or to one of our different systems to provide you with all that is new.