Myanmar military cracks down on protesters as junta leader in summit 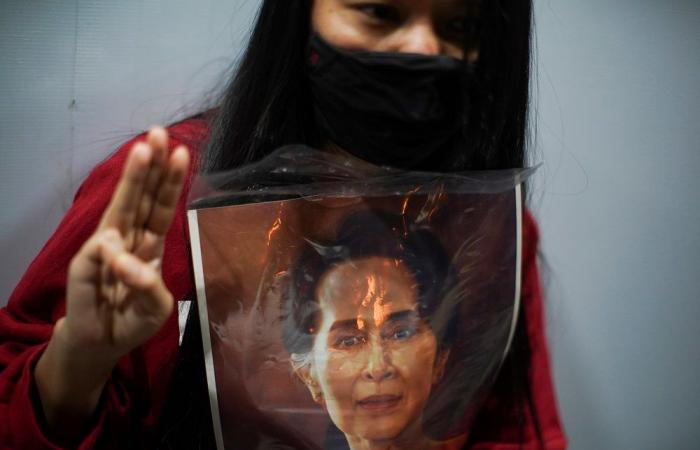 YANGON, April 24 — Myanmar’s military cracked down on anti-coup protesters today, killing at least one according to a witness, as the junta leader sat down with heads of states in a regional summit over the violence.

The country has been in turmoil since the military ousted civilian leader Aung San Suu Kyi in a coup, triggering a mass uprising from all corners of Myanmar society demanding a return to democracy.

Cities, rural areas, remote mountainous regions and even the rebel-ruled territories along Myanmar’s borders have erupted in dissent, protesting near-daily for the military to step down.

While Western powers have imposed targeted sanctions on military top brass, regional leaders from the 10-country Association of Southeast Asian Nations have sought to open a communications channel with the junta.

But across Myanmar Saturday, protesters persisted in taking to the streets—angered by Asean’s invitation to the junta regime.

A demonstration on motorbikes where protesters flashed the three-finger salute of resistance as they drove outside Myanmar’s capital Naypyidaw turned violent by afternoon when police and soldiers opened fire.

A 50-year-old protester was detained and killed, a witness told AFP.

“Police held him on each side, then a soldier shot him in the back,” the 27-year-old protester said, adding that security forces took the man’s body.

“We only had the three-finger salute, but they had weapons to take our lives,” he said.

“I want to deliver a message to the Asean leaders... do not support him (Min Aung Hlaing).”

Saturday’s violence adds to the more than 740 people killed since the coup, according to a local monitoring group.

Clashes between the military and ethnic rebel groups with territory along Myanmar’s eastern and western borders have also ramped up in recent weeks.

Among the most vocal opponents of the coup is the Karen National Union (KNU), who are sheltering dissidents and activists in their territory along the Thai-Myanmar border.

On Friday night, two people in the southern city of Thaton were killed in crossfire between the military and the KNU, a resident told AFP.

“No one dared to retrieve the two dead bodies last night, and the people went to take them this morning,” said the resident, who blamed the military for the shooting.

The KNU’s head of foreign affairs Padoh Saw Taw Nee said the fighting had killed at least one civilian.

He added that another “small clash” occurred Saturday morning along the Salween river, which serves as a border between Thailand and Myanmar.

In March the military launched airstrikes into the KNU’s territory, displacing thousands of civilians from their homes—some of whom crossed into Thailand briefly for refuge. — AFP

These were the details of the news Myanmar military cracks down on protesters as junta leader in summit for this day. We hope that we have succeeded by giving you the full details and information. To follow all our news, you can subscribe to the alerts system or to one of our different systems to provide you with all that is new.