Climate change links to displacement of most vulnerable is clear: UNHCR 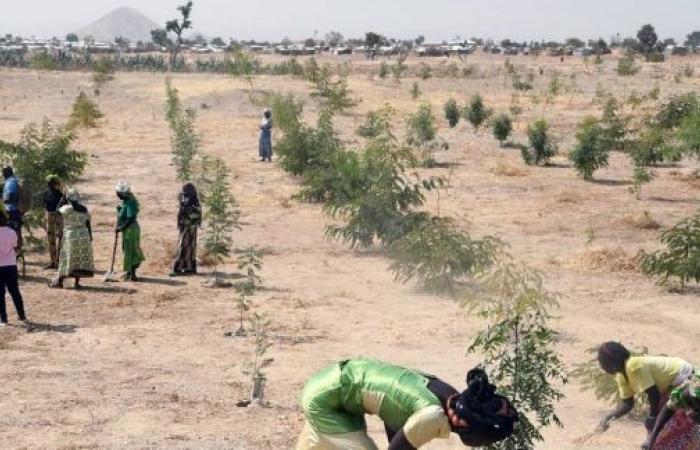 We show you our most important and recent visitors news details Climate change links to displacement of most vulnerable is clear: UNHCR in the following article

Hind Al Soulia - Riyadh - GENEVA — Weather-related crises have triggered more than twice as much displacement as conflict and violence in the last decade, the UN refugee agency (UNHCR) said on Thursday.

Displacements due to conflict and weather-related disasters.

“From Afghanistan to Central America, droughts, flooding, and other extreme weather events are hitting those least equipped to recover and adapt,” said the UN agency, which is calling for countries to work together to combat climate change and mitigate its impact on hundreds of millions of people.

Since 2010, weather emergencies have forced around 21.5 million people a year to move, on average.

UNHCR said that roughly 90 percent of refugees come from countries that are the most vulnerable and least ready to adapt to the impacts of climate change. These countries also host around 70 percent of people internally displaced by conflict or violence.

Citing the case of Afghanistan, UNHCR noted that it is one of the most disaster-prone countries in the world, as nearly all of its 34 provinces have been hit by at least one disaster in the past 30 years.

The country is also ranked the least peaceful globally, owing to longstanding conflict that has killed and injured thousands of people and displaced millions.

Recurring floods and droughts — along with population growth — have compounded food insecurity and water scarcity and reduced the prospects of refugees and IDPs being able to return to their home areas, UNHCR said.

It pointed to indications that 16.9 million Afghans — nearly half of the country’s population — lacked enough food in the first quarter of 2021, including at least 5.5 million facing emergency levels of food deprivation.

As of mid-2020, more than 2.6 million Afghans were internally displaced and another 2.7 million were living as registered refugees in other countries, mainly Pakistan and Iran, according to UNHCR.

Mozambique is experiencing a similar confluence of conflict and multiple disasters, says the agency, with one cyclone after another battering the country’s central region while increasing violence and turmoil to the north displaces hundreds of thousands of people.

Many of the countries most exposed to the impacts of climate change are already host to large numbers of refugees and internally displaced.

In Bangladesh, more than 870,000 Rohingya refugees who fled violence in Myanmar are now exposed to increasingly frequent and intense cyclones and flooding.

These were the details of the news Climate change links to displacement of most vulnerable is clear: UNHCR for this day. We hope that we have succeeded by giving you the full details and information. To follow all our news, you can subscribe to the alerts system or to one of our different systems to provide you with all that is new.