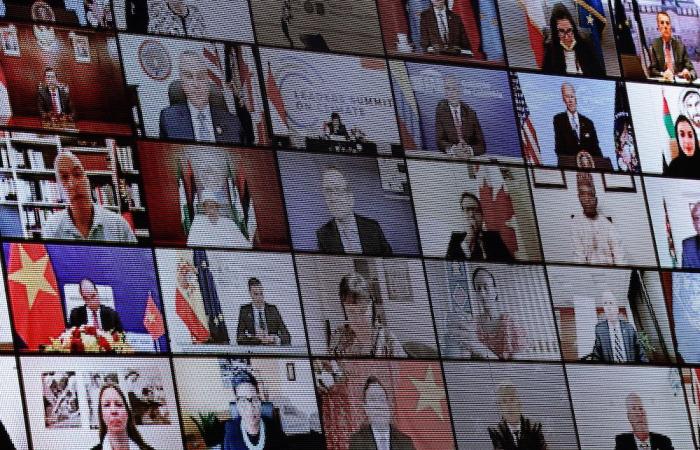 WASHINGTON, Apr 24 — Could the planet finally be on track to limiting climate change? After US President Joe Biden ramped up ambitions with a climate summit, experts are cautiously saying yes — although a difficult path lies ahead.

At a 40-leader summit he convened just months into his presidency, Biden doubled US targets to slash greenhouse gas emissions responsible for climate change by 2030, with Japan and Canada also raising commitments and the European Union and Britain locking in forceful targets earlier in the week.

“Together we’ve made great progress,” Biden told the closing day of the summit, which he called the “start of a road” to a rigorous new climate accord at a UN conference in Glasgow in November.

John Kerry, Biden’s climate envoy, said that more than half the world’s economy has now pledged action that would check warming at 1.5 degrees Celsius (2.7 Fahrenheit) above pre-industrial levels — the aspiration set by the 2015 Paris Agreement to avoid the worst effects of climate change such as droughts, submersion of low-lying islands and worsening storms, hunger and migration.

But that still leaves half the world — and the effects of climate change are already being felt, with the planet clocking year after year of record heat and extreme weather on the rise.

Fatih Birol, executive director of the International Energy Agency, told the summit that climate-warming emissions are on track for the second largest increase in history in 2021 amid the recovery from the Covid pandemic.

And more than half of the reductions needed to achieve goals of carbon neutrality mid-century will depend on technological innovations that do not yet exist, he said.

“Right now the data does not match the rhetoric and the gap is getting wider and wider,” he said.

Bill Hare of Climate Analytics assessed that the new pledges reduced the gap in meeting the 1.5 goal by 12 to 14 percent — a major reduction, but still not enough.

“On the other hand, politically, momentum is building for more ambition to come through this year,” he said.

“Governments made commitments and the next big question is whether or not they actually implement them,” he said.

A steeper gap remains on climate aid for the poorest nations, despite Biden’s pledge to boost US funding that had been severed by his climate-sceptic predecessor Donald Trump.

The key players will be both the United States and China, which together account for nearly 50 per cent of emissions.

Chinese President Xi Jinping, pledging cooperation with the United States on climate despite a raft of other disputes, recommitted to carbon neutrality by 2060 and offered a hint of reducing reliance on coal — the dirtiest form of energy, on which the manufacturing powerhouse remains heavily reliant.

He said China would “strictly control” coal and lower use in the next five-year development plan starting in 2025.

David Waskow, director of the International Climate Initiative at the World Resources Institute, said Biden’s summit gave “really important traction” but that particular attention will be on whether China makes more concrete steps.

“There’s no question that signaling politically that China is prepared to start phasing down coal by 2025 is extremely important,” he said.

Indian Prime Minister Narendra Modi — pointing to his nation’s much-lower energy use per capita — announced cooperation with the United States but kept to previous pledges to reduce the intensity of emissions, not the absolute number.

‘Baking it into the Cake’

But his efforts face wide opposition from Trump’s Republican Party, which is closely aligned with the fossil fuel industry and scoffs at most international agreements.

Waskow said the Biden administration was trying to move early to set climate action in motion with efforts such as backing clean energy and electric cars, with an expectation that businesses and state and local governments will keep moving ahead regardless of the political winds in Washington.

“They are baking it into the cake,” he said.

Nathan Hultman, director of the Center for Global Sustainability at the University of Maryland, said that Biden had sent a “super-strong signal” on climate.

He noted the most of the 50-52 per cent reductions by 2030 are eyed in power and transportation, sectors where immediate action looks most promising — but said that far more will need to be done.

“There’s no way we can even come close to 50 without other sectors,” he said.

These were the details of the news Biden summit brings new hope on climate but hard path ahead for this day. We hope that we have succeeded by giving you the full details and information. To follow all our news, you can subscribe to the alerts system or to one of our different systems to provide you with all that is new.