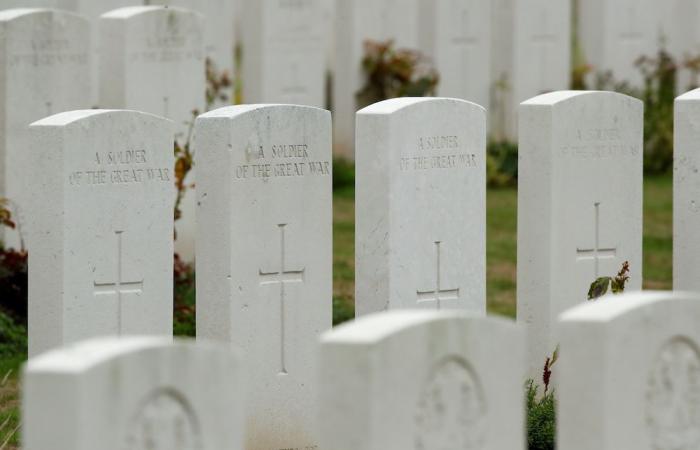 LONDON, Apr 24 — Britain on Thursday offered an unreserved apology” after a new report said hundreds of thousands of African and ethnic minority soldiers who died fighting for the British Empire in World War I were not properly commemorated due to “pervasive racism”.

Prime Minister Boris Johnson said he was “deeply troubled” by the findings of a Commonwealth War Graves Commission (CWGC) probe, which suggested soldiers were not treated as fairly in death as their white British counterparts.

“During the First World War, millions of people from Africa, Asia, the Caribbean and the Middle East fought for Britain in the struggle against tyranny,” he said in a statement.

“Their contribution to victory was immense, not just in numerical terms but in their courage and valour, and many paid the ultimate price so that we might live in peace and freedom today.

“I am deeply troubled by the findings... that not all of our war dead were commemorated with equal care and reverence. On behalf of the government, I offer an unreserved apology.”

Johnson’s statement followed Defence Secretary Ben Wallace’s verbal apology in parliament as Britain reckons with the legacy of its colonial past and links to slavery, against a backdrop of anti-racism and Black Lives Matter protests.

Last month, there was a backlash at a government-commissioned report which concluded prejudice persists but the country is not “institutionally racist”, enraging equality campaigners.

The CWGC said the failure to honour the troops was “influenced by a scarcity of information, errors inherited from other organisations and the opinions of colonial administrators”.

“Underpinning all these decisions, however, were the entrenched prejudices, preconceptions and pervasive racism of contemporary imperial attitudes.”

The CWGC was set up during World War I to remember Britain’s war dead. It cares for war graves at 23,000 locations in more than 150 countries, commemorating nearly 1.7 million people.

The CWGC, offering its own apologies, has promised to try to right the wrongs of the past and build digital or physical structures to honour the dead.

The Great War pulled in close to 70 million soldiers on five continents, leaving some 10 million dead in battle and claiming many million more lives through hunger and disease.

The Imperial War Graves Commission (IWGC), which became the CWGC, was founded on the principle of “equality of treatment in death”, regardless of rank, class, religion or provenance.

But while that aim was achieved in Europe, “the promise of equality had limits elsewhere” where there was fighting during the conflict, the report said.

“In conflict with the organisation’s founding principles, it is estimated that between 45,000 and 54,000 casualties -- predominantly Indian, East African, West African, Egyptian and Somali personnel -- were commemorated unequally,” it said.

“For some, rather than marking their graves individually, as the IWGC would have done in Europe, these men were commemorated collectively on memorials.

“For others who were missing, their names were recorded in registers rather than in stone.

“A further 116,000 casualties (predominantly, but not exclusively, East African and Egyptian personnel) — but potentially as many as 350,000 — were not commemorated by name or possibly not commemorated at all.”

CWGC director general Claire Horton said: “The events of a century ago were wrong then and are wrong now.”

The study was set up following a TV documentary on the issue by David Lammy, who is the main opposition Labour party’s spokesman on justice.

“No apology can ever make up for the indignity suffered by The Unremembered,” Lammy wrote on Twitter.

“However, this apology does offer the opportunity for us as a nation to work through this ugly part of our history -- and properly pay our respects to every soldier who has sacrificed their life for us.” — AFP

These were the details of the news UK apologises for ‘pervasive racism’ over imperial war dead for this day. We hope that we have succeeded by giving you the full details and information. To follow all our news, you can subscribe to the alerts system or to one of our different systems to provide you with all that is new.