Yemeni minister calls on international community to rein in Iran 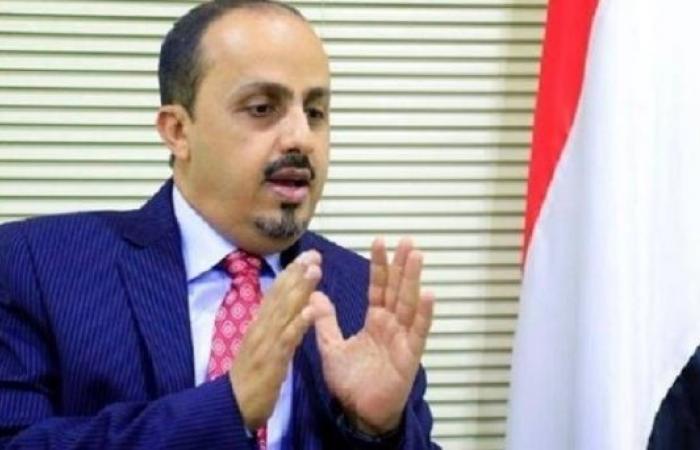 Hind Al Soulia - Riyadh - ADEN — Yemen’s Minister of Information Moammar Al-Eryani has called on the international community, the United Nations and the UN Security Council to shoulder their responsibilities in accordance with UN's charters and principles, and mount enough pressure on the Iranian regime to stop its interference that destabilizes the security and stability of Yemen and the region, and undermines international efforts aiming to calm and resolve the crisis in Yemen peacefully.

Al-Eryani cited a recent statement by Rustam Qasimi, assistant commander of Iranian Al-Quds Corps disclosing Tehran's role in the coup in Yemen, its military support for the Houthi militia, and its involvement in the fighting alongside the Houthis in Yemen, as a flagrant violation of international laws and charters, and a challenge of the international community will.

In remarks to the Yemeni News Agency (Saba), Al-Eryani affirmed that these statements highlight anew the Iranian destabilizing role in the security and stability of Yemen, confirming its responsibility for the human tragedy in Yemen, as Tehran uses the Houthi militia as a tool for its policies spreading chaos and terrorism in the region and threatening international interests in the Red Sea and Bab-el-Mandeb Strait. — SG

These were the details of the news Yemeni minister calls on international community to rein in Iran for this day. We hope that we have succeeded by giving you the full details and information. To follow all our news, you can subscribe to the alerts system or to one of our different systems to provide you with all that is new.