Police employee stabbed to death at station near Paris 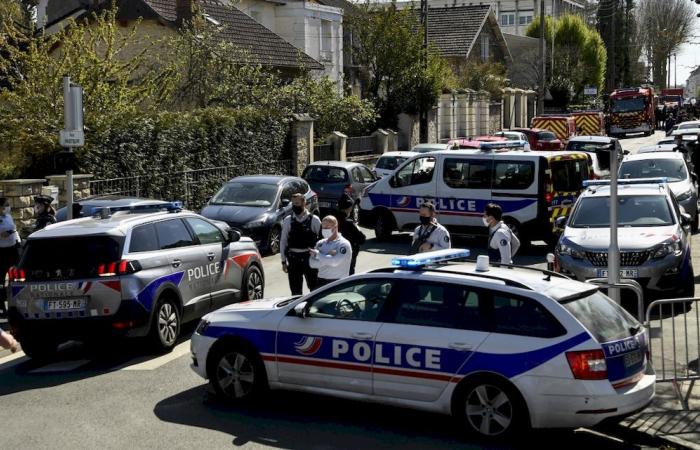 RAMBOUILLET, April 23 — A female police employee was stabbed to death by a Tunisian man at a police station southwest of Paris today, the local prosecutor’s office and a police source told AFP.

The attacker was fatally wounded when an officer opened fire on him at the station in Rambouillet, a wealthy commuter town about 60 kilometres (40 miles) from Paris, a police source told AFP on condition of anonymity.

The attack took place in the secure entrance area of the station at around 2:20 pm (1220 GMT), the police source added.

The woman, 48, was stabbed in the throat twice, the source said.

Prime Minister Jean Castex and Interior Minister Gerald Darmanin both announced they were heading to the scene.

The assailant was aged 36 and was unknown to security services, sources close to the investigation told AFP.

France has faced a series of attacks blamed on Islamist radicals in recent years that have cost the lives of hundreds of people.

Several attacks over the last year have reignited concerns about the spread of radical Islam inside France as well as immigration.

In September, a Pakistani man wounded two people with a meat cleaver outside the former offices of satirical magazine Charlie Hebdo which had printed cartoons of the Prophet Mohammmed.

On October 16, a young Chechen refugee beheaded teacher Samuel Paty who had showed some of the caricatures to his pupils.

And on October 29, three people were killed when a recently arrived Tunisian went on a stabbing spree in a church in the Mediterranean city of Nice.

These came after the massacres carried out by Islamist extremists from 2015 that began with the massacre of staff in the offices of Charlie Hebdo in January that year.

In France’s deadliest peacetime atrocity, 130 people were killed and 350 were wounded when Islamist suicide bombers and gunmen attacked the Stade de France stadium, bars and restaurants in central Paris and the Bataclan concert hall in November 2015.

President Emmanuel Macron’s government has introduced legislation to tackle radical Islamist activity in France, a bill that has stirred anger in some Muslim countries. — AFP

These were the details of the news Police employee stabbed to death at station near Paris for this day. We hope that we have succeeded by giving you the full details and information. To follow all our news, you can subscribe to the alerts system or to one of our different systems to provide you with all that is new.