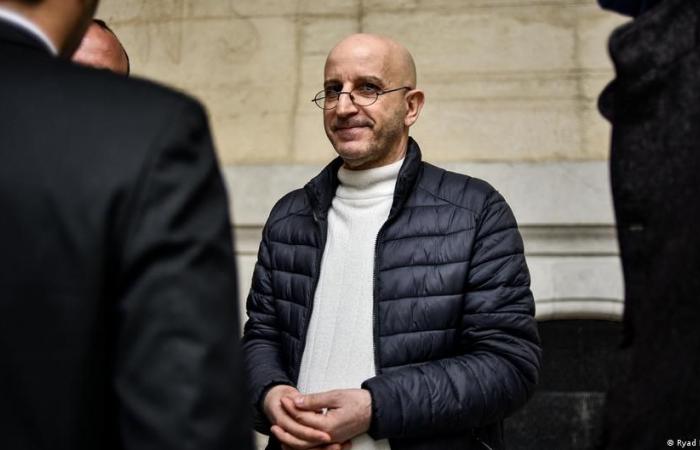 Mohamed Nass - Cairo - Said Djabelkhir, an academic who analyses Sufi Islam and is widely followed for his social media posts, left an Algiers courtroom Thursday saying he was “a professor and not an iman” and would continue his fight for reasoned thought.

He had just been sentenced to three years jail — on bail and subject to appeal — on a lawsuit based on Algerian law against “anyone who offends the Prophet or denigrates the dogmatic precepts of Islam.”

The case had been pursued by another university professor and other detractors who claimed “everything in the Quran is history, with a capital H.”

Djabelkhir, 53, who makes a distinction between religious scripture and history, had argued during the trial that he had only provided “academic reflections.”

His lawyer Moumen Chadi described the case against him as baseless. “There is no proof”

The Algerian League for Human Rights condemned the court’s “criminalization of ideas” and Amnesty International described the sentence imposed on Djabelkhir as “outrageous.”

The author of two well-known works critical of dogma on Islam had written that the sacrifice of sheep pre-dated Islam.

He had also criticized the marriage of pre-pubescent girls in some Muslim societies and head covering, asserting the practice was not obligated in Islamic scriptures.

Before his conviction on Thursday, Djabelkhir had told the French daily Le Figaro that it was the “first time in the history of Algeria that a university professor is [being tried] for giving his opinion in his own domain of specialization.”

Opponents, however, accused him of disrespecting the Quran and Islam’s five pillars, including the ritual hajj pilgrimage to Mecca.

On Wednesday, Algerian journalist Noureddine Tounsi was sentenced to a year in prison on charges that included “insulting the president of the republic.”

Reporters Without Borders ranked Algeria 146 out of 180 countries and territories in its 2021 World Press Freedom Index.

These were the details of the news Algerian scholar handed 3-year jail term for “offending Islam” for this day. We hope that we have succeeded by giving you the full details and information. To follow all our news, you can subscribe to the alerts system or to one of our different systems to provide you with all that is new.