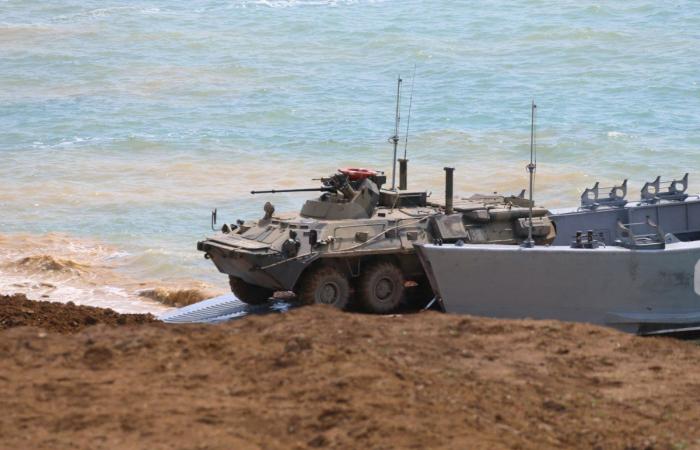 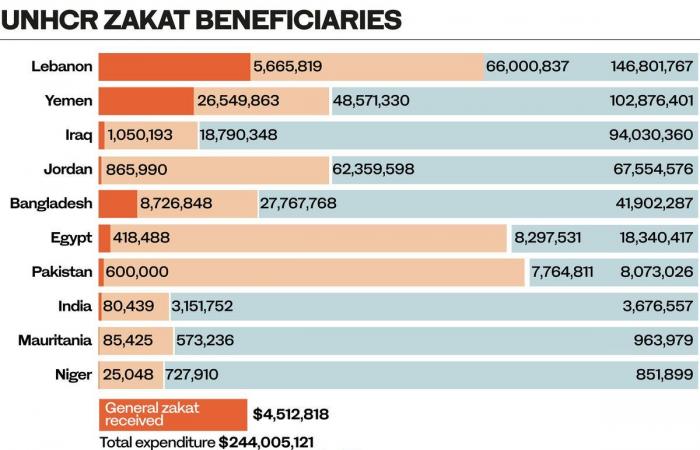 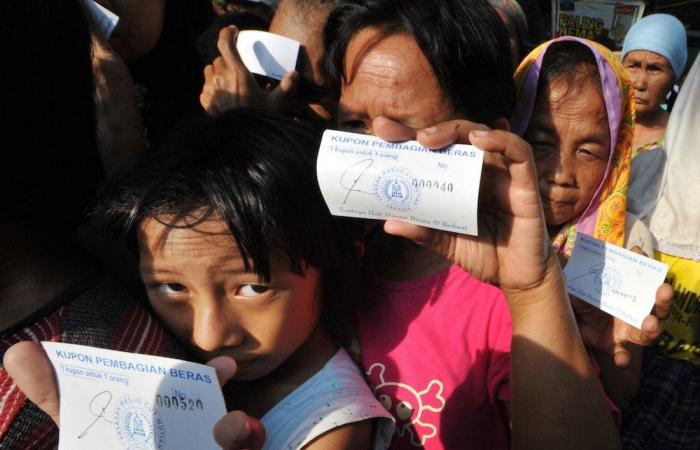 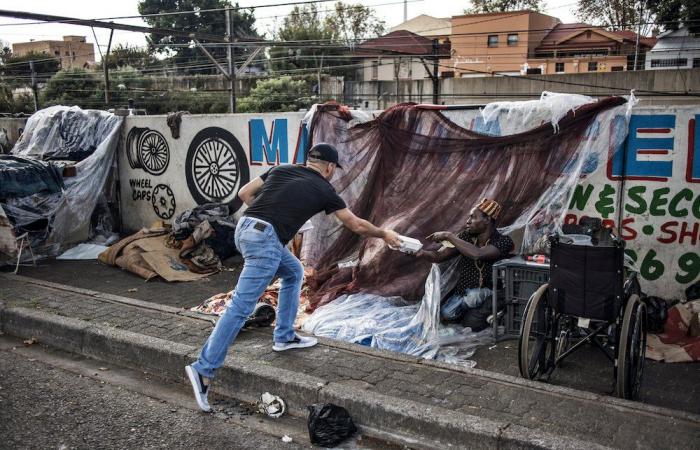 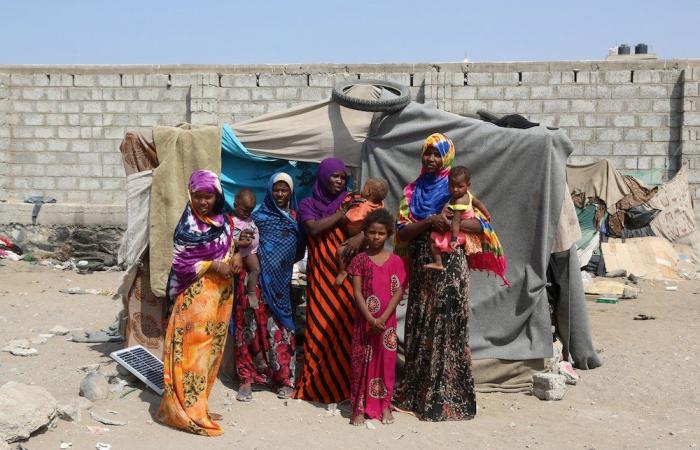 Jeddah - Yasmine El Tohamy - BERNE, Switzerland: Charitable giving is part and parcel of the holy month of Ramadan for any Muslim who can afford it. Zakat, which is one of the five pillars of Islam, is levied on the property of those who meet minimum wealth standards (nisab).

In most Muslim-majority countries, zakat is voluntary, but in six (Malaysia, Saudi Arabia, Pakistan, Sudan Libya and Yemen) it is collected by the state.

When the state is well organized and zakat is applied systematically, it has the potential to become a fiscal policy instrument at the macroeconomic level, enhancing institutional capability in the social and welfare sectors. At the microeconomic level, its allocation to the needy serves income (re)distribution, reducing overall indebtedness alongside it.

However, in many countries the state lacks the institutional capability to perform this function, and in others zakat duties are performed on a voluntary basis. 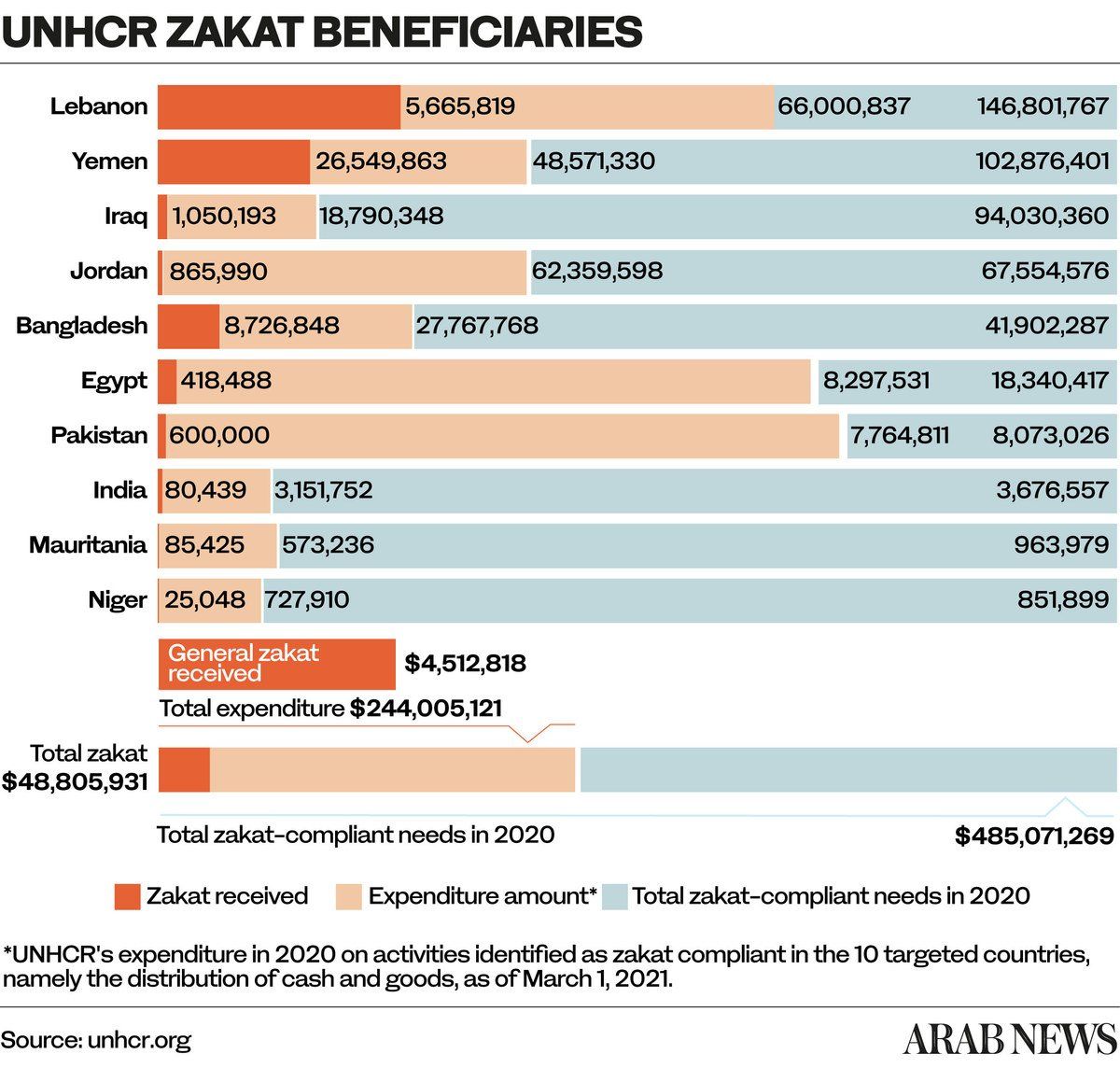 Dr. Sami Al-Suwailem, chief economist of the Islamic Development Bank’s (IsDB) Islamic Research and Training Institute, says where the prevalent zakat channels are well organized and enjoy public trust, they can work well to alleviate poverty. Where this is not the case, informal philanthropic schemes automatically take precedence.

An IsDB study on charitable Islamic finance in North Africa found that “worsening social inequality and the governments’ need for additional financial resources in the region have created great opportunities for the zakah and waqf institutions” — a trend which is supported by civil society advocacy.

Well-developed laws pertaining to zakah and charitable giving are furthermore seen as an enabling factor for the sector and its ecosystem. These observations are general in nature and apply well beyond North Africa, going hand in hand with the greater need for charitable donations as poverty levels increase.

Some observers fear that zakat schemes can be opaque, lacking transparency. Al-Suwailem puts great store in blockchain and fintech applications to bring more transparency to the sector, enable more straightforward administration of charitable donations, and render the money transfer to recipients more efficient. These technologies are also helpful in raising additional finance.

The average wealth or income level in a country matters a great deal, because it will determine how much charitable giving comes from within and what comes from abroad. In a country such as Bangladesh, it would be impossible to raise sufficient funds, because the socioeconomic segment that meets nisab standards is too small to meet the huge requirements for social spending. This is where internationally active charities come in.

Multilateral organizations such as the UNHCR, UNICEF, UNDP and IFRC (International Federation of Red Cross and Red Crescent Societies) have recently started to tap into the generosity of Islamic charitable giving in an organized fashion. Indeed, these organizations play a vital role in many countries where the state has ceased to function due to conflict.

In those countries, charitable giving is one of the very few ways of distributing food, health care, shelter and income to the destitute.

The UNHCR has been able to instrumentalize zakat giving for its purposes. The numbers of zakat beneficiaries rose from 34,440 in the period 2016-2018 to 1.03 million in 2020, which represents a multiple of nearly 30 times within just four years.

The purpose of zakat is to support the truly needy. The COVID-19 pandemic has increased inequalities between rich and poor within countries and also between countries. Nowhere is that more evident than in the poorest segments of the population and in the poorest and most conflict-ridden countries, which lack institutional capabilities, be it in the health care, finance or any other sector.

In its report “COVID-19 and Islamic Finance” the IsDB has recommended that zakat, waqf and other methods of Islamic social finance should be coordinated with the fiscal efforts of governments to provide a social safety net. They had the potential to play an increasing role when governments started to unwind their COVID-19-related spending programs.

These countries are where institutions that are able to deliver zakat to the end user, be it in-country or at the international level, become very important. In order to understand the needs, we should look at the suffering and how populations in Muslim-majority countries are affected.

The league table for “people of concern” (refugees and internally displaced people) is led by Syria, followed by Turkey and Yemen. Afghanistan, Sudan and Somalia are in places 5, 6 and 7 while Iraq and Bangladesh rank number 9 and 10.

We can see similar trends looking at food security: Zero Hunger is after all the UN SDG (Sustainable Development Goal) number 2. Yemen tops that list with 15.9 million people facing food insecurity or outright hunger. All in all, five of the top 10 countries are OIC member states.

The UNHCR report highlighted the adverse effect of COVID-19 on food security in countries affected by the crisis of refugees and internally displaced people. In Syria the number of people struggling for survival increased by 1.4 million, bringing the total to 9.3 million.

In Pakistan, those suffering from food insecurity rose by 2.45 million people to 42.5 million. In Yemen, 9.6 million people potentially face starvation and 11.2 percent of all children in Bangladesh are severely malnourished. These numbers are shocking.

The countries listed above have neither the institutional capability nor sufficient ability to generate tax revenues or charitable donations in-country. They will rely on multilateral aid from organizations such as UN agencies and multilateral development institutions to finance part of the social expenditure required. However, given the enormous hardship and need, charitable donations become pivotal to lessen the suffering.

The uses and sources of zakat funds at the UNHCR are telling: Yemen receives 55 percent of the organization’s zakat money, followed by Bangladesh and Lebanon — all countries where there is a huge need for funds from whatever source.

The UNHCR receives 97 percent of its zakat funds from the MENA region and 3 percent from elsewhere. This makes sense given the religious composition in the Middle East, which is predominantly Muslim, as well as its culture. MENA countries also have the ecosystems of charities that raise funds via zakat and other avenues of social Islamic finance.

Eighty seven percent of funds are received from institutional partners and philanthropists, and 13 percent are raised through digital channels. We can expect digital giving to become more prominent in the future.

The above information leaves us with four key takeaways:

* The needs for charitable funds are high in many Muslim-majority countries, particularly among less developed ones, for example, Bangladesh, and regions in conflict such as Yemen or Syria.

* The global refugee crisis is a case in point as OIC countries are disproportionately affected.

* Charitable Islamic finance is an important sector providing funds to development and potentially the redistribution of income on a regional basis.

* With the COVID-19 pandemic worsening inequalities both between countries and within them, the need for charitable funding has increased, necessitating the cooperation between state, multilateral and charitable actors.

Several donor agencies, including the UNHCR, have started to tap into the zakat system to widen their access to funding, which is a growing trend.

The COVID-19 crisis has highlighted the pressing need to fund the poorest in the weakest countries. Indeed, the needs are so great, we should all give generously.

These were the details of the news Russia orders troops back to base after buildup near Ukraine for this day. We hope that we have succeeded by giving you the full details and information. To follow all our news, you can subscribe to the alerts system or to one of our different systems to provide you with all that is new.