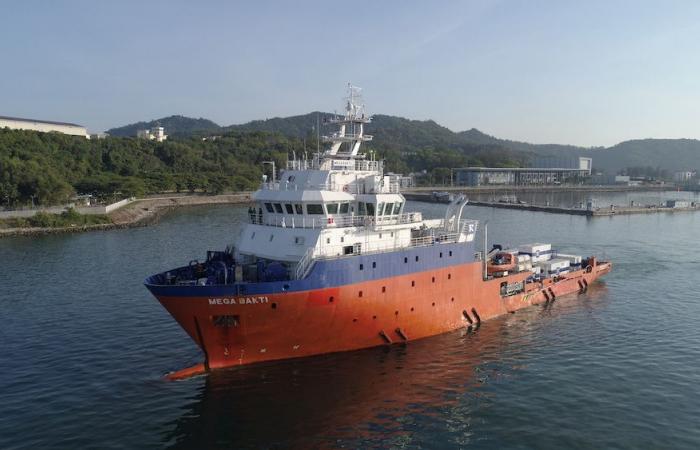 Hello and welcome to the details of Indonesia’s Jokowi orders all-out effort to find submarine as oxygen runs low, Malaysia aids in search and now with the details

JAKARTA, April 23 — Indonesia’s president ordered an all-out effort to find a missing submarine in a race against time to save the 53 crew, whose oxygen supply defence chiefs said would last only until Saturday.

Indonesia sent a helicopter and five ships to search waters north of the holiday island of Bali but found no signs of the KRI Nanggala-402, which went missing early on Wednesday during a torpedo drill.

“I have ordered the military chief, navy chief of staff, the search and rescue agency and other instances to deploy all the forces and the most optimal efforts to find and rescue the submarine crew,” President Joko Widodo said on Thursday.

“The main priority is the safety of the 53 crew members.”

Yudo Margono, the navy chief of staff, said the search was being aided by calm conditions but the crew’s air supply would last only until Saturday.

“Hopefully before they can be found, the oxygen will be enough,” he told a news conference in Bali.

The vessel had been cleared for use and was in good condition, he added.

The 1,395-tonne vessel was built in Germany in 1977, according to the defence ministry, and joined the Indonesian fleet in 1981. It underwent a two-year refit in South Korea that was completed in 2012.

Indonesia said several countries had responded to requests for assistance, with Malaysia and Singapore sending ships and Australia offering “help in any way we can”.

The US Defence Department is sending “airborne assets” to assist in the submarine search, Pentagon spokesman John Kirby said on Twitter.

US Defence Secretary Lloyd Austin is scheduled to speak with Indonesian Defence Minister Prabowo Subianto today “to convey our sorrow and to discuss how else the United States can be of assistance,” Kirby said.

An aerial search found an oil spill near the submarine’s dive location, and two navy vessels with sonar capability had been deployed to assist in the search, officials said.

The oil slick could indicate damage to the vessel or could be a signal from the crew, the navy said.

Chief of staff Yudo said authorities had found an item with “high magnetic force” floating at a depth of 50 to 100 metres.

Indonesia has been seeking to modernise its defence capabilities but some of its equipment is old and there have been fatal accidents in recent years.

Subianto said it was “imperative” that Indonesia modernises its defence equipment faster, but did not suggest there had been problems with the missing vessel.

Navy spokesman Julius Widjojono told KompasTV that the diesel-powered submarine that runs on electric batteries while submerged could sustain a depth of 250-500 metres.

“Anything more than that can be pretty fatal, dangerous,” the spokesman told KompasTV.

The waters in the area are shallower than in other parts of the archipelago but can still reach depths of more than 1,500 metres.

The navy on Wednesday said a blackout may have occurred during static diving, causing a loss of control and preventing emergency procedures from being carried out if the vessel falls to a depth of 600-700 metres.

Military chief Hadi Tjahjanto on Wednesday told Reuters contact with the submarine was lost at 4:30am and a search was under way 96 km off Bali.

Indonesia in the past operated a fleet of 12 submarines bought from the Soviet Union to patrol the waters of the sprawling archipelago.

These were the details of the news Indonesia’s Jokowi orders all-out effort to find submarine as oxygen runs low, Malaysia aids in search for this day. We hope that we have succeeded by giving you the full details and information. To follow all our news, you can subscribe to the alerts system or to one of our different systems to provide you with all that is new.