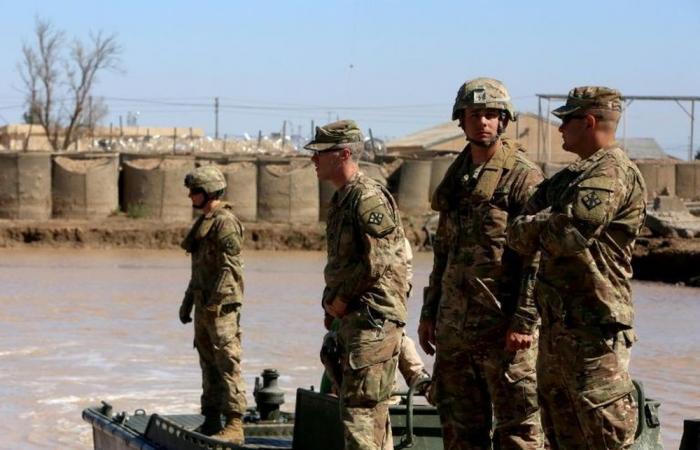 Hello and welcome to the details of Three rockets hit Baghdad airport base housing US troops, say security sources and now with the details

BAGHDAD, April 23 — Three rockets crashed into a base at the Iraqi capital’s airport housing US troops today, security sources said, in the latest attack coinciding with tensions between Baghdad’s allies Tehran and Washington.

One of the sources told AFP the projectiles hit the section of the airbase occupied by Iraqi troops, who share the base with soldiers deployed by Washington as part of the US-led anti-jihadist coalition.

One Iraqi soldier was wounded, the source added.

It is the second attack on US interests in Iraq in less than a week. On Sunday, five rockets targeted another airbase north of the capital, wounding three Iraqi soldiers and two foreign contractors.

There was no immediate claim of responsibility for the strike, but Washington routinely blames Iran-linked Iraqi factions for such attacks on its troops and diplomats.

Friday’s is the 23rd bomb or rocket attack against American interests in Iraq — including troops, the Baghdad embassy or Iraqi supply convoys to foreign forces — since US President Joe Biden took office in January.

Dozens of other strikes were carried out from autumn 2019 under the administration of former US president Donald Trump.

In mid-April, an explosives-packed drone slammed into Iraq’s Arbil airport in the first reported use of such a weapon against a base used by US-led coalition troops in the country, officials said.

In February, more than a dozen rockets targeted the military complex inside the same airport.

In the past year, two foreign contractors, one Iraqi contractor and eight Iraqi civilians have been killed in the attacks.

The operations are sometimes claimed by obscure groups that experts say are smokescreens for Iranian-backed organisations long present in Iraq.

Qais al-Khazali, a senior pro-Iran figure in the state-sponsored Hashed al-Shaabi paramilitary force, recently declared that the “resistance” was carrying out attacks and would step them up “unless the US withdraws all its combat forces from across Iraq”.

Pro-Iran groups have been ratcheting up their rhetoric, vowing to ramp up attacks to force out the “occupying” US forces, and there have been almost daily attacks on coalition supply convoys across the mainly Shiah south.

The United States in April committed to withdraw all remaining combat forces from Iraq, although the two countries did not set a timeline for what would be a second US withdrawal since the 2003 invasion which toppled Saddam Hussein.

The remaining partners to the 2015 Iran nuclear deal have been engaged in talks aimed at returning the US to the accord it withdrew from under Trump and lifting the sanctions it reimposed on Iran, as well as ensuring Tehran’s return to nuclear commitments that it cut in retaliation.

Sworn foes Tehran and Washington have both had a presence since 2003 in Iraq, where 2,500 US troops are still deployed and Iran sponsors the Hashed al-Shaabi.

Tensions have spiked to the edge of war, in particular after Trump ordered a drone strike near Baghdad’s airport in January 2020 that killed top Iranian military commander Qasem Soleimani. — AFP

These were the details of the news Three rockets hit Baghdad airport base housing US troops, say security sources for this day. We hope that we have succeeded by giving you the full details and information. To follow all our news, you can subscribe to the alerts system or to one of our different systems to provide you with all that is new.