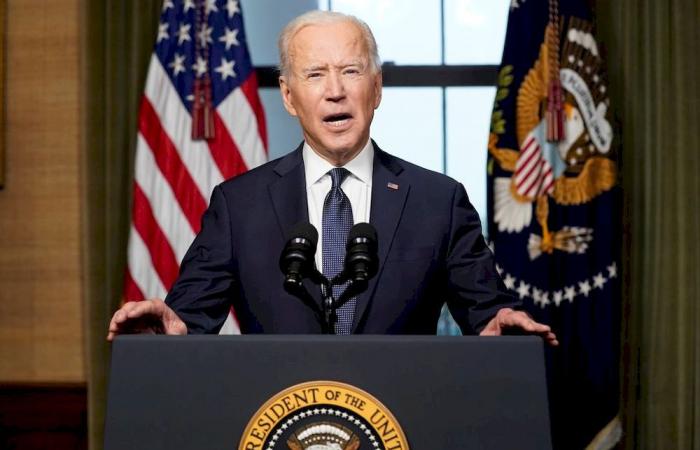 Hello and welcome to the details of Biden expected to recognise massacre of Armenians as genocide, say sources and now with the details

WASHINGTON, April 22 — US President Joe Biden is expected to formally recognise the massacre of Armenians by the Ottoman Empire during World War One as an act of genocide, sources said yesterday, a move likely to infuriate Turkey and further strain already frayed ties between the two Nato allies.

The move would be largely symbolic but would mean breaking away from decades of carefully calibrated language from the White House and come at a time when Ankara and Washington are already at loggerheads over a string of issues.

Biden is likely going to use the word “genocide” as part of a statement on April 24 when annual commemorations for the victims are held around the world, three sources familiar with the matter said.

“My understanding is that he took the decision and will use the word genocide in his statement on Saturday,” said a source familiar with the matter. Sources cautioned that given the importance of bilateral ties with Turkey, Biden may still choose not to use the term at the last minute.

White House Press Secretary Jen Psaki yesterday told reporters the White House would likely have “more to say” about the issue on Saturday, but declined to elaborate.

The State Department referred queries on the issue to the White House and National Security Council had no comment beyond what Psaki said.

A year ago, while still a presidential candidate, Biden commemorated the 1.5 million Armenian men, women, and children who lost their lives in the final years of the Ottoman Empire and said he would back efforts to recognise those killings as a genocide.

For decades, measures recognising the Armenian genocide stalled in the US Congress and US presidents have refrained from calling it that, stymied by concerns about relations with Turkey and intense lobbying by Ankara.

Turkish President Tayyip Erdogan had established a close bond with former US President Donald Trump, but he has yet to speak to Biden since he became president on Jan. 20.

While Turkish and US officials have held talks since then, the Biden administration has stepped up pressure on Turkey by frequently expressing its discontent over Ankara’s human rights track record, and the gap between the two sides over a host of issues including Turkey’s purchase of Russian weapons systems and policy differences in Syria remains.

Any move by Biden to recognise the mass killings as a genocide will further harm already strained ties between the Nato allies, Turkish Foreign Minister Mevlut Cavusoglu said on Tuesday.

Erdogan discussed the issue with his High Consultations Council, his office said today.

“Our President has stated that they will continue to defend truths against the so-called Armenian genocide lie and those who support this slander with political motivations,” it said.

Ian Bremmer, founder of the Eurasia Group research and consulting firm, said Biden’s expected move reflected the deteriorating relationship between the Nato allies, but Erdogan’s response would likely be limited.

“Erdogan is ... unlikely to provoke the US with actions that could further undermine Turkey’s weak economy,” he said.

In 2019, the US Senate passed a non-binding resolution recognising the killings as a genocide, in a historic move that deeply angered Turkey.

Representative Adam Schiff and a group of 100 bipartisan lawmakers sent a letter to Biden this week urging him to follow through on his campaign pledge and “right decades of wrongs.” — Reuters

These were the details of the news Biden expected to recognise massacre of Armenians as genocide, say sources for this day. We hope that we have succeeded by giving you the full details and information. To follow all our news, you can subscribe to the alerts system or to one of our different systems to provide you with all that is new.