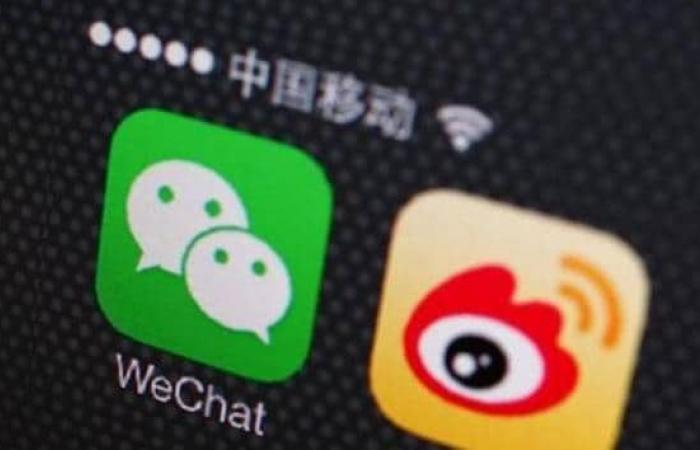 You are now following the details of the China feminists face clampdown, closure of online accounts news and now we leave you with the details

Mohamed Nass - Cairo - China’s feminist movement has been facing another wave of crackdowns, with dozens of social media accounts run by feminist activists abruptly shut down in recent weeks.

The accounts have been removed from the popular micro-blogging site Weibo, as well as the online platform Douban, which claim the suspended accounts contain “extreme and ideological content.”

It all began with a post shared by prominent Chinese feminist activist Xiao Meili on Weibo in March. In the post, Xiao recounted how she tried to stop a customer from smoking inside a hotpot shop, but the man became agitated and threw a cup of hot liquid at her and her friends.

She uploaded the videos and wrote about the incident. While she reached a private settlement with the customer, she began to receive threatening messages on Weibo, with many including personal attacks.

She was even accused of being supportive of “Hong Kong independence,” which she blatantly denied. However, Weibo still decided to remove her account and online channel.

Following the removal of Xiao’s account, several Chinese feminists came to her defense on Weibo, and soon, their accounts were also removed from the social media platform.

On April 13, activist Liang Xiaowen issued a public statement, detailing how she has received hundreds of messages on Weibo that contain personal “vicious and anti-women” attacks.

Liang revealed she has since filed a civil lawsuit against Weibo, demanding the company restore her account on the platform.

“More than 20 feminists’ Weibo accounts have been removed and the number keeps growing,” she wrote in an open letter.

“Douban has also shut down several feminist groups. The online space that Chinese women worked hard to create has been ruthlessly shut down.”

In a statement, Weibo claimed the accounts of Liang Xiaowen and other Chinese feminists were removed after the platform received complaints from users regarding posts containing “illegal and harmful information.”

Weibo reiterated that it is an open platform, which tolerates different opinions. However, it stressed that users should not incite antagonism between groups or promote a boycott culture.

Lu Pin, a prominent Chinese feminist, has also been targeted by the latest crackdown.

She said that while it is hard to determine whether their accounts were removed because of orders from Beijing, it is clear that there are no feminist-friendly social media platforms in China.

“Even though these social media platforms’ operations and revenues rely heavily on female users, they still keep cracking down on feminist perspectives and discussions,” Lu told DW.

“While feminists won’t simply disappear following the latest crackdown, I believe the goal of this campaign is to make it harder for feminists to gather online,” she added.

She admits that it will now become harder for women to gather their voices when experiencing difficulties or injustice.

“This is one of the scary aspects of blocking feminist accounts on social media,” Lu said. “Even though most feminists know how to use the internet, the move will further weaken the feminist movement’s momentum in China.”

Wang Yaqiu, China researcher at Human Rights Watch, points out that the attack on feminism over the last few weeks shows “there are no enclaves of any kind of civil society activism” in China.

“Now even that’s gone. I think it really shows there are no enclaves of any kind of civil society activism. It’s very sad.”

“They are doing this out of their need to survive in China, and they don’t need to pay any price for doing so,” she told DW. “The social media platforms are siding with those in power, which is why they are willing to launch the crackdown.”

Unlike previous crackdowns, Lu Pin said the scariest aspect of the latest one is the political stigmatization of feminists by Chinese netizens.

“Even if we recreate accounts, we no longer have the legitimacy that we used to have because we have been politically stigmatized,” Lu told DW.

“Feminists in China want to create a safe online space for the community, but such a space no longer exists in China.”

While being surveilled and censored is a common experience among Chinese internet users, feminists are still trying to search for new spaces to operate amid constant crackdowns and censorship.

“Weibo has now removed our accounts, but WeChat hasn’t done that yet, so we will continue to share information related to feminism on WeChat,” Lu said, referring to the mutli-purpose app. “When WeChat begins to remove our accounts, we will find another platform. We need to find our opportunities amid censorship and chaos.”

Lu added that when feminists are politically stigmatized in China, the general public also avoids being associated with them, which creates a chilling effect. “If we no longer have a safe space, it will be hard for feminists to keep in touch, and this has become a new reality for us,” she said.

These were the details of the news China feminists face clampdown, closure of online accounts for this day. We hope that we have succeeded by giving you the full details and information. To follow all our news, you can subscribe to the alerts system or to one of our different systems to provide you with all that is new.

NEXT Beefed-up Israel police clash with Palestinians in Jerusalem