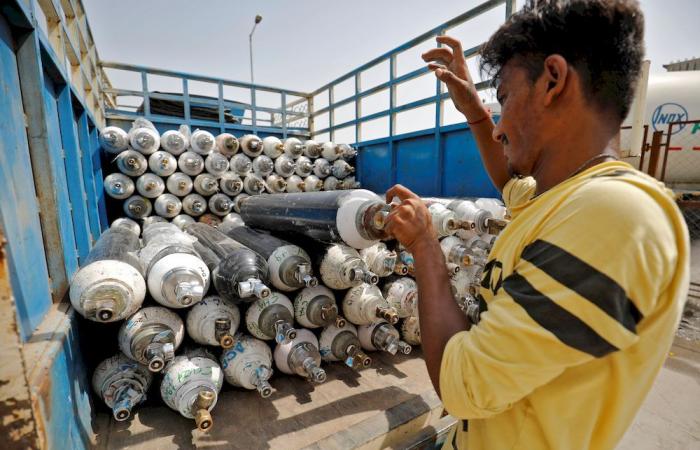 NEW DELHI, April 22 — India recorded the world’s highest daily tally of 314,835 Covid-19 infections today as a second wave of the pandemic raised new fears about the ability of crumbling health services to cope.

Health officials across northern and western India, including the capital, New Delhi, said they were in crisis, with most hospitals full and running out of oxygen.

Some doctors advised patients to stay at home, while a crematorium in the eastern city of Muzaffarpur said it was being overwhelmed with bodies, and grieving families had to wait their turn. A crematorium east of Delhi built funeral pyres in its parking lot.

“Right now there are no beds, no oxygen. Everything else is secondary,” said Shahid Jameel, a virologist and director of the Trivedi School of Biosciences at Ashoka University.

“The infrastructure is crumbling.”

Six hospitals in New Delhi had run out of oxygen, according to a tally shared by the city government, and the city’s deputy chief minister said neighbouring states were holding back supplies for their own needs.

“It might become difficult for hospitals here to save lives,” Manish Sisodia said in a televised address.

Another 2,104 people died in the space of a day, taking India’s cumulative toll to 184,657, according to the health ministry data. The previous record rise in cases was in the United States, which had 297,430 new cases on one day in January, though its infection rate has since fallen sharply.

In the western city of Ahmedabad, a man strapped to an oxygen cylinder lay in the back of a car outside a hospital as he waited for a bed.

“We never thought a second wave would hit us so hard,” Kiran Mazumdar Shaw, executive chairman of the healthcare firm Biocon, wrote in the Economic Times.

Similar surges of infections, notably in South America, are threatening to overwhelm other health services.

China said it was willing to help India, although it was not immediately clear what this might consist of.

Only a tiny fraction of the Indian population has received a vaccination.

Authorities have announced vaccines will be available to anyone over 18 from May 1, but experts say there will not be enough for the 600 million people who will become eligible.

Health experts say India let its guard down during the winter, when daily cases were about 10,000 and seemed to be under control, and lifted restrictions to allow big gatherings.

New, more infectious variants of the virus, in particular a “double mutant” variant that originated in India, have helped accelerate the surge, but many also blame the politicians.

Prime Minister Narendra Modi’s government ordered an extensive lockdown in the early stages of the pandemic but has been wary of the economic costs of more tough restrictions.

In recent weeks, the government has been criticised for holding packed political rallies for local elections and allowing a Hindu festival at which millions gathered.

“The second wave is a consequence of complacency and mixing and mass gatherings. You don’t need a variant to explain the second wave,” said Ramanan Laxminarayan of the Center for Disease Dynamics, Economics and Policy in New Delhi.

This week, Modi urged state governments to use lockdowns as a last resort. He asked people to stay indoors and said the government was working to expand oxygen and vaccine supplies.

He cancelled a visit to West Bengal scheduled for tomorrow.

Most donned saffron-coloured face-masks — in sharp contrast to the thousands seen at similar gatherings this month — but were still seated close together.

“We are dying here, and they are holding rallies there,” one woman in the northern city of Lucknow said on television.

Madhukar Pai, professor of epidemiology at McGill University in Canada, said India was a cautionary tale for the world.

“If we declare success too soon, open up everything, give up on public health, and not vaccinate rapidly, the new variants can be devastating,” he tweeted. — Reuters

These were the details of the news India posts world record Covid cases with oxygen running out for this day. We hope that we have succeeded by giving you the full details and information. To follow all our news, you can subscribe to the alerts system or to one of our different systems to provide you with all that is new.