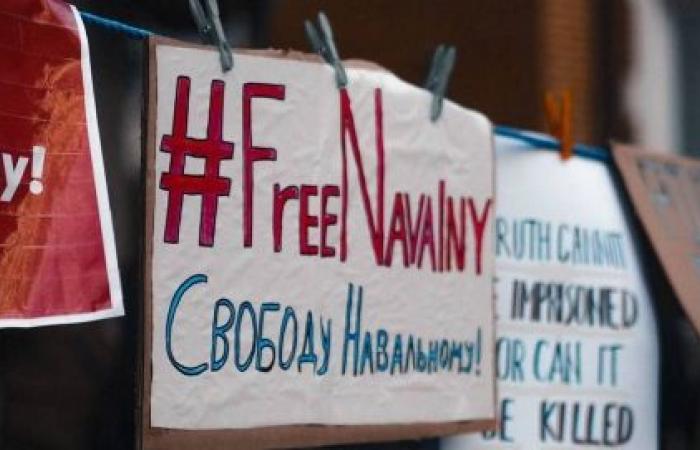 “We believe Navalny’s life is in serious danger,” the UN independent human rights experts said in a statement.

“He has been incarcerated under harsh conditions in a high-security penal colony and denied access to adequate medical care. Despite having recently been transferred to a hospital, doctors of his own choosing have not been allowed to visit him.”

Navalny, a longtime Kremlin critic, was arrested and detained in January when he returned to Russia from Germany, where he was receiving treatment after falling violently ill on a flight in August 2020. Toxicology reports later determined he had been poisoned with Novichok, a Soviet-era nerve agent.

In February he was sentenced to more than two years in prison for alleged parole violations while he was abroad. In early March, reports emerged of a sharp deterioration in his health. Prison authorities reportedly failed to provide him with adequate medical care or to allow his own doctors to visit him, the experts said, citing information they had received.

Navalyny began a hunger strike in protest on March 31 and was transferred to a prison hospital this week.

“We are deeply troubled that Navalny is being kept in conditions that could amount to torture or cruel, inhuman or degrading treatment or punishment in a facility that reportedly does not meet international standards”, the UN experts said.

They stressed that under international human rights law, the State bears responsibility for the care and “bodily integrity” of detained persons, irrespective of the reason for their detention.

The Russian Government must take all necessary measures to protect Navalny’s physical and mental health, and well-being, they added.

“We are extremely concerned that the current danger to Navalny’s life, his most recent incarceration and the past attacks on him, including an attempt against his life last August with the nerve agent Novichok, which the Russian authorities have yet to effectively investigate, are all part of a deliberate pattern of retaliation against him for his criticism of the Russian Government and a gross violation of his human rights”, the experts said.

They urged the authorities to ensure that Mr. Navalny has access to his own doctors, and to allow him to be evacuated abroad for urgent medical treatment, as they did in August 2020.

The four UN Special Rapporteurs who issued the statement were appointed by the UN Human Rights Council to monitor specific issues such as torture, freedom of opinion and expression, and the right to physical and mental health.

They are neither UN staff, nor do they receive a salary from the Organization. — UN news

These were the details of the news Rights experts call for immediate medical evacuation of Russia's opposition leader for this day. We hope that we have succeeded by giving you the full details and information. To follow all our news, you can subscribe to the alerts system or to one of our different systems to provide you with all that is new.