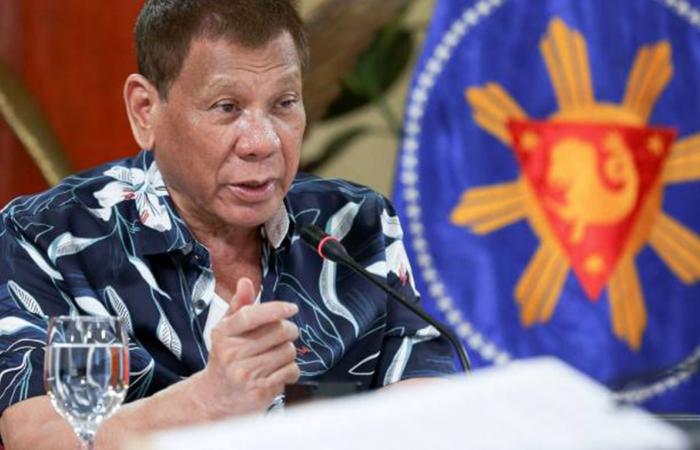 “We cannot justify the denial of basic human rights and fundamental freedoms to any individual, regardless of status,” Duterte said in his video message during a virtual forum on labor mobility and human rights organized by the Department of Foreign Affairs (DFA) and Saudi Arabia’s Ministry of Human Resources and Social Development (HRSD).

“This is why the Philippine government strongly calls for the complete abolition of the kafala system — sooner rather than later.”

The kafala system requires migrant workers to have a sponsor in the host country before a visa or worker’s permit can be issued. Duterte said the system has led to inhumane working conditions, non-payment of wages, movement restrictions, healthcare denial, and sexual abuse of overseas Filipino workers.

Citing the example of labor reforms introduced by Saudi Arabia, Oman, Qatar and Bahrain, Duterte thanked the Kingdom for improving the conditions of migrant workers.

“I’m hopeful that Saudi Arabia’s labor reform initiative will significantly improve the working conditions of migrant workers in the Kingdom, including the 800,000 Filipinos,” he said.

He added that the Philippines “recognizes the sovereign right of each state to adopt its own migration policy” but stressed that there are universal liberties and moral standards that must be adhered to at all times.

“The kafala system is unjust and exploitative,” he said at the forum.

“We are all familiar with many painful stories of abuse — from inhumane working conditions to non-payment of wages; from the restriction of movements to denial of healthcare; and from sexual exploitation to outright murder. For the Philippines and Filipinos, these tales are realities that hit us hard. This has got to stop.”

Duterte said the government also assumed its share of responsibility in ensuring that Filipinos live in safety and dignity, wherever they may be.

“As I have said before, the Filipino is not a slave to anyone, anywhere,” he said. “I dream of the day when working abroad becomes a choice and not a need for my countrymen. We continue to bravely speak against the ills of the kafala system. We will be relentless in our efforts to dismantle this unjust structure.”

Duterte highlighted the migrant workers’ contributions to growth and development in both origin and destination countries.

“But this comes with costs and challenges to both sides,” he said. “To be truly sustainable and transformative, migration must work for all stakeholders. This is our collective challenge and our shared responsibility.”

“We are moving forward to our goal for migrant protection in accordance with decency and equal respect,” he said in a video message.

Meanwhile, DFA Undersecretary for Migrant Workers’ Affairs Sarah Lou Arriola said the Philippines’ mission is to provide a “safe and comfortable life for all Filipinos across the globe.”

“Our job at the department of foreign affairs is even clearer. We must ensure welfare, protect the rights, and better serve all overseas Filipinos wherever they may be,” she said.

“It is worth mentioning that the labor reform initiative entered into force on March 14 and during the first month of its implementation, more than 15,000 expatriate workers of different nationalities in all regions of Saudi Arabia benefited from its services,” Al Harbi said.

The forum also included representatives of the International Organization for Migration, who said these initiatives were consistent with “international strategic principles and objectives that promote the creation of a labor market that primarily protects human rights.”

These were the details of the news Duterte calls for abolition of kafala system for this day. We hope that we have succeeded by giving you the full details and information. To follow all our news, you can subscribe to the alerts system or to one of our different systems to provide you with all that is new.