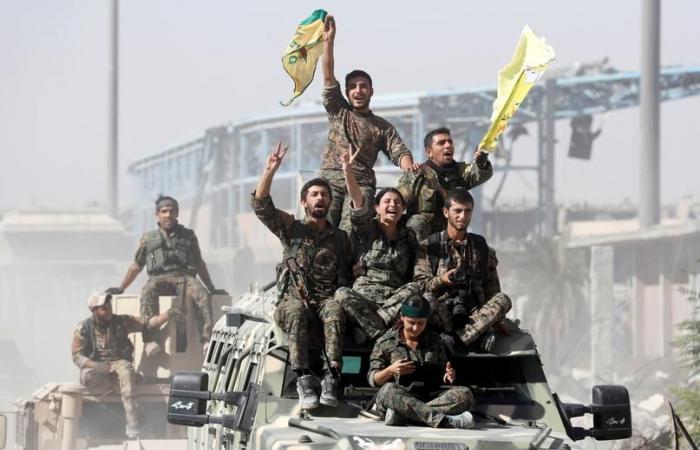 You are now following the details of the Clashes between Kurdish, government forces kill 1 in Syria news and now we leave you with the details

Mohamed Nass - Cairo - BEIRUT (AP) — Kurdish security forces said Wednesday that Syrian government-allied fighters killed one of their personnel in an overnight attack on a checkpoint, in a city the two groups share control of in northern Syria.

Intense firefights could be heard across the city overnight. Kurdish security forces deployed around Qamishli, taking cover behind walls and firing at the government-allied group in the distance.

It was not immediately clear what triggered the attack on the checkpoint. There was no official report from the Syrian government or its allied forces.

Qamishli in northeastern Syria is mainly controlled by the Kurdish forces, although government troops and allied militia have a security presence near the airport and other neighborhoods.

Tensions occasionally flare between the two sides over territory, leading to fighting. Violence also breaks out during political disputes between the Kurdish group, dominant in Syria’s northeast, and the central government in Damascus.

The Kurdish security forces accused the government-allied forces of seeking to “sow sedition and create instability for the people of our areas.”

The Kurds, Syria’s largest ethnic minority, have carved out a semi-autonomous enclave in Syria’s north since the start of the civil war in 2011. In the area, the dominant Kurdish group, which has allied with the United States to combat Islamic State militants in the area, has developed its own administration and controls most of Syria’s oil resources.

These were the details of the news Clashes between Kurdish, government forces kill 1 in Syria for this day. We hope that we have succeeded by giving you the full details and information. To follow all our news, you can subscribe to the alerts system or to one of our different systems to provide you with all that is new.