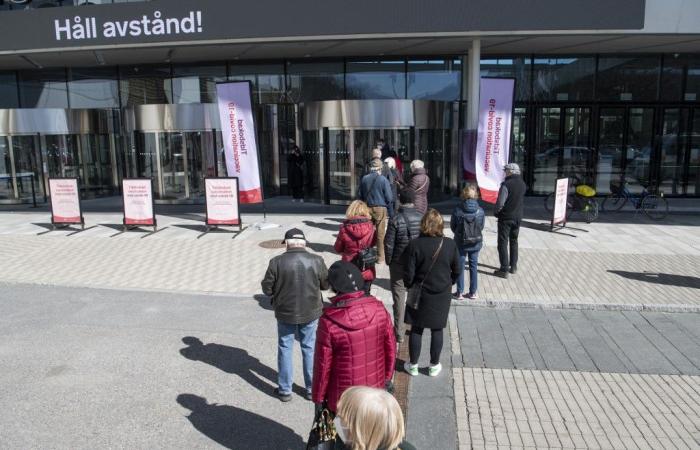 STOCKHOLM, April 21 — The Swedish government warned of new and tougher steps if people chose to ignore existing Covid-19 restrictions and further raised pressure on healthcare services already struggling to cope with a third wave of the disease.

Sweden, whose still mostly voluntary measures has made it an outlier in its response to the pandemic, has seen the number of people in intensive care rise to its highest level since the initial outbreak a year ago.

In some regions, intensive care has been filled to maximum capacity and the number of available beds for those worst ill is below 20% across the nation.

“There is no room now to start living as if the pandemic is already over. The infection rate does not go down by itself,” Minister for Health and Social Affairs Lena Hallengren told a news conference.

Hallengren stressed the need to adhere to existing rules and recommendations but said she did not rule out stricter measures if the situation deteriorated. She did not elaborate on what steps could be taken or what would trigger them.

On Wednesday, a total of 409 people were treated at intensive care units in Sweden compared to about 560 at the height of the deadly first wave of the virus last year.

Sweden, which has shunned lockdowns and kept schools, businesses and restaurants largely open, registered 7,510 new coronavirus cases on Wednesday and 38 new deaths, taking the total to 13,863. The deaths registered have occurred over several days and sometimes weeks.

Data from the European Centre for Disease Control this week showed Sweden had among the highest number of new cases per capita in the European Union during the last 14-day period, but paradoxically also among the lowest deaths.

Sweden’s Health Agency has said the relatively low death toll is due to vaccinations having a positive effect. Sweden has administered 2.6 million doses, meaning 23.7 per cent of the adult population has received at least one dose. — Reuters

These were the details of the news Swedes warned of new pandemic measures if healthcare pressure rises for this day. We hope that we have succeeded by giving you the full details and information. To follow all our news, you can subscribe to the alerts system or to one of our different systems to provide you with all that is new.